You may be aware that Phillips is set to hold its inaugural watch auction on the weekend of May 9 and 10, 2015. To be more precise, there will be two auctions: one called Glamorous Day-Date (Saturday, May 9) and one entitled The Geneva Watch Auction: One (Sunday, May 10). Phillips is a relative newcomer to the world of highly collectible timepieces. In fact, its new-found attraction to watches came about thanks to a partnership with the highly experienced Bacs & Russo team. Aurel Bacs and Livia Russo were most recently the instrumental elements in lifting Christie’s to practical domination of the watch auction world in recent years. During their time with Christie’s watch department, the auction house experienced growth from $8 million to $130 million.

Therefore, I wasn’t really sure what to expect when I was asked to attend a preview of a selection of the stunning timepieces featuring in The Geneva Watch Auction: One. 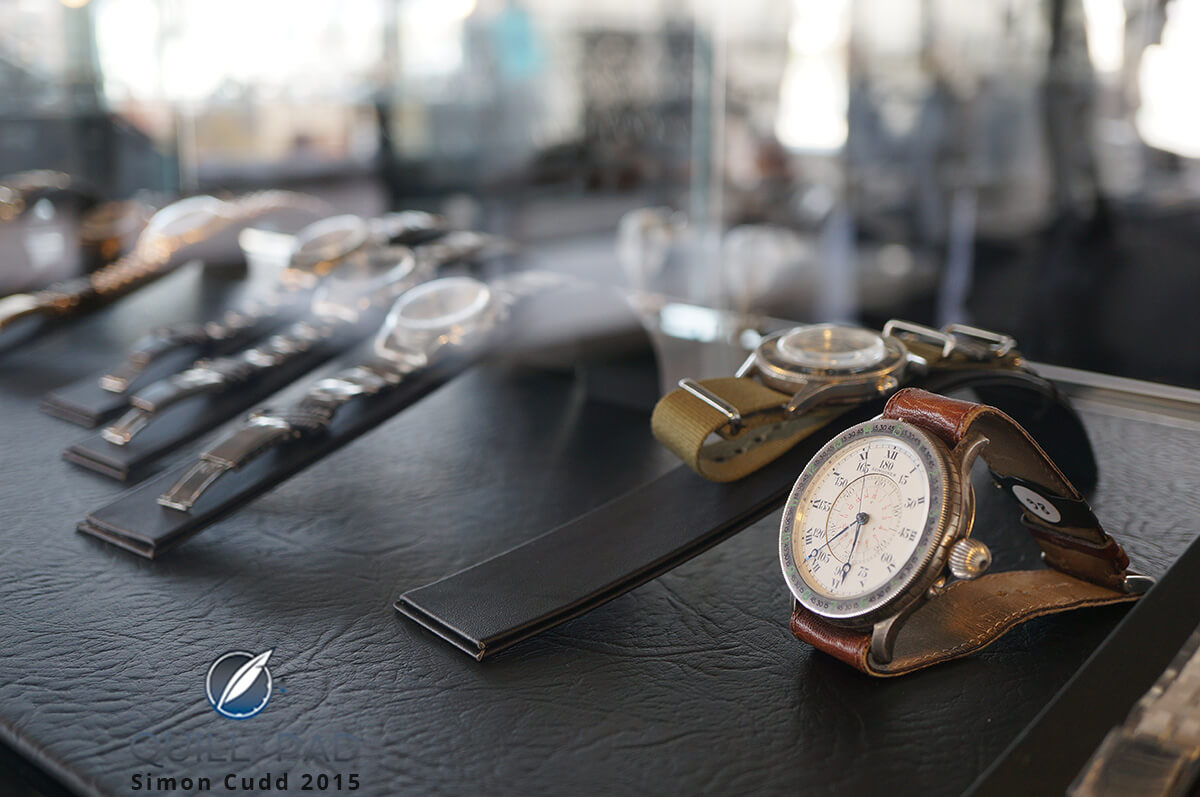 A selection of rare and collectible watches at the preview of Phillips’ Geneva Watch Auction: One

Amongst the cool, contemporary furniture on display on the seventh floor of the Phillips building in the heart of Mayfair, there stood a long glass cabinet containing an array of vintage watches from top-end brands such as Patek Philippe, Rolex, Vacheron Constantin, and Jaeger-LeCoultre, just to name a few. View over London from the Phillips auction preview in Mayfair

The showcase was breathtaking, and the view from the balconies over London made for a very heady mix on this crisp spring morning. This 164-lot auction contains a few watches that will certainly raise some pulses, starting with the Patek Philippe 130 from 1927, a rare monopusher with expectations of potentially reaching 2 million Swiss francs. Here I also spied an Aqua-Lung by Blancpain from 1954, which was the precursor to the legendary Fifty Fathoms. It boasts an estimate of 20,000-30,000 Swiss francs. Then, of course, there is the Rolex Cosmograph Daytona Oyster “Albino” Reference 6263, which was once owned by legendary guitarist and watch collector Eric Clapton. It was nicknamed “Albino” as it is an exceedingly rare, white-dialed version of Reference 6263, which usually sports black chronograph totalizers (hence the nickname: this version has white totalizers). It carries an estimate of 50,000-100,000 Swiss francs. For a full description of this particular timepiece, please read Elizabeth Doerr’s  Eric Clapton’s Rare Rolex Cosmograph Daytona 6263 Oyster Albino Goes Up For Auction. 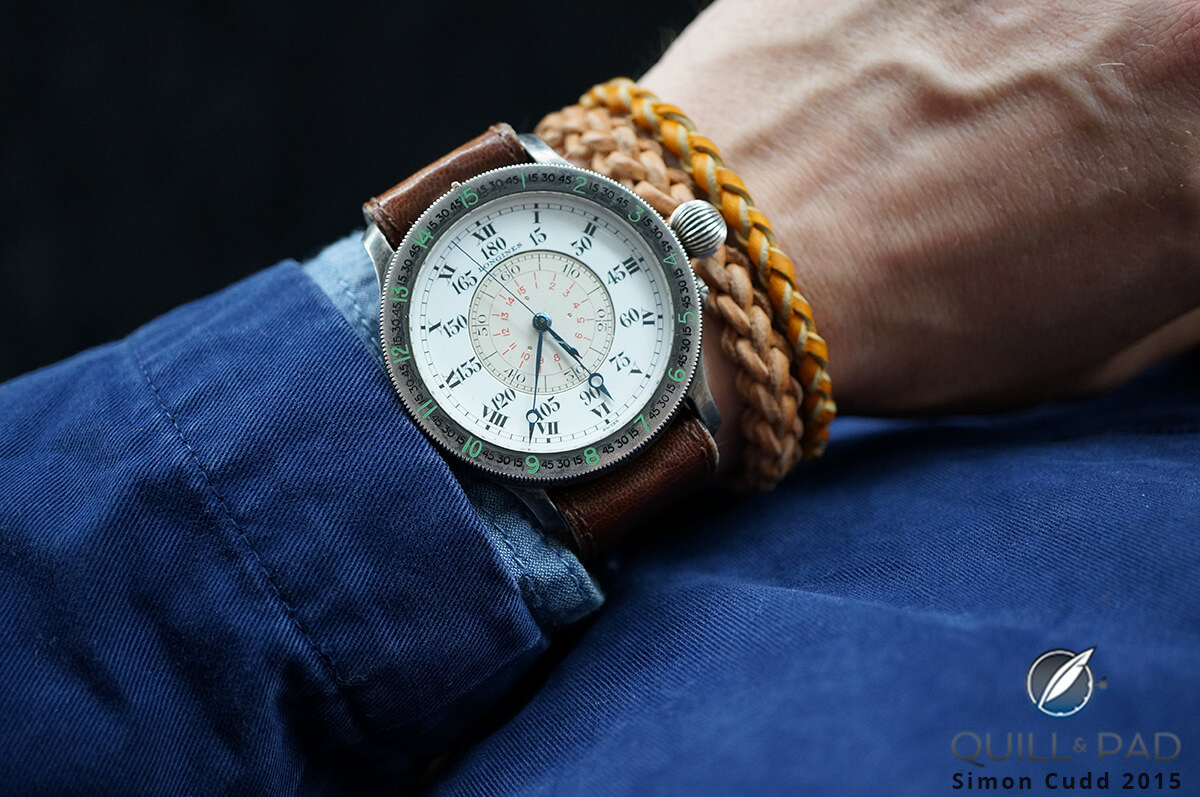 As a fan of watches of all generations and types, it was a breathtaking experience to see watches of this caliber “in the metal,” so to speak, to photograph them, to be able to try them on, and to experience the same feelings their owners might have had when they first acquired them all those years ago. Very nostalgic. In the images that I took featured here, I hope you can experience what they were like to try on, their patina, the aged Plexiglas, the faded bezels, the worn edges, the size, and their sheer presence.

The Geneva Watch Auction: One will take place in Geneva on May 10 at 7:00 pm. For full details on the auction, please visit www.phillips.com.

To learn a bit more about Simon Cudd, who is the latest addition to the Quill & Pad team, please see Introducing Resident Visual Enchanter Simon Cudd.