Strolling through the 2016 Geneva Motor Show, it once again hit me just how many supercar manufacturers have such a splendid talent for combining genius in both design and technology. Below I’ll share a rundown of a few of my favorites from the show, but first like to pose the question: what would high-powered cars like these be without the right tires?

One of the biggest issues of the new Bugatti Chiron – which was perhaps the most talked-about launch of the 2016 Geneva Motor Show – was working out how to make road tires capable of doing 450 kph (280 mph).

Tires, the watch straps of the car world, do struggle for attention. And as such, their producers do their best to remind you of their importance with generously proportioned stands at the open-to-the-public show. The friendly Pirelli smile at the 2016 geneva Motor Show

And thank you, Pirelli tires, for the Pirelli calendar girls who “tirelessly” hang out on the stand in their short skirts and high heels, providing photographers with a great smile just for the asking.

Sorry, I got lost in thought there for a moment. Here, without further ado, are my top picks for supercar introductions at the 2016 Geneva Motor Show. 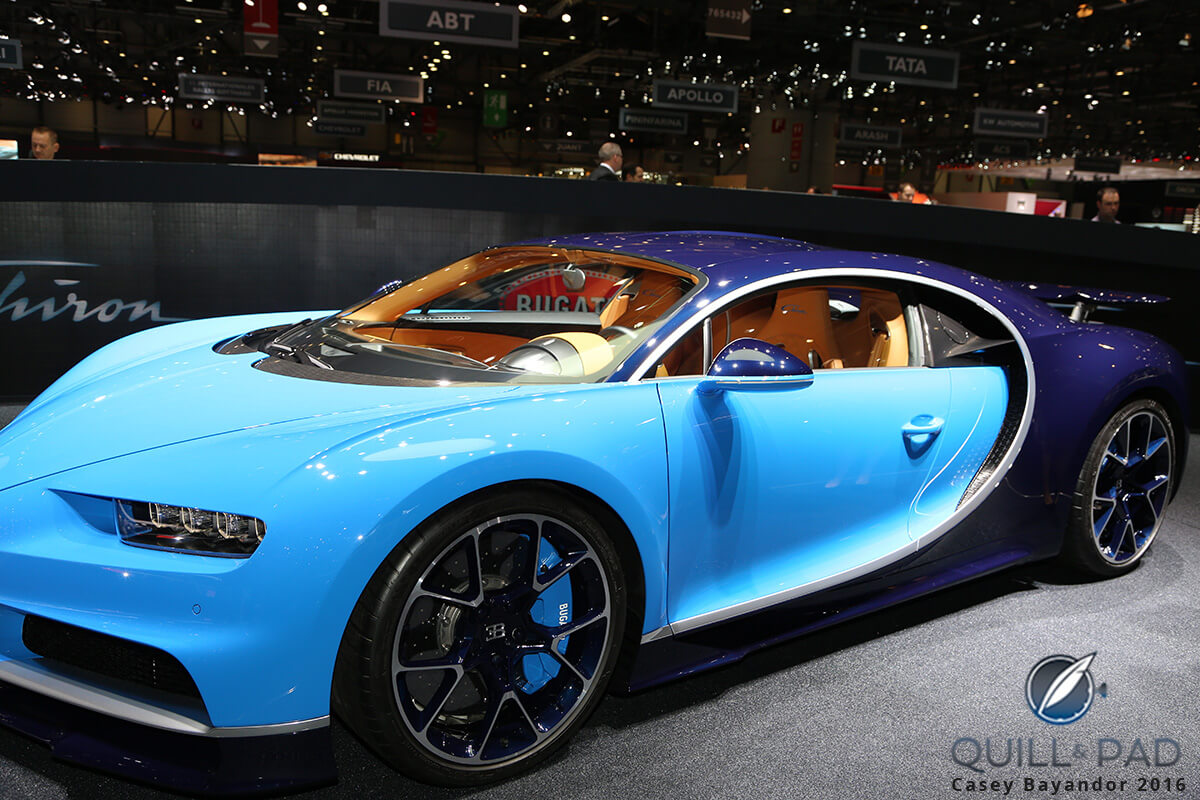 This is the long-awaited successor to the Bugatti Veyron, a car epitomizing everything that everyone loves about supercars. What I love about this car – and the Bugatti brand in general – is that it’s one of the oldest auto manufacturers in the world, and it’s still all handmade. The Chiron is the fastest and most luxurious road car ever produced. This is what the 8 liter, 1,500 HP, 4 turbocharger motor of the Bugatti Chiron looks like I have just one word for this automobile: brutal! The Koenigsegg Regera is perhaps the most insane – and powerful – hybrid car ever created. Pagani Huayra BC at the 2016 Geneva Motor Show

Italian design coupled with German engineering . . . well, at least for the engine! The Pagani Huayra BC is pure, unadulterated exclusivity. What more can one ask from life? Pagani Huayra BC at the 2016 Geneva Motor Show Based on the GT3 RS, the 911 R was elaborated for Porsche purists to include a manual gearbox and a lighter, aspirated engine. It feels like a collector’s item is born. Based on Rimac’s Concept One, the Croatian Concept S supercar is lighter, faster, and more powerful than its predecessor. A tribute to company founder Ferruccio Lamborghini, the Lamborghini Centenario celebrates the one-hundredth anniversary of his birth. So which one of these would I pick? If I had to choose, given a choice, I’d take one of each.

As that’s not an immediate option, my vote would go to the most reasonable one: the Porsche 911R, which would not pressure me into upgrading my house and other belongings to match the car! My 5 Favorite Supercars (And A Superwatch) At The 2018 Geneva Motor Show, From Koenigsegg, Hennessey, McLaren, Pagani And Pininfarina Jacob & Co Bugatti Chiron Tourbillon: As Exuberant And Fun As The Hypercar It Is Inspired By (Video)