Walter Cronkite and Peter Jennings may not be familiar names to millennials, but to anyone born in or before the 1970s those names will resonate strongly: they were two of the best known and most respected broadcast journalists on American television, between them breaking the news of many historic and important events to viewers in the United States and around the world.

He was the first to break the news to the American public of the assassination of President John F. Kennedy on November 22, 1963.

Cronkite was also very passionate about the United States space program from the beginning of the Mercury missions all the way through to the Space Shuttle launches. He famously spent 27 hours on air covering the historic Apollo 11 mission of mankind first landing on the moon.

Cronkite was known to wear a gold Rolex Datejust, but not too many people know he also owned the same timepiece worn by NASA’s astronauts, the now-iconic Omega Speedmaster chronograph.

It is interesting to note that Cronkite wore a two-register Omega chronograph powered by manually wound Caliber 320 before getting his Speedmaster. He is pictured wearing it while holding a model of Gemini 4, which went to space in June of 1965.

The earliest sighting of the Speedmaster on Cronkite’s wrist is from a 1971 cover of Life magazine with him at the helm of a sailboat. I believe that it was due to his love of the space program that Cronkite purchased the Speedmaster. This way he could own the same timepiece that went to the moon.

The watch was seen on his wrist periodically after that. In the undated photo below – which was obviously taken later in life – it is clearly to be seen on his wrist (if you’re not too distracted by the kittens). 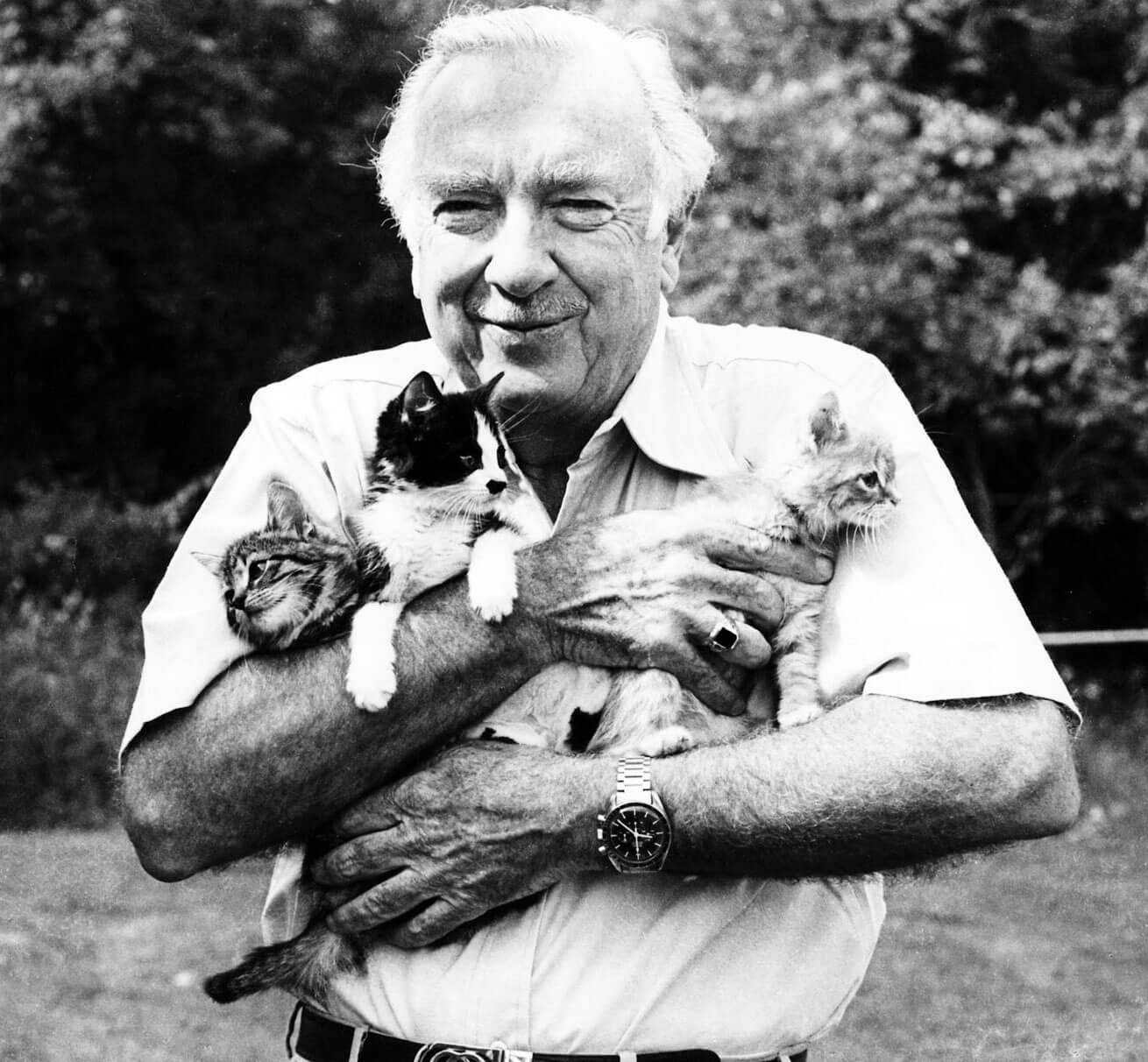 Peter Jennings was the sole anchor of ABC World News Tonight from 1984 to 2005. Before becoming an anchorman, he made a name for himself as a journalist specializing in foreign correspondence in the Middle East.

Jennings was known for spending long hours on air for significant breaking news stories – like the 20 of the initial 48 hours he spent reporting on the first Gulf War on January 16, 1991. During the tragic events of September 11, 2001 he spent 17 straight hours providing coverage and updates.

I came across a photo from 1974 of Jennings sporting a Heuer Monaco chronograph. Jennings wore his on a mesh bracelet and alternated between that and the original perforated leather strap that came with the watch. See much more about the long history of this watch in First 3 TAG Heuer Monaco Limited Editions In Celebration Of 50 Years Of The First Automatic Chronograph.

Only two other people of note have been known to wear a Monaco that I can recall. The first is Steve McQueen, who wore one in Le Mans, boosting the initial popularity of the watch. The other was singer and entertainer Sammy Davis Jr., who was photographed sporting a Monaco when visiting U.S. troops in Vietnam.

As luck would have it, Cronkite and Jennings happened to be photographed together wearing their respective watches as they both attended the launch of the Apollo-Soyuz Test Project at the Kennedy Space Center on July 15, 1975. Jennings was wearing his Monaco on its leather strap and Cronkite his Speedmaster on a steel bracelet.