Patek Philippe Nautilus: One Analysis Of How Prices Have Changed Over Four Years

Dr. Pierre-Nicolas Schwab is the founder of IntoTheMinds, a market research website with excellent analytical information on many market segments, including luxury watches. Schwab has kindly allowed us to republish this article tracking the price evolution of Patek Philippe’s Nautilus, including a breakdown of which precise models, case materials, and even bracelet options have appreciated the most.

How much does a Patek Philippe Nautilus cost? How will Nautilus prices evolve? Answering these questions, as relevant as they are, has become extremely difficult following the bubble formed in the luxury men’s watch market. Some models have seen their prices explode. The Nautilus from Patek Philippe is one of them. This article analyzes the price history of 31 Patek Philippe Nautilus models. We reveal the models that have gained an absolute value, the most dramatic relative increases, and the influence of case and bracelet material. These analyses are indispensable if you want to invest or simply treat yourself. 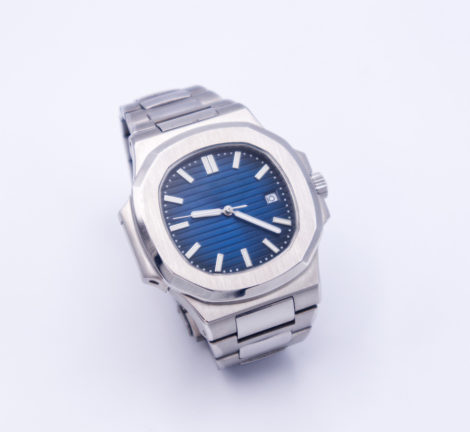 To realize this research, we based ourselves on this guide dedicated to the Patek Philippe Nautilus to cover the most significant models. We have selected 37 Nautilus models, which you will find listed at the end of this article.

For each of them, we have collected historical sales data and analyzed the evolution of several indicators between January 2018 and February 2022:

Ultimately, the analysis focused on the data collected for 31 Nautilus models.

Which Patek Philippe Nautilus models have increased in value the most? 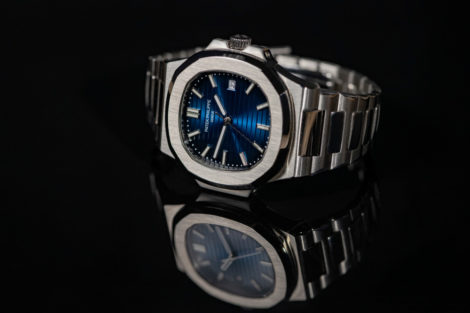 The first analysis we deliver is about the gains in absolute value.

The model that has gained the most value is the Patek Philippe Nautilus 5976/1G-001: its value has increased by almost €550,000 since 2018. This white gold model was released in 2016 for the 40th anniversary of the Nautilus. This anniversary model was a limited edition (1,300 pieces) and was, logically, reserved for the brand’s best customers. One example sold in May 2022 at Christie’s for €915,000, well above its high estimate. This was undoubtedly due to its mint condition, which made this example particularly desirable to buyers and made it an exciting investment piece.

On the second step of the podium is the Patek Philippe Nautilus 5711/1R-001. This is an all rose gold model that would have been produced in approximately 1,200 pieces. This model had rapidly increased, and at the peak of its form in February 2022 it had an average gain of nearly €330,000. The market has since turned around, and the 5711/1R-001 has fallen significantly. Recent auction results show a value of approximately $200,000.

On the third step of the podium is the Patek Philippe Nautilus 5980/1R-001. This is a pink gold Nautilus (case and bracelet) with the same complication (chronograph) as the anniversary model 5976/1G-001 on the podium’s top step. This model has been very fashionable and in February 2022 had an average selling price €290,000 higher than in January 2018. Since then, the speculative bubble has been deflating, and examples have been sold at auctions for below $300,000. This is far from a good deal, but it is clear that some models were benefiting from a craze driven by speculation.

Patek Philippe Nautilus: which models have exploded the most in relative value?

No less than seven Patek Philippe Nautilus models increased in value by at least 400% between January 2018 and February 2022, when the luxury men’s watch market peaked.

The Nautilus 5711/1R-001 mentioned in the previous paragraph has seen its value increase by 744%! It is far ahead of the other models, most of which are made of steel.

What influence does the case material have on the value of a Patek Philippe Nautilus?

Logic would dictate that precious metals are the most sought after and outperform watches made of less noble materials. This is not the case. Our analysis shows that steel Nautilus models have experienced the most dramatic growth in the last four years.

Nautilus in steel, rose gold, and gold/steel are the ones that have progressed the most. White gold increased by “only” 172%. Yellow gold seems to be the “unloved” material since Nautilus models made of this material have increased by only 33% in four years. So, there is clearly a disaffection of buyers toward yellow gold.

The last analysis concerns the influence of the strap material. Sporty models such as the Nautilus are very well suited to a bracelet in the same metal as the case. Since the speculative bubble in the luxury watch market is mainly centered around sporty models (Nautilus, Aquanaut, Royal Oak, Rolex), the influence of the type of bracelet/strap was worth asking about. Spoiler alert ☢ the result is not what you think.

The 37 Patek Philippe Nautilus models analyzed in this article:

Dr. Pierre-Nicolas Schwab is the founder of IntoTheMinds. He specializes in e-commerce, retail and logistics. He is also a research fellow in the marketing department of the Free University of Brussels and acts as a coach for several startups and public organizations. He holds a PhD in marketing, an MBA in finance, and an MSc in chemistry. You can read more of his analytical articles at www.intotheminds.com.