There were many horological highlights at SalonQP, including a plethora of new watches and seemingly as many new brands, exhibiting in public for the first time. The majority of brands exhibiting at SalonQP were happy to let the atmosphere of the Saatchi Gallery itself lend an “art” aura to their watches, which were generally displayed in fairly austere cases containing little more than a watches or some watches. And there is nothing wrong with that, if your attitude is that it’s just about the watches.

But it’s not just about the watches. If it was, then SalonQP would be just as successful if it were held in an industrial unit near the airport or train station, rather than an internationally renowned art gallery on one of the most prime bit of real estate in the world. 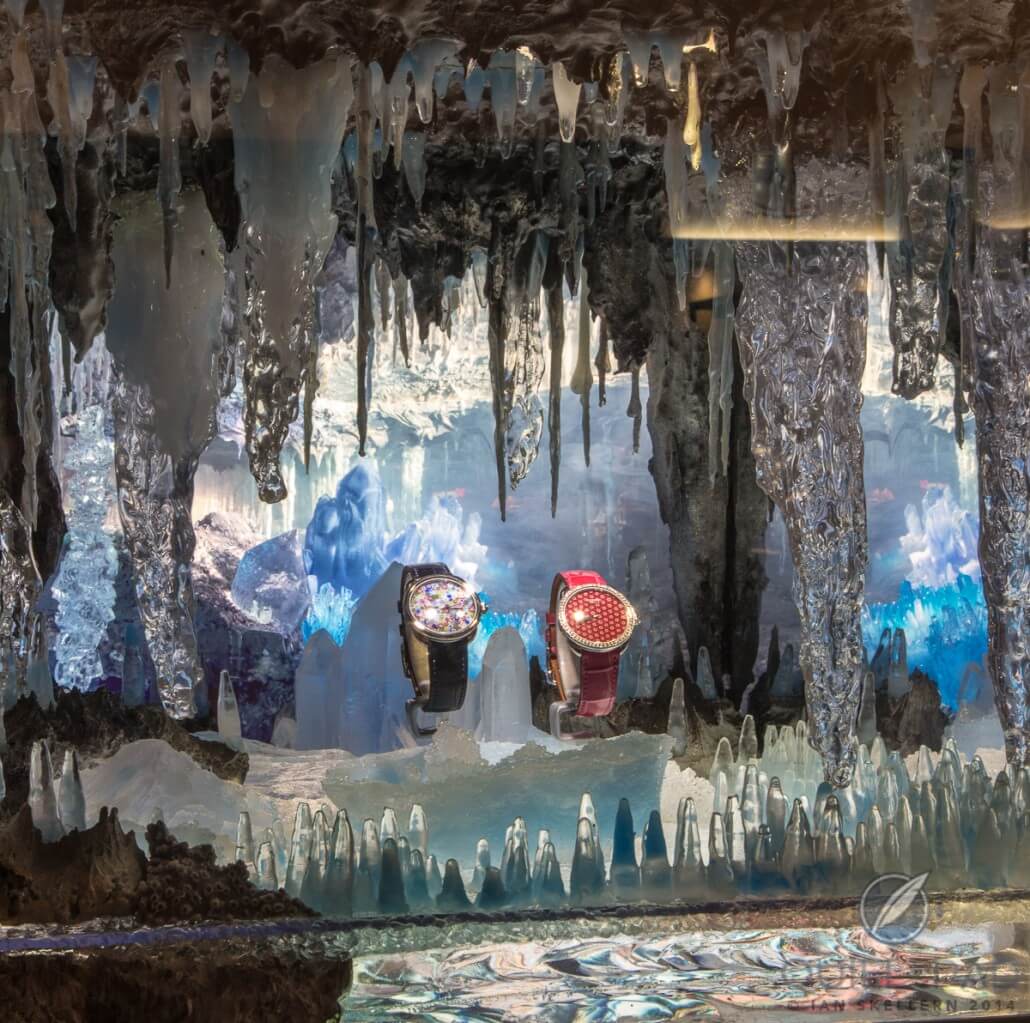 At SalonQP 2014, Hermès wasn’t content with simply allowing the Saatchi Galley to provide the “art” thematic; this perfectionistic brand actually had its watches featuring in display cases that were works of art in their own right.

Hermès watches were exhibited discreetly, almost as if they were bystanders in surreal, richly decorated landscapes and seascapes full of color, poetry, action and captivating charm.

These vibrant glass-walled environments were the exact opposite of how we have come to expect watches to be displayed, i.e. with nothing in the case to distract the viewers’ attention from the watches. Doing that naturally has the downside that at a short distance away from the case you can’t see what specific watch is inside; there is little to distinguish one display case from another. So most people simply walk past most display cases. Why stop when they all look the same and nothing particularly catches the eye? In bucking the trend, Hermès created display cases that everyone stopped at, or nearly everyone. I didn’t see anyone walk past without paying closer attention.

The Hermés display cases would have been (nearly) just a good without horological treasures inside, but remember that visitors to SalonQP are generally those that liked watches, so discovering the watches within these unusual settings just added to the visual pleasure. The Hermès display cases at SalonQP reminded me of the creative window displays in front of department stores at Christmas; displays that make you stop, think, smile and appreciate artistic sensibilities. For more, please see Roundup of SalonQP 2014: London’s Premier Watch Exhibition and How Hermès Transforms Crystal Into The Colorful Dial Of The Arceau Millefiori Watch.