I’ve been very fortunate to have visited many – if not most – of the major pen manufacturing companies around the world. Faber-Castell is, unfortunately, not one of them. But thanks to my research for the purpose of this article, the Stein, Germany headquarters is making its way straight to my bucket list of places to see next time I’m in Germany. Billed as the “Faber-Castell Experience,” the brand’s relatively new tour opportunity – which includes the Faber-Castell medieval castle, the manufactory, and the Old Lead Factory Museum and more – is open to the public on varying days throughout the week. And it promises an insightful and somewhat personal glimpse of the capabilities and aesthetics of this family company, which dates back to 1761.

Known for a broad assortment of writing instruments, including pencils and drawing and coloring instruments, Faber-Castell is also a major player in the production of wood-cased pencils for the cosmetic industry, which for some girlie reason I find fascinating.

Pen of the Year

The Graf von Faber-Castell collection – or “Graf” as it’s known to pen buffs – is the company’s top-of-the-line series of pens; it includes premium writing instruments, like the recently released Pen of the Year, among others.

This annual release, which made its debut in 2003, focuses on interesting or rare materials, or unique moments in history.

The years 2003 to 2012, for example, saw pens incorporating everything from horsehair to mammoth ivory. These “Nature’s Luxury” collections gave way to “Pillars of History,” which this year turns its attention to Schloss Schönbrunn in Vienna. In particular, it focuses on the love affair between Maria Theresa Walburga Amalia Christina, the last of the Hapsburgs, and Francis Stephen of Lorraine, whom she married in 1736. The couple spent summers at Schönbrunn Palace, a 1,441-room residence that became the cultural and political center of the Hapsburg Empire. And it is this palace that was the inspiration for the 2016 Pen of the Year, in particular its lacquered Chinese panels produced at the imperial manufactory in Beijing. The conservator of the Vieux-Laque Room at the palace, Silvia Miklin, and Japanese artist Tomizo Saratani, who specializes in the art of Maki-e, were engaged to assist in developing the motif for the pen, which is available in both a gold-plated and a platinum-plated version. Faber-Castell Pen of the Year 2016 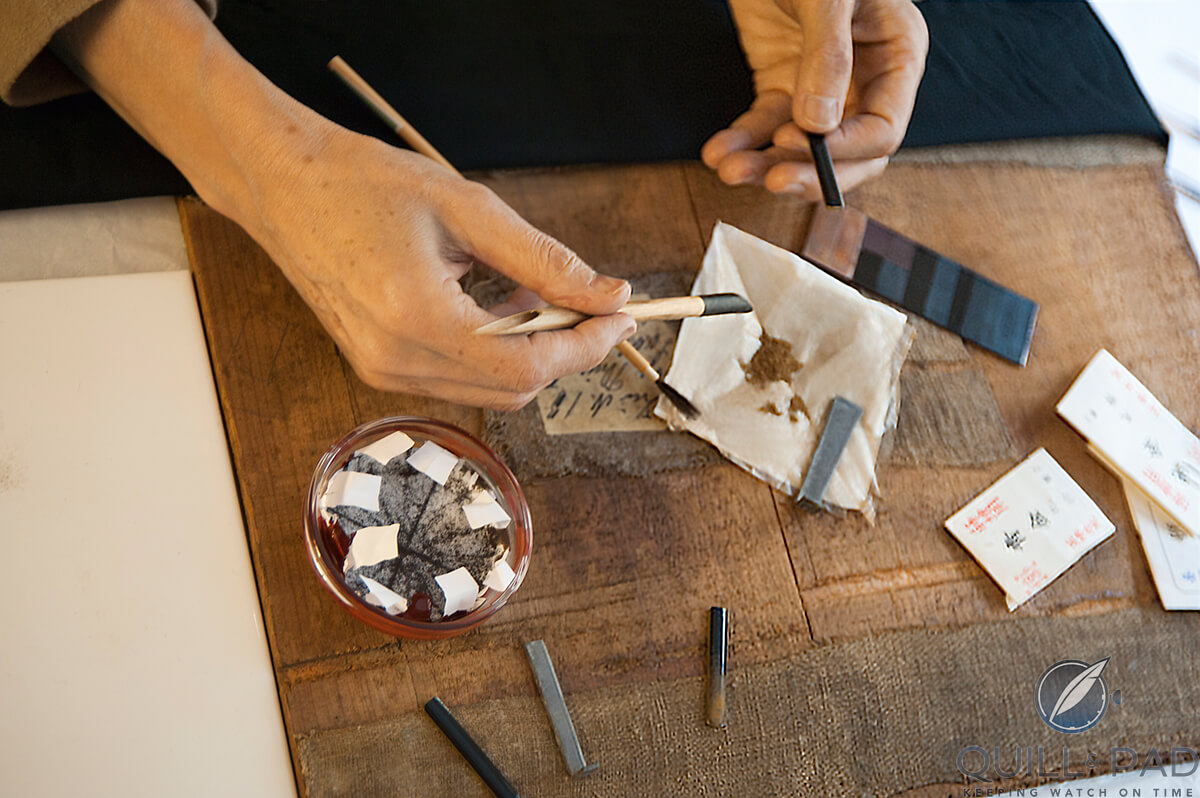 This gold-plated special limited edition features three panels on the barrel that are painted black, then polished several times by hand before an artist draws the Chinese screen-inspired design, which is then sprinkled while still wet with 24-karat gold powder in the Maki-e tradition. The gold-plated cap has a basket weave-style engraving and is crowned with a faceted onyx that is ground and polished by hand. The special limited edition comes in a wooden box with room for six additional writing instruments.