Book Review: Ferdinand Adolph Lange Is A Character In The Novel ‘Signs Of The Times’ By Christoph Scheuring

“Eternity is the opposite of time, not its principle,” one of the main characters of Signs of the Times says to Ferdinand Adolph Lange toward the end of the novel.

Zeichen der Zeit, as this book was originally called in German, is based on the fascinating concept of taking real-life historical persons and events as the framework and weaving them into a fictional story that fits into the time and place. This genre is called historical fiction, and it is a genre that I particularly love. A. Lange & Söhne’s Lange 1 on ‘Zeichen der Zeit’ (‘Signs of the Times’) by Christoph Scheuring

When Colleen McCullough used this concept to make Caesar come alive in her Masters of Rome series, I was riveted. It seemed an impossible feat to breathe life into such a well-documented figure, but McCullough achieved it with flying colors, turning the seven books into a series of bestsellers.

No less fascinating is what Christoph Scheuring has accomplished with a well-documented figure of horological history: Ferdinand Adolph Lange. Born in 1815, just over two centuries ago, many authors have already written about his life and times in establishing Glashütte’s watchmaking industry as well as one of the most legendary watch brands in the world; however, none of them have fictionalized him, actually bringing him to life with dialogue, gestures, and context.

Scheuring, who uncovered a number of interesting facts about Lange’s childhood that are not widely known, such as the reason for the gifted technician growing up with foster parents, achieved just that. 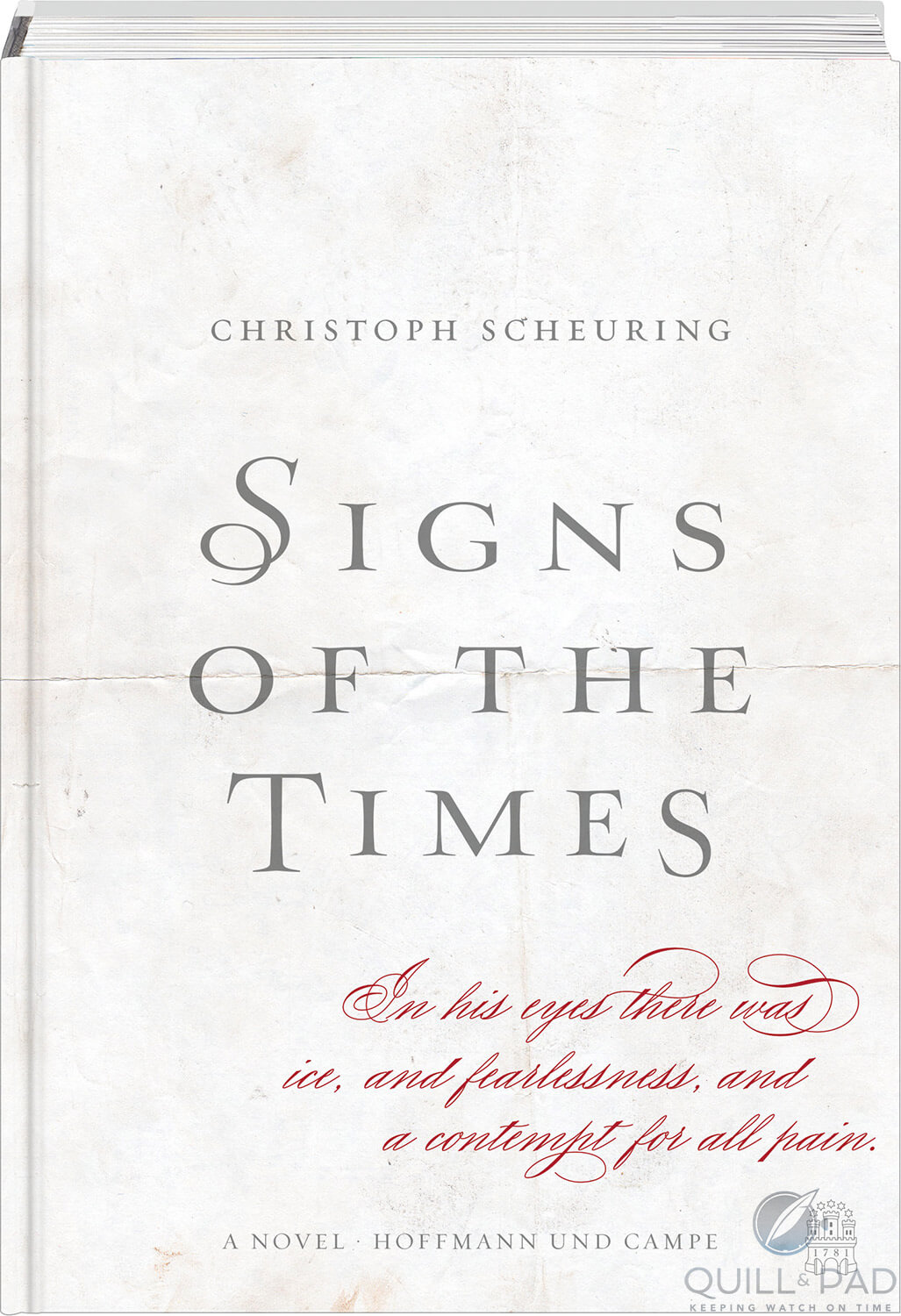 Embedded within the larger story of Saxony’s burgeoning industrial history, the idea of focusing down on a few characters – some real, like Lange, and some fictional like the two boys playing roles opposite him – all while providing an on-the-ground view of the fast-moving changes of the early nineteenth century within Saxony’s advanced society is nothing short of captivating.

‘Signs of the Times’: time travel

This book is pure time travel in so many ways with its interesting, though at times bleak, look into life in Saxony of the 1800s with all of its brutal violence and famine. The book vividly depicts how the arts and artistic geniuses were revered and, yes, even allowed to transcend the invisible caste system within which European societies operate.

I found that Scheuring was quite accurate in his portrayal of Ferdinand Adolph Lange, who played a supporting role in the story. And this shouldn’t have been surprising as A. Lange & Söhne heavily supported Scheuring with research into Lange’s life and work.

There are three interesting videos on the brand’s site: one a short summary of the book, another a reading in English (by someone with German as a mother tongue, well done); and a third featuring a reading of page 308 by the same bilingual man that professes the vision of Ferdinand Adolph Lange while he was still a student.

Video of a short summary of the book: www.alange-soehne.com/en/news-and-more/short-summary?stage=Stage

I read the original German edition, so I cannot report on the quality of the translation. That said, I found the story captivating and well worth the time, especially for anyone interested in watchmaking, history, and/or a good story based on real events. Hamburg-based Christoph Scheuring is an award-winning author who has previously worked with German news magazines Stern and Spiegel. He has been awarded the Egon-Erwin-Kisch Prize twice for best German-language reporting of the year. This is his third novel and the first that comes close to the subject of time.