It has always puzzled me that so many people who claim expertise in certain subjects feel that it is almost compulsory to denigrate those producers who are able to claim volume, dismissing any who profess an appreciation of their creations as unsophisticated (although that will normally be expressed more robustly).

Moët & Chandon is the perfect example. It produces a little under 30 million bottles of champagne, give or take, annually. That is an extraordinary quantity, and it would be understandable if it was largely rubbish (which would eventually cause the market to force the price down to next to nothing).

But it is not. Sure, an NV Moët may not outshine a vintage Krug, for example, but then nor does its price. Moët is more than just a perfectly acceptable champagne – it is a very good one.

And under Moët’s latest chef du cave, Benoît Gouez, it has never been better. He has made very small and gradual adjustments (it has to be done this way or far too many people will scream blue murder that their beloved Moët no longer tastes as it once did) to improve quality and continues to do so.

To make that much champagne at such a high standard is a truly extraordinary achievement.

Moët is far from the cheapest champagne on the market, and yet so many fans keep coming back. The producer must be doing something right.

But to many, big must be bad.

We have the same prejudice with whisky

How often have we heard Johnnie Walker demeaned? Quite why is hard to fathom.

Not the style you like? Fair enough. But so many seem to decry Johnnie Walker simply because of its size and success.

I have no idea of production numbers, but they say that around half a dozen bottles of Johnnie Walker are sold every second.

That is a lot of Scotch! Someone must like it.

Even Blue, seen as its pinnacle, is not spared: “Oh, it is simply made to part Wall Street types from their bonuses”; “It is only made for the Asian market because they will buy anything” (which suggests that whatever dimwit making comments like that has never been near Asia). 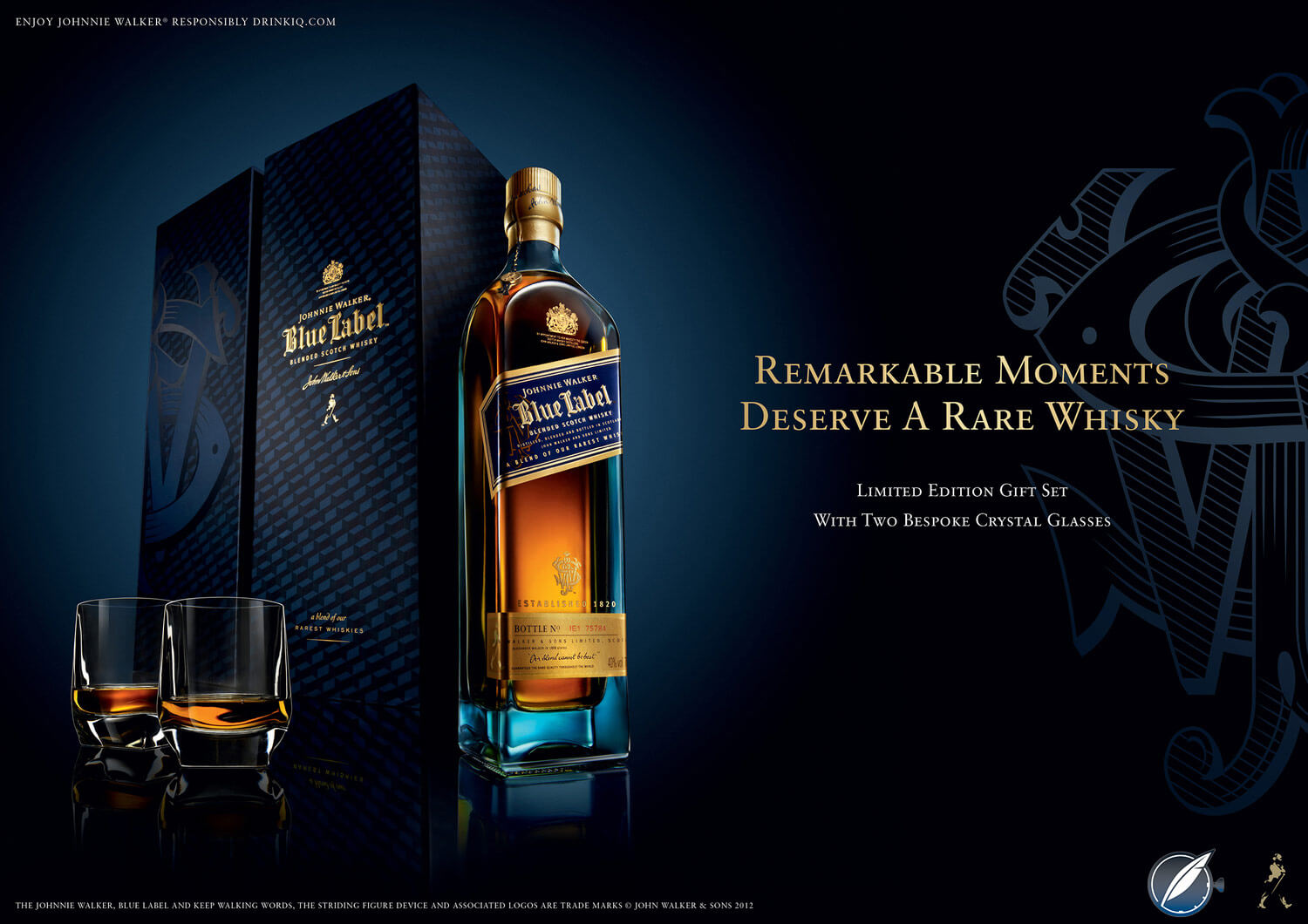 Now we have something even more special: Johnnie Walker Blue Label Ghost and Rare.

I thought it might be interesting to see if such a product also suffered from an almost Pavlovian dismissal simply by association.

I raised it on a cigar forum of which I am a moderator – the forum often strays into other topics such as wine and spirits, watches, fishing, and pretty much anything. The response was fascinating: those who had tried it absolutely loved it, considering it a spectacular whisky.

Some who had not had tried it had already decided that they had no interest. It could not be any good – an attitude I will never understand and surely their loss.

My apologies that this piece has evolved into a long rant on the perils of prejudice; that was not the intention. So, does the Ghost and Rare deserve better or, at nearly $500 a bottle, is it merely an overhyped, overpriced marketing gimmick?

This is the first release in what will be a series of very special whiskies. Each one will be based on a whisky from a long-closed distillery, but include various other components, in this case a total of six malts and two grain whiskies, all of which usually feature in Blue.

“Ghost” refers to those distilleries no longer operating, but where some whiskies have survived and are held in the Johnnie Walker Blue library: Cambus, Pittyvaich, and the distillery that has provided the core of this whisky, Brora. Beveridge has blended the different components with the aim of creating something special with an emphasis on smoothness, and he has definitely succeeded in that.

The heart of the whisky comes from the Highland distillery, Brora, which closed its doors in 1983. The Johnnie Walker team describes Brora as contributing “light peatiness and subtle sweetness.”

My notes (I always taste before reading any accompanying tasting notes to try and avoid preconceptions and undue influence) were quite close to those of the team, but I did differ in that I could see almost no peatiness in this whisky – the merest hint at best. Pittyvaich is from Speyside and brings nuttiness. Cambus was a grain whisky distillery that closed in 1993.

The five remaining distilleries are all still operating. Clynelish offers “honeyed, waxy and citrusy” notes and also provides the texture with its hallmark creaminess, which is most certainly apparent; whiskies from the Speyside distillery of Glenlossie are more grassy, as are those from Royal Lochnagar (apparently this distillery plays a key role in Blue); with the final two, Glenkinchie and Cameronbridge, from the Lowlands.

The whisky is a beautiful bronze/gold color with lovely honeycomb and hazelnut notes with a touch of butterscotch and nougat. It is aged, complex and wonderfully smooth.

The seductive creaminess of the texture is a highlight: dense but elegant, which is such a fine line.

The level of alcohol is 46 percent ABV, and this does emerge on the palate, perhaps fractionally more than expected. This raises the question of how one drinks a premium whisky.

There will be many who consider it a crime against humanity to drink such a special spirit in any other manner than neat. Others will add the tiniest amount of water. Personally, I take one very small ice block.

I am based in Queensland, where the temperature is usually a little warmer than most other parts of the world so there is effectively almost no difference between this and a very small quantity of water. For me this helps open up the whisky, and in this case just takes the edge of the powerful alcoholic note. All up, a superb, complex and wonderfully smooth whisky. A great addition to the Johnnie Walker portfolio and a whisky of which I think almost every producer would be proud if it were part of their lineup.

We look forward to the next edition of Johnnie Walker’s “Ghost and Rare.”