Tom Holland burst into public consciousness after playing Peter Parker, aka Spider-Man, in the latest Marvel Cinematic Universe films, starring in two of the blockbusters released over the last 12 months: Spider-Man: Homecoming and the Avengers: Infinity War. (We also know his cast mates from the Avengers film are likewise highly enamored of good watches: see Avengers Assemble: Marvel’s Star-Studded Cast Shows Off Host Of Luxury Watches At World Premiere Of ‘Avengers: Infinity War.’)

Holland has been spotted wearing a few different watches over the past year, notably a Piaget Altiplano 900P (as spotted by Elizabeth Doerr), but it is unclear whether these have been choices or celebrity “dressing” as it’s known. 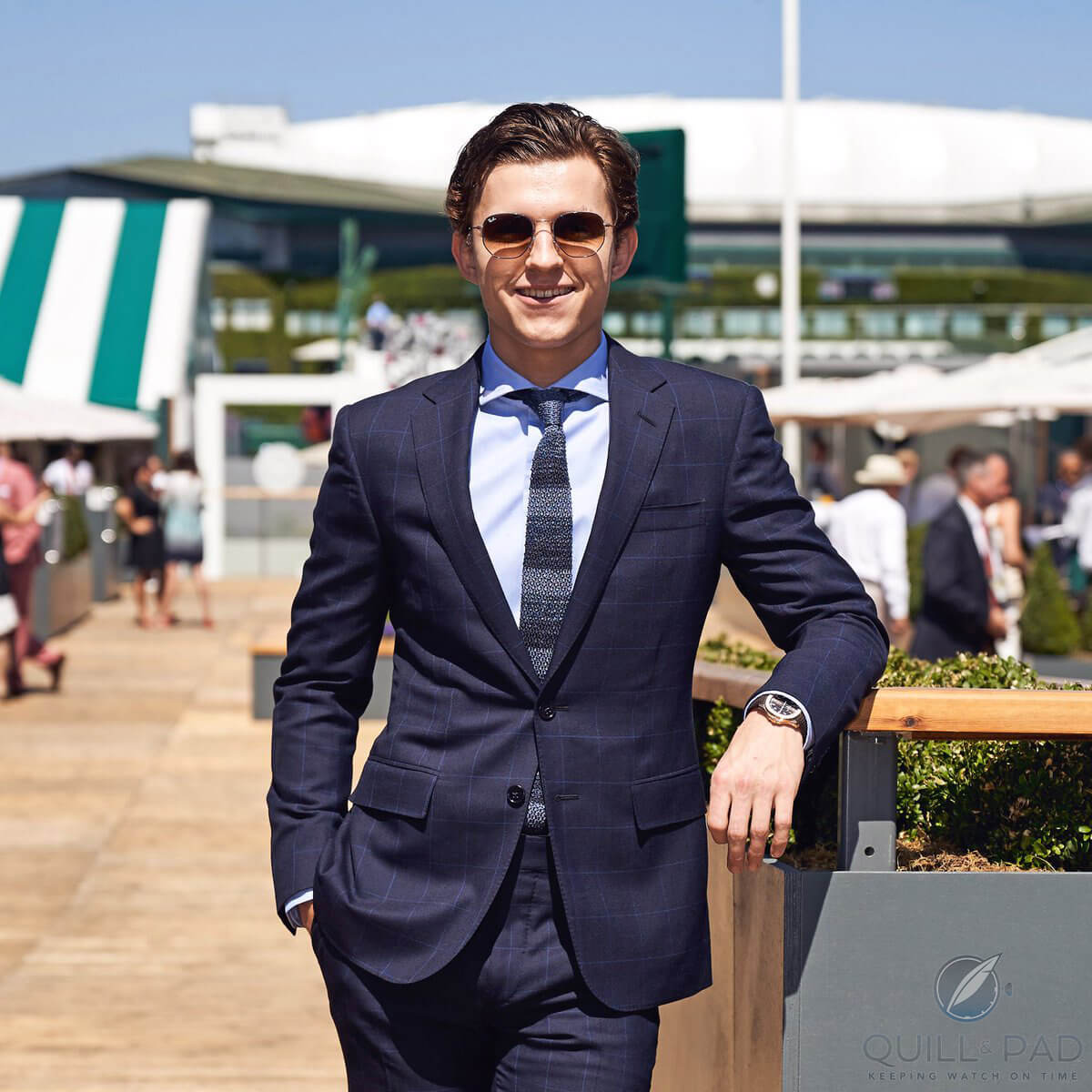 The 22-year-old Holland attended the Wimbledon men’s singles final between Novak Djokovic and Kevin Anderson on July 15, 2018 – and he was not alone in going out for a day of strawberries, cream, and fuzzy yellow balls as a host of celebrities were in the crowd, including (Omega ambassador) Eddie Redmayne, (Longines ambassador) Kate Winslet, (Jaeger-LeCoultre ambassador) Benedict Cumberbatch, Tom Hiddleston, Emma Watson, and Luke Evans. Holland, dressed for the posh occasion in a Ralph Lauren Purple Label suit, was wearing a Patek Philippe Aquanaut beneath his sleeve – and not your usual Reference 5167 in stainless steel, but rather the pink gold version with a brown dial and rubber strap.

The gold version is certainly dressier than its steel sibling, but the rubber strap tones it down nicely, making it a more age-appropriate choice than a rose gold watch might otherwise be.