The ninth edition of Poland’s Watch of the Year by CH24.PL included all timepieces introduced in 2018 competing across six categories. All of the timepieces were nominated by the international jury comprising journalists from six countries (including yours truly). Brands did not enter their watches; the shortlists were selected by the jury.

The laureates celebrated on October 19, with more than 100 guests attending a gala evening at Warsaw’s Sobanski Palace. The night’s big winners are as follows.

The Grand Prix prize rewards the “best watch of the past 12 months” with no further instructions needed, while the Complicated Watch is also a self-explanatory category. 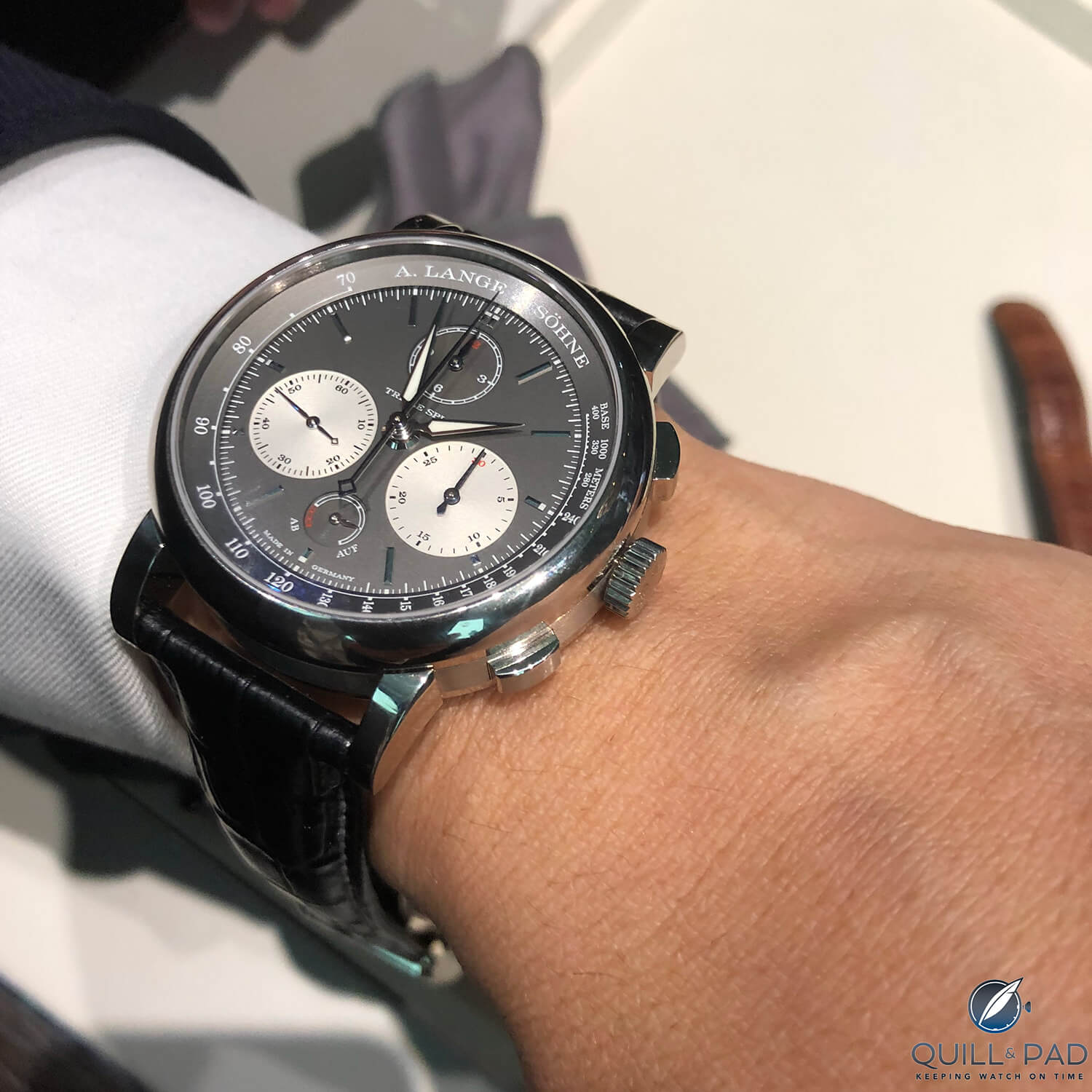 Introduced at SIHH in January 2018, the Triple Split has landed on a number of lists over the course of 2018, proving the impression the innovative chronograph has left on tastemakers – including a top-five list by legendary watchmaker Philippe Dufour (see Video: Philippe Dufour’s Top 5 Watches From SIHH 2018 Featuring A. Lange & Söhne, Girard-Perregaux, Romain Gauthier, And IWC).

The international jury also voted a watch by A. Lange & Söhne as the best classic watch of 2018: the 1815 Homage to Walter Lange, a timepiece crafted in memory of the firm’s much-loved patriarch, Walter Lange, who passed away in January 2017. This timepiece’s special element is a large sweep dead-second hand that is started and stopped with a pusher but not reset to zero as it is accompanied by a conventional running seconds indication on a subdial at 6 o’clock. Based on a nineteenth-century pocket watch by A. Lange & Söhne, this combination developed by Ferdinand Adolph Lange himself was first seen in a watch made by Walter’s grandfather, Emil.

Rolex and sibling brand Tudor displayed their mastery of the GMT complication in 2018, both bringing out so-called Pepsi versions of their two-time-zone watches at Baselworld. The use of the red-and-white ceramic bezel on both the Rolex GMT-Master II and the Tudor Black Bay GMT was meant to strengthen the message and draw attention to both models. In Warsaw, however, the Rolex version won out.

This watch was a clear winner for me at its introduction at the 2018 edition of SIHH. In fact I named it to my top five list of women’s watches at that fair (see Best Of SIHH: Top 5 Watches For Women). A tactile, creative, and fun watch, this Cartier is for me is perhaps the epitome of what this brand does best when so inclined. Fascinating with its 900 pink gold balls trapped inside the space between the sapphire crystal and the dial, when the watch is moved the balls fall through a special liquid between the sapphire crystal and the brass dial that take a moment to form a panther face before continuing to fall to the bottom of the dial. I couldn’t take my eyes off it! Bulgari continues to release versions of the Octo Finissimo with ever more complication – like this automatic tourbillon whose movement comes in at just 1.95 mm in height.

This category is similar to the Petite Aiguille of the Grand Prix d’Horlogerie de Genève, where the idea is to honor an affordable watch, but one that creates interest among the general public (the sum of 10,000 Polish zloty is equal to about $2,700, €2,350, or 2,700 Swiss francs). This Certina model is a straight-up re-edition of a historical diver’s watch from the 1960s that was used in expeditions and research projects taking place both in high altitudes and underneath the waves of the oceans through the 1970s. The only visible concession to modern technology is the movement: ETA’s fantastic Powermatic 80, introduced in 2013 and used in watches by Swatch Group siblings Hamilton and Tissot as well as Certina.

The same movement as found in the above Certina in a different watch . . . and Poland’s public decided this one was more attractive. The international jury awarded the young CEO of H. Moser & Cie., Edouard Meylan, with the Special Jury Prize for the unconventional way that he directs his high-end watch manufacture in a fresh and at times controversial way – his own way of promoting the high art of watchmaking.

For the original posts (in English) announcing the winners see Watch of the Year 2018 Awarded Timepieces and Watch Of The Year 2018 – final gala, winners, awards.

Well-Deserved Winners At Watch Of The Year (WOTY) 2017 By CH24.PL Include Singer Reimagined, Greubel Forsey, Hermès, And Jaeger-LeCoultre

Hands On With The Unique Piece A. Lange & Söhne Homage To Walter Lange In Stainless Steel: Tribute Through Charity

What We Liked And What We Didn’t Like At The 2018 Grand Prix d’Horlogerie de Genève, Plus How Well Our Panel’s Forecasts Did