You are here: Home1 / Articles2 / Watch Brands & Horology3 / Events, Fairs & Exhibitions4 / Why We Love Baselworld: The Show That Never Ends A look at Baselworld’s “Messeplatz”

So once again it’s time for the big Baselworld show! You’ll forgive me, but these days the show “season” seems to run pretty much year-round. SIHH in January and Basel in the spring, and then before you know it we’re into Watches and Wonders (Hong Kong), Salon QP (London), SIAR (Mexico) and Belle Montres (Paris).

Not to forget Munichtime and Viennatime or any of the other, smaller events scattered across the calendar. At each and every one of these shows, we find not only wholesalers, retailers, and journalists, but also members of that intrepid species, the enthusiast collector. 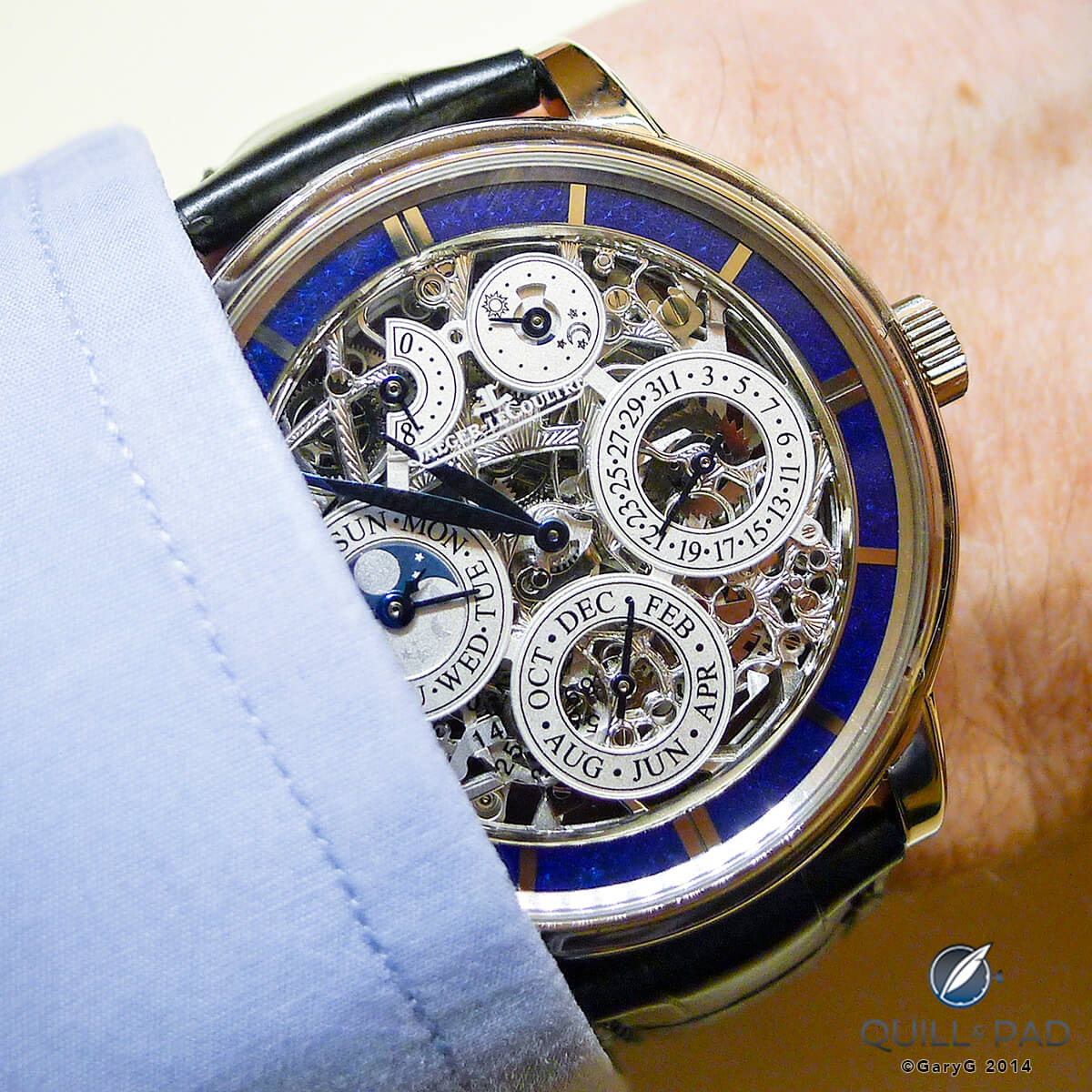 For the past several years I, along with several of my watch pals, have had the wonderful privilege of attending the SIHH, which is very much an invite-only retailer and journalist show. While we engage in many of the same activities as the dealers and journalists, there are some important differences in mindset that make all the difference:

* For retailers, the question is: What items should I order, and how do I avoid stocking up on items that won’t sell without missing this year’s hot watches?

* For journalists, the question is: How can I cover all of these brands, take adequate notes to file stories, and manage to ask questions that aren’t being posed by a hundred of my colleagues?

* For enthusiast collectors, the question is: How about another glass of champagne?

Yes, for the enthusiast, this is a vacation, not a job! Many of us fill our schedules chock-full of appointments, charge back and forth from the expo hall to town for meetings with smaller makers, and generally run ourselves ragged while spending our own money on lodging, food, and transport.

We do this because we’re crazy that way, not because we face any pressure from anyone else or worry about putting bread on the table.

Or as friend and noted independent watchmaker Vianney Halter said recently, “We are not in the watch business; we are into watchmaking.”

As enthusiast collectors at a show, we also apply a filtered lens to the watches we see. This lens doesn’t restrict the timepieces to “what’s different and will make for a good article,” but rather to “what would I spend my own money on?”

I’ll return to the deeper topic of how I personally answer that question another time, but suffice it to say that many of what the public considers the “neatest” watches at any given show are dead on arrival as potential purchases for most of the collectors I know. 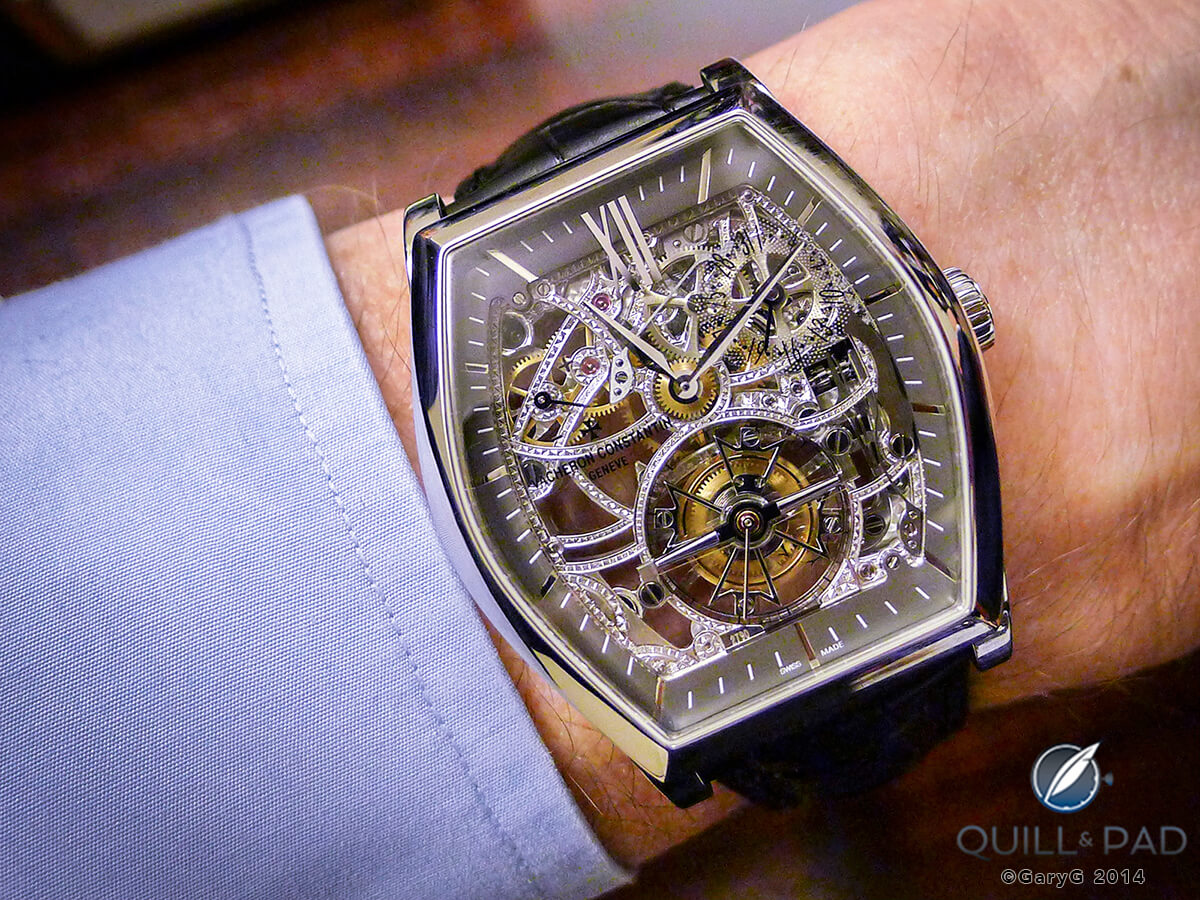 So, other than being on the prowl for pieces to add to our collections, what draws enthusiast collectors like me to the big watch shows? Well, as you’d expect, a bunch of things:

* Let’s face it, it is nice to see things first! There’s a certain excitement before the curtain is drawn back, and a sense of privilege at getting eyes and hands on the newest pieces the industry has to offer. Stephen Forsey explaining the Greubel Forsey GMT at the SIHH

* We get to hear the reasoning behind the watches from those who developed them. There’s nothing quite like having Stephen Forsey, Carole Forestier-Kasapi or Giulio Papi tell you not just what the watch is, but why it is the way it is.

* A related point: we get to hang out with “celebrities.” No, I don’t mean the Formula 1 drivers, actors, and tennis players in attendance – although I am still getting grief from my pals for leading them away from the IWC booth this year just before the Victoria’s Secret supermodels arrived.  With that potential exception, to us the watchmakers are the stars, and fairs are a rare chance to interact with many of our horological heroes. After one raucous after-hours exchange with two well-known watchmakers, I asked my friends, “Was that a transcendent, once-in-a-lifetime experience, or proof that we are pathetic nerds?” The only proper answer to that, of course, is, “Both!” * Once in a while, there is the opportunity to be amazed by something so thin, so clever, or so outright beautiful that it’s a joy just to be in its presence. At this year’s SIHH, the Van Cleef & Arpels Heure d’ici & Heure d’ailleurs double jump hour and Montblanc’s TimeWalker Chronograph 100 fell into that category for me. Last year it was Jaeger-LeCoultre’s Jubilee Ultra Thin in platinum. And just about every year, it’s something that the wizards at Greubel Forsey have for our pleasure. Walter Lange (left) with yours truly

* It’s all about the people! Only at the big shows do we have the opportunity to see so many enthusiast friends from around the world, reconnect with industry friends like our A. Lange & Söhne “family,” and spend a high volume of quality time with our closest watch-loving friends from home.

* By steeping ourselves in the stew of people, watches, and conversations, we have the opportunity to assert our tastes and instincts and to modify them. Like a business school curriculum that’s based on the discussion of hundreds of case studies, a show week with hundreds of new watches allows us to question each other by critiquing individual new offerings.

You didn’t like that piece? Why not? … That watch reminded me of such and such from a few years ago … Why does so and so always have to make the watches so thick? … And on and on. By discussing our impressions, we penetrate to the rationale behind the surface likes and dislikes – and both align around certain points of view and learn ways in which our views differ.

* Going back to the “vacation” theme from above: It’s fun! From eating great meals to sipping champagne to too little sleep to capturing candidates for our traveling group’s sardonic “Quote of the Week,” it’s about as much relatively innocent, if potentially expensive, fun as grown-up gadget lovers can have. Greubel Forsey’s chocolate is one of the SIHH’s highlights

* One thing that it’s not about, at least anymore: the schwag. The collector attendee can just forget about taking home that Nadal tennis racket or micro-sized LED projector given to his or her counterparts in the press. This is just fine with me, although we had to draw a line in the sand this year when it looked as if we were going to get shut out from the coveted Greubel Forsey Jacot chocolate. Our affections can’t be bought, but great chocolate remains great chocolate!

Sadly, I won’t be at Baselworld this week, but I’m aiming for next year’s show for sure. And my SIHH week hotel reservation for 2015 is also already in hand. If you happen to be going to Basel this week, I hope you have a grand time in your own way. And if you’re not I hope you stay tuned for all of the reports to be published over the next fortnight here at Quill & Pad!