Today we ask Pascal Ravessoud, Director of Delegations and General Secretary of the FHH’s Cultural Council, to Kick Us Five! Well, this is more interesting as it calls for some nationalistic and patriotic triggers! Being Swiss and Italian, I can’t help but be enthusiastic about both teams, although the kind of results they will get out of the World Cup might not really compare.

I have a soft spot for England as well, having lived there. However, they seem unable to get anywhere for almost 50 years 🙁

And I love to watch Brazil!!! Who doesn’t? This year especially since they have a whole country behind them.

I must refer you to my first answer. Plus, I can’t help but feel a bit annoyed with the “star system” as it has evolved and the multi-million salaries involved.

I have played soccer for more than 20 years as a goalkeeper. As a 17-year-old, I was warming the benches of the first team of my club, and earning my first (much more modest…) monies there, when I had the opportunity to finally play a match that we couldn’t lose, with 2,000 people in the crowd cheering, reacting to each of my interventions.

The other team didn’t score and the end of the match felt like we had won a world war. These moments remain engraved in my memory forever. My latest acquisition will probably win most of my wrist time in the weeks to come and is especially adapted to the sporting spirit and summer heat.

It is a Jaeger-LeCoultre Master Compressor Diving GMT, limited edition, and waterproof to 1,000 meters (you never know when you might need that). Its second time zone would certainly prove efficient to keep track of time in Brazil during the competition. 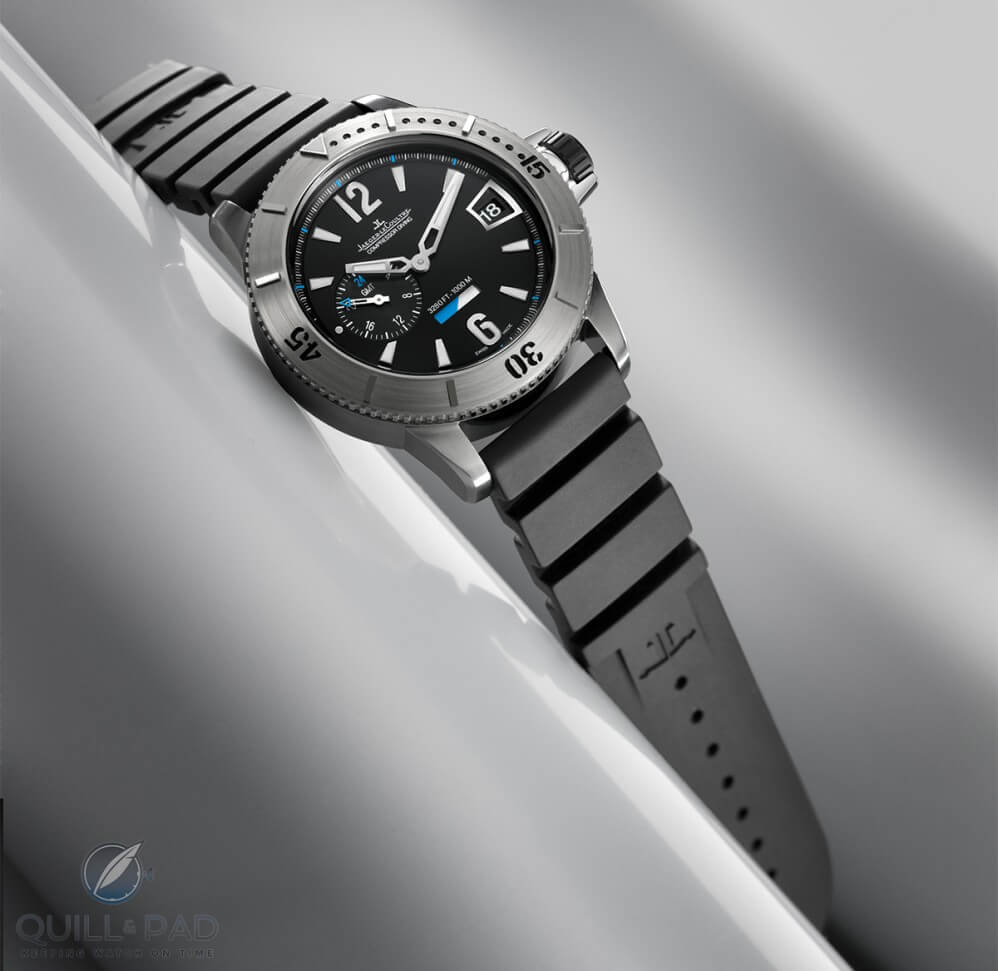 If you are a football and watch fan, you may also enjoy Kick Me Five! Michael Pearson, North American Director of Bremont and Goooooaaaaaallll! Hublot Colorfully Kicks Off With The FIFA World Cup.