You are here: Home1 / Luxury, Experiences, Science & Nature2 / Cars3 / A Touch Of Switzerland In Pebble Beach: Hispano-Suiza And Rolex

A Touch Of Switzerland In Pebble Beach: Hispano-Suiza And Rolex

The Pebble Beach Tour d’Elegance kicks off the incredible extended weekend of classic and exotic car exhibitions and competitions that are collectively known as “Pebble Beach.” The event is named for the legendary beach resort on the Monterey peninsula in California where motor racing more or less began in the United States. Bill Kuettel driving his 1923 Hispano-Suiza in the 2014 Pebble Beach Tour d’Elegance, which is sponsored by Rolex

In many ways, Wilhelm (Bill) Kuettel is a typical participant in the Tour d’Elegance, however his 1923 car differed from most of the other hundreds of cars taking part in the Pebble Beach Tour d’Elegance in a big way: Kuettel’s car was a legendary Hispano-Suiza (“Spanish-Swiss”).

While most will never have heard the name before, classic car buffs revere the luxurious Hispano-Suiza. One reason perhaps is that the Hispano-Suiza is − as the name suggests − half Swiss. 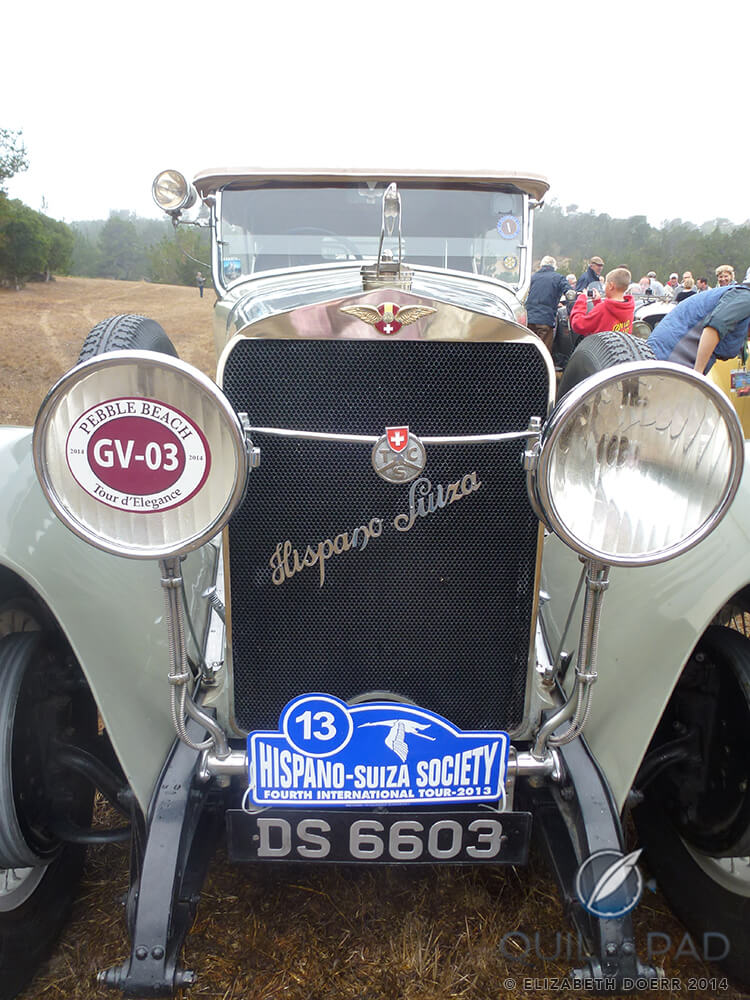 The 1923 Hispano-Suiza in the Pebble Beach Tour d’Elegance

Kuettel, who has owned this car for 14 years and is only its third owner, first found out about the discontinued Hispano-Suiza brand 35 years ago at this very event. As he is of Swiss descent and his wife of Spanish, he was immediately drawn to fact that the name linked both their heritages, though it did take him another 20 years to find the car he wanted.

Like so many classic car buffs, Kuettel is a big Rolex fan, and related that he bought his first model, a gold Oyster Perpetual, back in 1948 at Bucherer in Lucerne. Rolex has been involved in Monterey’s “Classic Car Week” since 1997, and now sponsors the four main events including the kick-off Tour d’Elegance, which takes the convoy of classic cars approximately 130 kilometers (80 miles) through the Monterey peninsula, from Pebble Beach to Big Sur and back. Unlike the Concours d’Elegance, which closes the four-day string of events, the Tour d’Elegance allows the public and participants the chance to see these beauties as they were meant to naturally be seen: driving on the open road.

Additionally, it is important to note that the Tour d’Elegance and the Concours d’Elegance are directly linked: if two vehicles should tie in class competition at the Concours, the automobile that successfully completed the Tour gets the blue ribbon.