If you’ve been lucky enough to travel to the “four corners” area of the southwestern United States (where U.S. states Utah, Colorado, Arizona, and New Mexico “meet”), then you may have seen or even visited some of the cliff dwellings built by ancient Native Americans that were erroneously called Anasazi for thousands of years, and now go by the term Ancestral Puebloans. In fact, during a recent trip to Mesa Verde, Ranger Dave Hursey – who guided my family and I through some of the cliff dwellings at Cliff Palace and Balcony House – pointed out that the long shadows cast by the mesas’ tall cliffs would have made sundials moot. 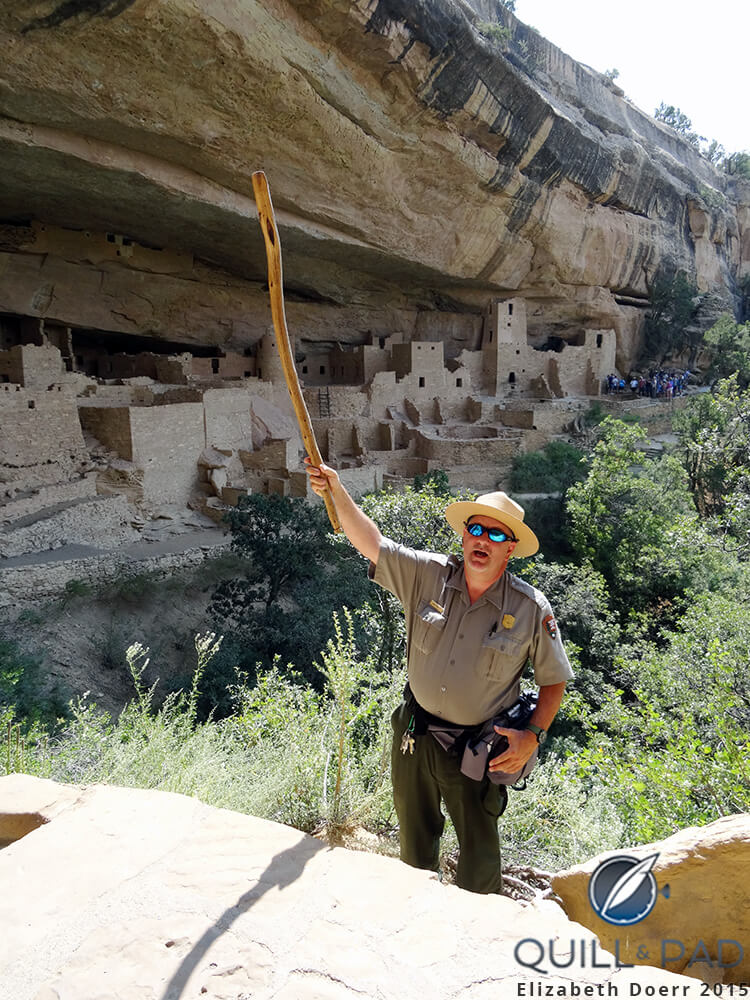 Balcony House in Mesa Verde National Park, Colorado: this is one of the rare cliff dwellings that faces east instead of south for purposes of astronomy Judging by this strategy of timekeeping, we can conclude that the Ancestral Puebloans were fairly advanced in their timekeeping abilities – due, of course, to the fact that time was so important to their rituals (sanity) and basic everyday needs (food).

I’d like to thank Ranger Dave for his patient answers at Mesa Verde as well as Sabrina Doerr for her help in researching this topic.