Contemplating the 30-meter-high ancient pyramid at Mayan archeological site Chichén Itzá in the blazing Yucatán sunlight, I was awestruck by the structure’s complexity. Not just because of the pure historical ramifications of the pyramid and temple known as El Castillo (Spanish for “the castle”), but also because of its timekeeping capabilities.

Chichén Itzá’s most famous structure, one of several within the five-square-kilometer site, was actually built to be the world’s largest calendar. And this at a time when calendars didn’t even exist!

I was an unsuspecting tourist on a much-needed vacation when our clever tour guide described one of the new Seven Wonders of the World in just this way.

Despite the tropical weather, the discovery literally sent shivers down my spine.

A place of indescribable natural beauty and history, Chichén Itzá is the largest and most famous Mayan archaeological site on the Yucatán peninsula. While close to two million tourists flock to it each year, very few – like me – are likely to understand its significance as a keeper of natural astronomical cycles, which the Mayans religiously observed and recorded. El Castillo (otherwise known as the Pyramid or Temple of Kukulkán, the Mayan word for the Aztec god Quetzlcoatl), built around 1000 AD, is most famous for a phenomenon that takes place around the time of the spring and fall equinoxes.  When the sun sets at this time, the light, in combination with the outline of the stone bordering the steep stairs, creates a shadow snake undulating up and down the staircase.

The serpent is symbolic of Mother Nature as well as the powers of life and death (including water) in Mayan culture.

During summer in the northern hemisphere, the North Pole points towards the sun, while in winter it points away from the sun. But twice a year, at the transition between these phases, the North Pole points neither toward nor away from the sun, but exactly halfway between. These two points, called the equinoxes, fall around March 21 and September 21 (give or take a day). And on these two days, there are equal amounts of day and night — 12 hours each — everywhere on earth. A view of one quarter of the 365 steps, one for each day of the year, at El Castillo, Chichén Itzá

Chichén Itzá’s western face is astronomically aligned to coincide with the sun’s zenith passage at sunset. Each of its four stairways – which tourists have not been allowed to climb since 2006 – contains 91 steps; add the final step at the top to access the temple, and it totals 365 (the number of days in a solar year).

Each of the four sides of the structure represents one season, with 91 days (each steep step standing for one day) representing the period of time between each phase of the annual solar cycle: winter solstice, spring equinox, summer solstice, and fall equinox.

The aforementioned patterns of light and shadow created by the sun at various times of year in conjunction with the placement and shape of the stones allowed the Mayans to use the structure as a calendar.  Chichén Itzá’s El Castillo monument signaled when it was time to sow seed, harvest corn, perform ritual ceremonies, etc. Should anyone still doubt that the Mayans tracked astronomical events, I am here to inform you that Chichén Itzá’s archaeological site also contains an observatory. El Caracol (Spanish for “snail,” named for a narrow, winding staircase found within) contains the remains of a domed structure, which to the modern eye looks as if it could have contained a telescope.

Much ado has been made of Mayan calendar activities of late, thanks to a key misinterpretation of the complicated calendar system that the Mayans used to make sense of the world around them. The dial of a watch created by De Bethune in 2011 beautifully depicts certain aspects of this calendar. You can read more about that at 12/21/12: De Bethune And The Mayans.

The world was supposedly going to end on December 21, 2012 according to this misconception. It didn’t, of course, and, man, am I glad as I would never have gotten to see the spectacular ancient time temple on the delightful Yucatán peninsula. 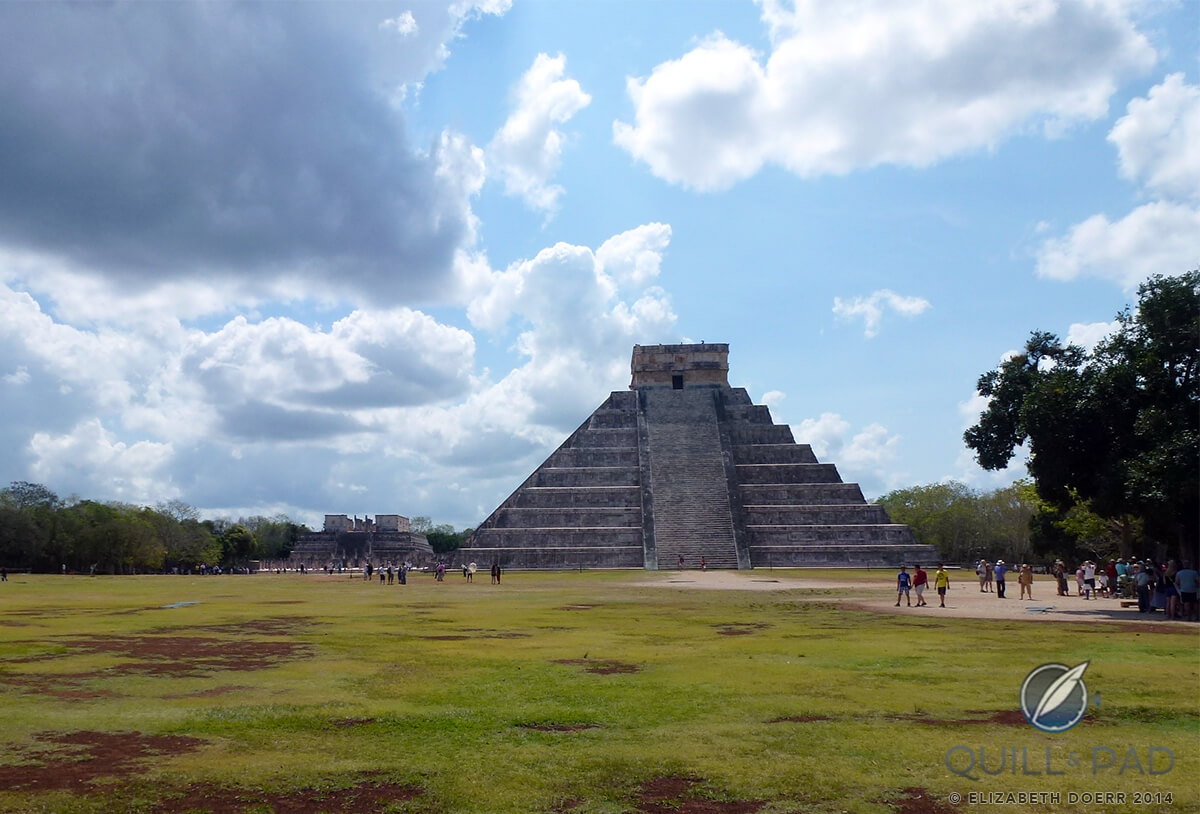