Romain Jerome and Warner Brothers’ DC Entertainment have joined forces once again to pay tribute to the comic world’s Dark Knight, just in time for the release of Batman v Superman: Dawn of Justice hitting theaters this weekend. Like something out of Batman’s own arsenal, the black 46 mm PVD-coated stainless steel case includes an asymmetrically faceted bezel finished with alternating rough-brushed and polished surfaces.

The three-dimensional dial depicts a raised Dark Knight emblem watching over the dark labyrinth of Gotham City skyscrapers. The streets and alleyways are done in blue Super-LumiNova covered by dark pigments. The dial looks intriguingly mysterious, both by day and by night.

The Batman-DNA Gotham City, which experienced a very timely release at Baselworld 2016, is limited to 75 pieces.

And knowing how quickly the original version sold out after Baselworld 2015 (see ‘Batman v Superman’: DC Comic Hero Immortalized By Jaeger-LeCoultre, Romain Jerome, And Montegrappa Timepieces), it won’t take long at all for the Gotham City edition pieces to find their way to the wrists of respective Bruce Waynes. Cape not included. 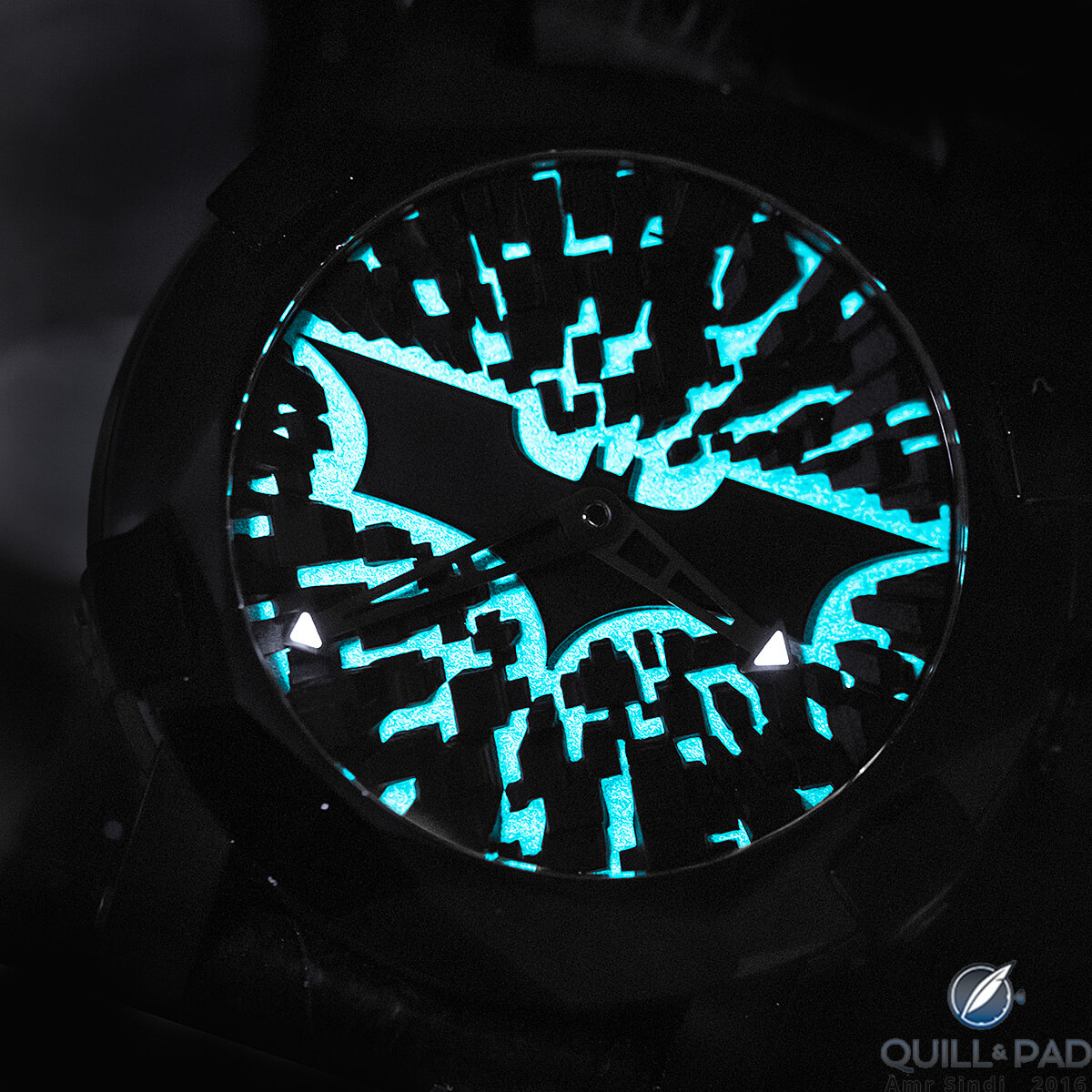