Good customer service has been a hotly debated topic in the watch industry for decades. In 2015, watch enthusiasts were delighted with the news that Rolex was setting a new standard for customer service by increasing the international warranty period from two to five years across its entire collection. Concurrently, the brand increased the recommended service intervals from five to ten years.

Rolex has long set the standard for after-sales service, with turnaround times being relatively quick as compared with other manufacturers. Some take months, even years, to complete a repair. Before 2015 other manufacturers had been offering increased warranty periods on their in-house movements, but since the very public 2015 announcement by Rolex a gaggle of watch houses have followed suit by increasing warranty periods and service intervals, with relative newcomers even jumping on board. Fresh-faced watch companies such as anOrdain even offer a five-year purchase warranty. The increase in both service intervals and warranty periods is certainly a welcome one, but it does beg the question what changed? In the years leading up to 2015, what dramatic horological advancements were discovered to make this possible?

A history of warranties

Omega now offers an extended warranty period on all its watches as of November 2018, though it began offering this only on select pieces such as the co-axial models and those equipped with silicon balance springs. While Omega does lubricate the brand’s co-axial escapement, it was developed to operate lubrication free, affording it an edge over the traditional Swiss lever escapement. The low degradation of the co-axial escapement gave Omega the ability to increase warranty periods on timepieces outfitted with that regulator. Omega first introduced the co-axial escapement in 1999, when it made its debut inside a modified Omega Caliber 1120 (which was a glorified ETA 2892). Known as the Omega 2500, its results were at first less than perfect with the movement going through several iterations before arriving at Caliber 2500D.

Since then, the co-axial escapement has found its way into most in-house Omega calibers, improving over time and allowing Omega to now offer increased performance and improved accuracy. Omega has also been adding silicon balance springs into the mix; Omega has not developed any special-purpose lubricants as far as I am aware.

We won’t get into the great co-axial debate right now, I’ll save that discussion for another time. Breitling is another brand offering a five-year warranty on its in-house B01, which launched in 2009. The B01 is a respectable automatic column wheel chronograph. However, it doesn’t feature any significant technological advancements. It makes use of the standard Swiss lever escapement, and as far as I know Breitling has not developed any special-purpose lubricants either.

Now let’s examine the world leader, Rolex. It offers the same warranty period, but the far greater claim of ten-year service intervals, which is more interesting in my opinion. Rolex announced this increase around the same time it announced the release of Caliber 3255, which features a new Chronergy escapement, increased power reserve, and improved accuracy.

The major difference with the Rolex announcement is that the warranty period and service interval upgrades have been applied to all current watches in the lineup, as of 2015, whether they are fitted with the new caliber or not.

Similar to the other manufacturers, Rolex has not developed any new lubricants as far as I am aware. We now come to AnOrdain, the newcomer making enamel dials in Scotland. When did this micro brand develop its in-house caliber, you ask? The answer is that it did not. It uses a Sellita SW200-1, yet offers the same purchase warranty as Rolex. Has it developed its own special-purpose lubricants? I don’t believe it has.

Too little, too late?

When we examine the above-mentioned facts, what do we see?

Omega has produced an escapement that requires minimal lubrication and has less friction than a traditional Swiss lever. However, the lubrication in the rest of the movement will still dry up and congeal at the same rate it always has.

Breitling has produced an in-house movement that features no real modern advancements. 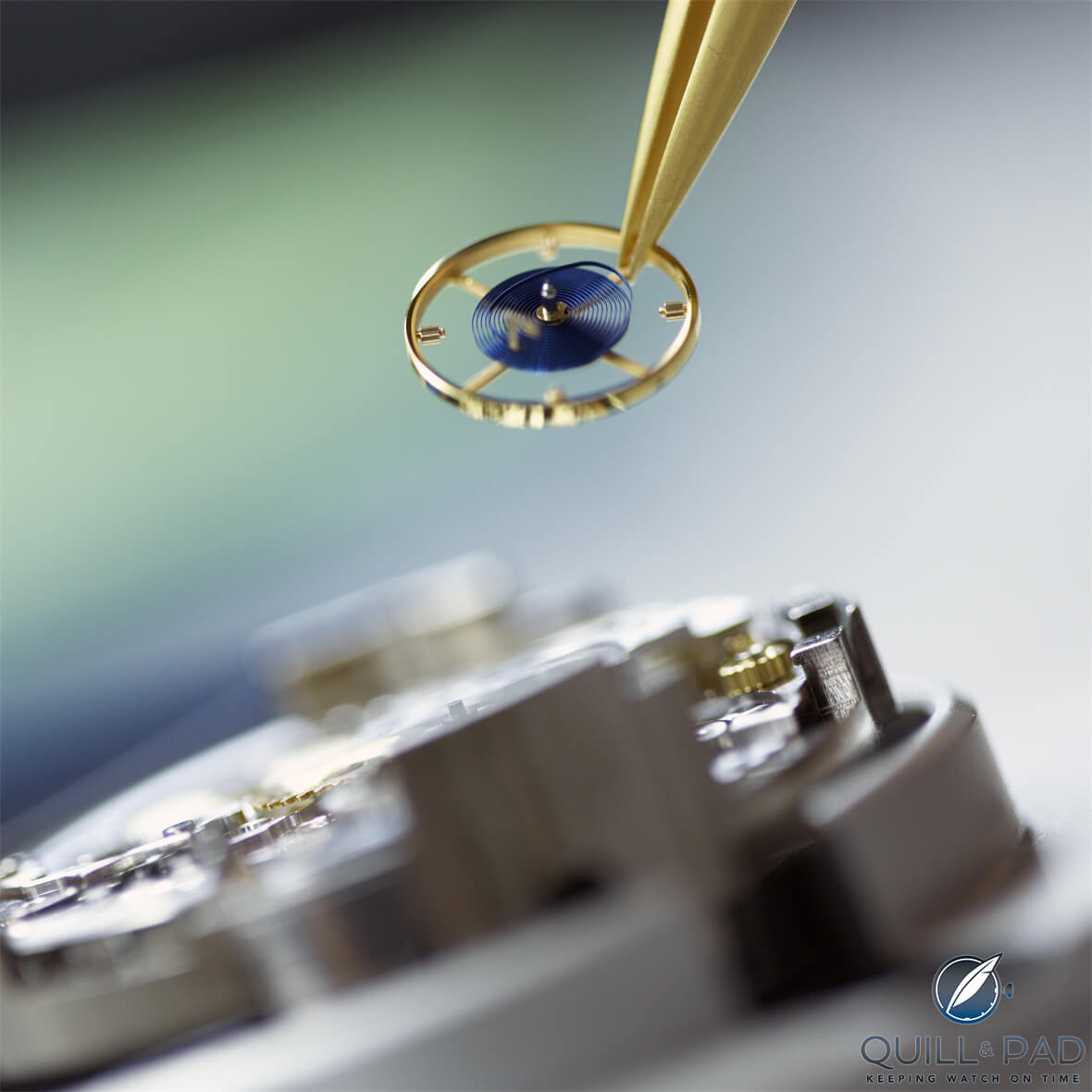 Rolex has produced a new escapement, but has increased the warranty and service intervals for all watches in the lineup, and anOrdain is using an ordinary Sellita movement.

On top of this, all the companies in question are using the same lubricants they always have.

To bring us back to our opening question, what dramatic horological advancements have been discovered over the past several years?

The answer is none.

Now don’t get me wrong, this is a welcome change and one that is certainly heading in the right direction. I am also not trying to take anything away from companies like Omega, Breitling, and Rolex, who I admire very much.

But why did it come so late? If a movement that Rolex has manufactured for the past 30 years is capable of ten-year service intervals, why hasn’t that been the recommended practice all along?

And why aren’t other brands getting on board? If anOrdain can offer a five-year warranty on a “low-grade,” off-the-rack movement like a Selitta, surely other companies can do the same.

As a watchmaker, I am not saying that all watches are capable of withstanding ten-year service intervals because that simply is not true, and the topic is much more complicated than a blanket statement could warrant. I would say that most, if not all, watches are not capable of lasting ten years without intervention.

In an industry that is rooted in tradition and moves at a snail’s pace, these changes are welcome; slow forward motion is better than no motion at all. But, if it took watch industry players this long to make changes that could have been implemented a decade or so ago, what else are they holding back?

Only time will tell.

Give Me Five! A Radiant Rolex Rainbow At Baselworld 2015