Parting Thoughts (All 23 Of Them) From Baselworld 2019

As I arrive home exhausted from the extravaganza that was Baselworld 2019, but still running on enough residual adrenaline to get words out, I’ve jotted down a few of my thoughts from the fair while they are still fresh.

Look for our team’s traditional post-fair round table in the next days for more in-depth thoughts and see our posts of the last seven days for new watches released at the fair. For an overview of Basel by the numbers see Baselworld Becomes The Story: Baselworld 2020 And Beyond Will See Big (And Positive) Changes.

1. The Swatch Group’s absence in Hall 1.0 was really obvious, made even more so by the fact that the group had paid for the space – which meant the fair could not put another brand booth on the spot. However that was our gain as the space was filled with the (great) new press center and restaurants. Not a bad solution, but one that drove home that the hall seemed to be missing something. Baselworld 2019 Hall 1 as seen from the Breitling booth with press area on the left, restaurants on the right

2. Speaking of the Swatch Group, there has been a whole “will they, won’t they” debate on whether it might return. My money is on it not returning following Nick Hayek’s decision not to come to the 2019 edition of the fair and his recent underscore of that decision at the annual Swatch Group press conference.

3. Breitling moved into the prominent position that Omega previously owned in terms of visibility of the large, well lit brand name towering into view. Here, too, there has been a “will they, won’t they” debate raging about whether the brand led by previous IWC CEO Georges Kern plans to go to Geneva. My money is on Breitling staying in Basel for a while. In fact, I’d put my house on it. Ludovic Ballouard at the AHCI stand at Baselworld 2019

4. The independent watchmakers and boutique brands were across the central plaza in the “north” end of Hall 1, which in previous years had been Hall 3 and most recently an event space (you may recall Swatch holding a press conference upon its 25th anniversary there in 2013). Les Ateliers, which Baselworld created for the indies last year in Hall 1.2, was on the ground floor, while the AHCI booth was up the escalator, right above. I was disappointed when I saw the positioning of the AHCI, but it seemed to work out well for everyone, proving once again what a draw the independent watchmakers are!

5. And once again I learned just how little the fair management understands the term “independent watchmaker.” That is not new to this set of managers. Basel’s higher-ups have never understood it, continuing to mix incongruous brands with their ranks. I find that painful on a variety of levels and feel it’s confusing to the public.

6. When the big brands make room, the independents have a great opportunity to shine – and shine they do! 7. And new independent watchmakers keep on coming – which is amazing and fabulous! The indies are chock full of ideas. Check out new AHCI candidate Ludek Seryn (above) for example.

8. In general I came away from Baselworld 2019 with a good feeling about the new management, much of which was based on a breakfast and tour with Michel Loris-Melikoff on Wednesday morning (press day) before the fair opened to the public.

9. All that said, however, Baselworld really needs to find a way to get all the little watchmakers and boutique brands that are spread out over the adjacent Hyperion and Swissotel hotels – I didn’t count, but I’d estimate there were at least 50! – inside the fair. Seriously. There is enough room inside Baselworld now, and that’s an issue that should be addressed.

10. I don’t really want to compare Baselworld with the SIHH – that’s like apples and oranges – but one interesting thing I noticed lacking was a sense of pride by the city of Basel itself if the number, placement, and size of the fair’s flags in the city were any indication. In Geneva you are practically accosted by the proud flags trumpeting the arrival of SIHH and the exhibiting brands. In Basel this year I barely even noticed them.

11. Baselworld is in flux, and we should give it the chance to keep evolving as the new management had less than a year to implement changes for the 2019 edition and have many more improvements planned for 2020. It really would be a shame to see it whither. Truthfully, we still need it.

12. Baselworld is a watch and jewelry show, and these art forms are complementary. Where would Chanel be today if that weren’t the case? Or Graff? Or Chopard? It makes sense for these two art forms to stay together, both literally and figuratively, at the world’s biggest showcase for them. 13. “Rainbow watches” are as hot as ever . . . in fact, I might say that the style is beginning to trend. Thank you, Rolex, for kicking that off!

14. Two-tone watches still pop up here and there, and the new styles are very appealing. See Tudor’s S&G collection (and the gorgeous evolution pieces of Baselworld 2019) for proof of that.

15. Straps make the watch more and more, and what a large variety we have to choose from today!

16. Cuervo y Sobrinos is showing us how to successfully relaunch a brand – and that what it really takes is the passion to do it right.

17. LVMH is using its forward-thinking technology well. The Zenith Defy Inventor and TAG Heuer Autavia are blazing that trail in amazing ways.

18. A proper – and even improper! – use of color is perhaps the best road to success today. 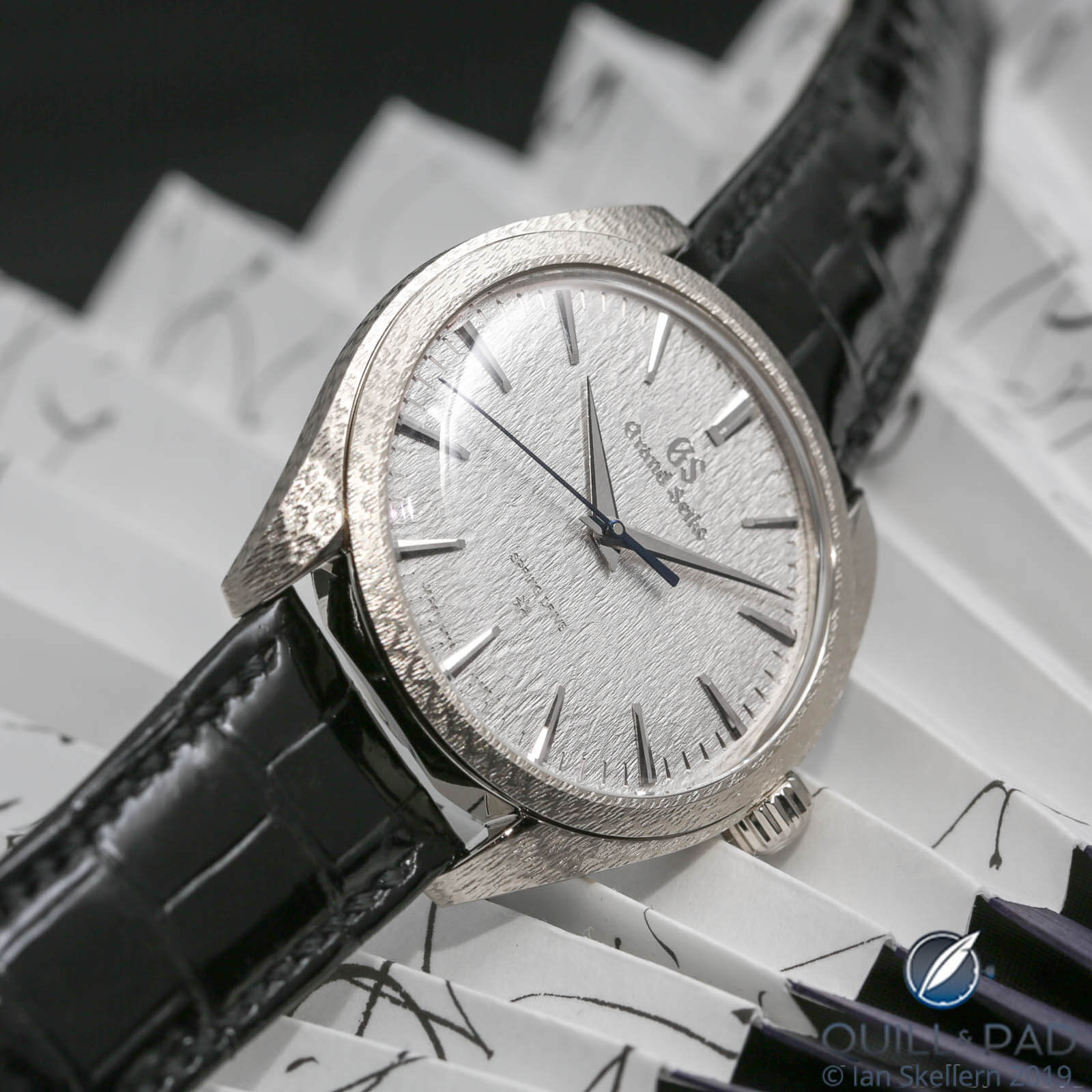 20. Speaking of arrivals: who is going to stop Akrivia’s Rexhep Rexhepi on his way to becoming the king of independents? He is certainly – and deservedly – becoming the talk of the town.

21. Arnold & Son is killing it in terms of value for money in haute horlogerie: the revamped Time Pyramid with tourbillon is only $39,995 in steel! What a steal! 22. Aventurine is a gorgeous decorative element for special watches. But, really, no one uses aventurine quite as well as Christiaan van der Klaauw. I wish I knew what the secret is.

23. We had hoped that Audemars Piguet’s Code 11.59 leak mishap at SIHH 2019 – which led to a world of online pain for the brand – would be the end of that story. But it seems that someone even went so far as to perhaps pay someone else to snap (terrible) pictures of all the new Rolex, Tudor, and Patek Philippe Baselworld releases from a catalog, which were then leaked a day early. If you didn’t hear about that, it’s because not one journalist or blogger publicly perpetuated the leaks once they were out in the open. That was a surprisingly positive turn of events. And I do not feel sorry in any way for what Rolex is likely to do to the person who posted them. I’m not even going to wish him good luck. Conclusion: I was expecting a full-on Baselworld catastrophe this year, but the fair was better than I thought it would be. While there were noticeably less people, the brands seemed quite satisfied with the business they did – Maximilian Büsser of MB&F even said it was the most successful fair he’s had to date – and the new watches presented were very interesting.

Baselworld Becomes The Story: Baselworld 2020 And Beyond Will See Big (And Positive) Changes

SIHH 2019 Round Table: What We Liked, What We Didn’t Like, And What We Would Buy For Ourselves. Warning: Heavy Photo Fest And Sexually Graphic Images