With the advent of wearable smart devices such as FitBits and Apple Watches, it is quite common these days to see people wearing one of these in lieu of wristwatches.

I have on some occasions, though, seen people wearing a wristwatch on one wrist and a smart device on the other. And I recently spotted Oscar nominee Richard E. Grant wearing two traditional timepieces on each wrist: on one was a Breitling Navitimer and on the other a Cartier Santos (see him and others from Oscar night in Luxury Watches Seen At The 2019 Oscars Include Jaeger-LeCoultre, Richard Mille, IWC, And Cartier).

That interested me as that’s an extremely rare sight – unless you were Nicolas G. Hayek, co-founder of the Swatch Group, of course. He often wore two watches.

This brings me to actor Chris Pratt, who first made a name for himself on television as Andy Dwyer in Parks and Recreation. Pratt has gone on to star in many films and is currently best known for playing Star-Lord in Guardians of the Galaxy and Owen Grady in Jurassic World.

With the epic Avengers: Endgame about to open worldwide – the sequel to Avengers: Infinity War in which the Guardians of the Galaxy play a larger role – Pratt has been on the press trail. While watching a recent clip from the Jimmy Kimmel Show, I noticed that Pratt was wearing a watch on each wrist – and both from Cartier. I have seen him previously wearing different watches from the brand on numerous occasions, and he has sported a variety of Panerai models as well. On his right wrist was a Calibre de Cartier Chronograph and on the left a Calibre de Cartier Diver, both in stainless steel. Both are easily identifiable from the large Roman numeral XII on their dials, a signature of the range. The two subdials and three-day date window were easily observable on his chronograph, while the distinctive black ADLC-coated steel bezel of the Diver stood out to me. 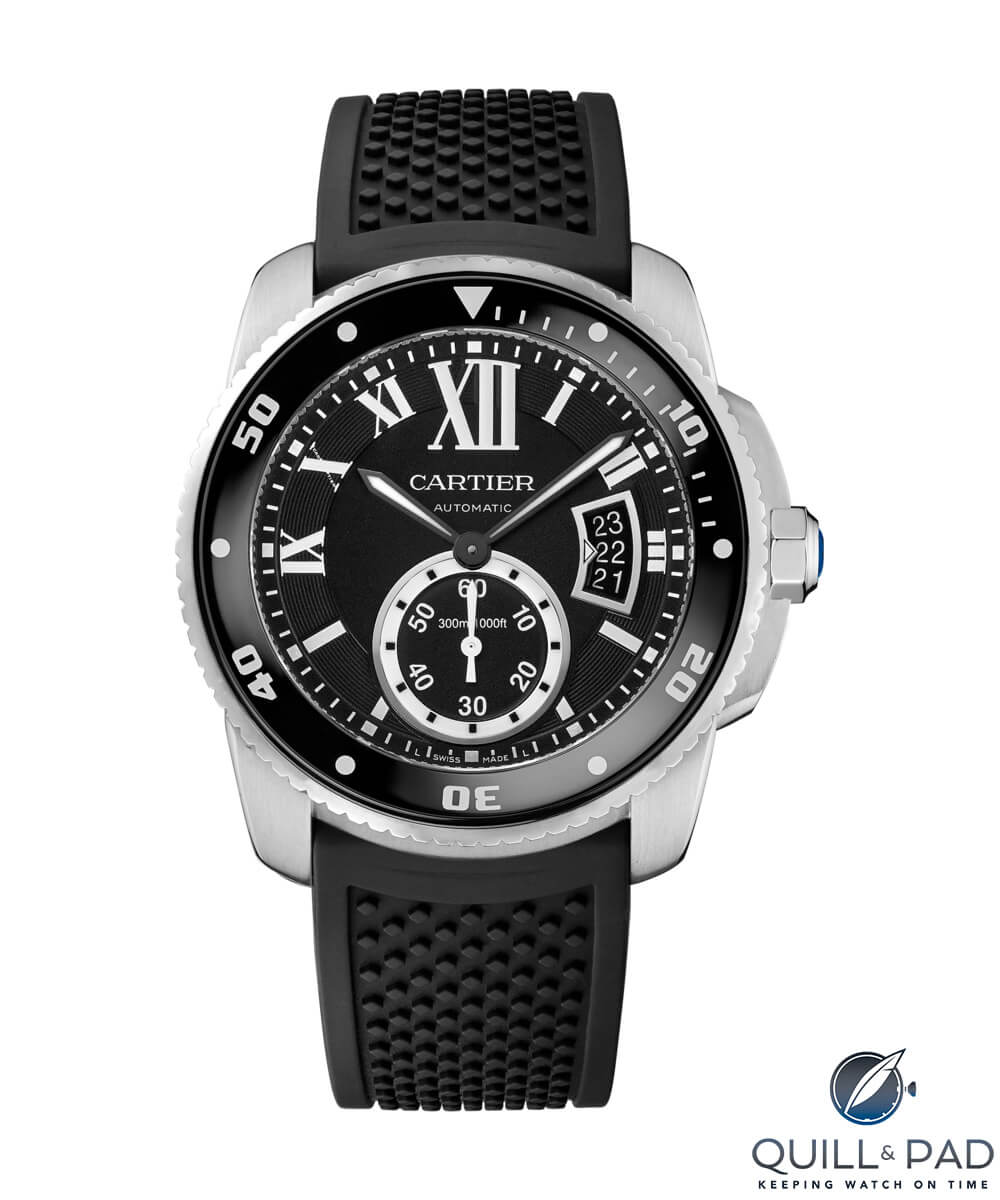 Why was he wearing two watches? I have no real answer for that, though possibly he used one for East Coast time and the other West Coast time.

Or does it have something to do with the upcoming Avengers: Endgame film? Past and present collide . . .