Looking back at the entries in the 2015 Grand Prix d’Horlogerie de Genève, many of which had watch names seemingly longer than a feature article, I didn’t feel pressured to cut the title of this article short. But it really should have read: “Why we are in a golden age of appreciating fine hand-finishing. And why that might change relatively soon.” We are in a golden age of appreciating superlative hand-finishing because . . .

We are in a golden age of appreciating superlative hand-finishing because of three factors, and these are all absolutely essential: The internet has enabled a significant percentage of the world’s population access to relatively arcane and esoteric information like watches and horology. Thanks first to discussion forums, then blogs, and now social media, there is a potential global online audience for anything interesting, informative, or entertaining enough to catch our attention.

The internet has made a large appreciate audience for superlative hand-finishing possible. And the internet isn’t likely to be going anywhere soon, so this looks to remain a relatively stable factor in the future. We have our potential audience, but it now needs to be educated to be an “appreciative” audience. And for that we have to thank the internet again. We (ourselves, brands, and even individual watchmakers) can share information among each other in real time (or not far off from it) using blogs and social media. And offline we have more magazines and events than ever before.

Then we have digital photography and smartphones, which have made sharing high-quality photos (even macro) and, more recently, videos relatively easily (though this still takes considerable practice to do well).

So thanks to the internet, digital photography, and smartphones we have an educated audience for appreciating wristwatches featuring “superlative hand-finishing.” 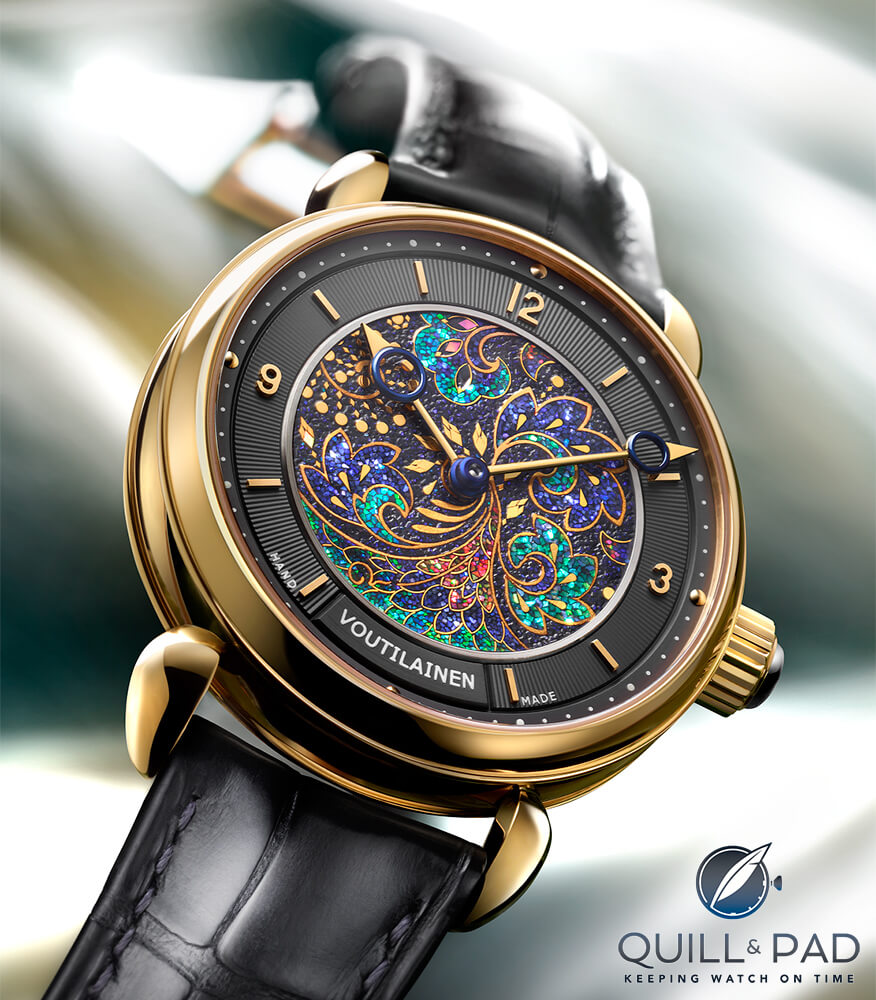 Then there is the factor of the superlative hand-finishing itself. While opinions may differ − who am I kidding, opinions will certainly differ − I’d credit the launch of Philippe Dufour’s Simplicity and the Independent forum on ThePuristS (which was my horological home for many years) as bringing this subject to the attention of an (at the time nascent) global horological audience, including both excellence in finishing and why it’s something worthy of note.

While I know mentioning anyone is likely to annoy even more people not mentioned, in addition to the best hand-finishing from haute horlogerie brands like A. Lange & Söhne and Vacheron Constantin, we also have smaller players including Philippe Dufour, Kari Voutilainen, Jean Daniel Nicolas (Daniel Roth), Romain Gauthier, and Greubel Forsey to name just a few. These brands are ensuring that the knowledge of the craft of superlative hand-finishing burns brightly. So we have a large audience with easy access to information and quite a few watchmakers offering fantastic levels of finish. What could possibly go wrong? And why might that change? The central flying tourbillon of the Haldimann H1

Machines cannot finish watch components as finely, as subtly, or as distinctly as talented men and women with a file. And that’s down to one main technological constraint: the business end of machines (meaning the tools doing the milling or polishing) spin, rotating at high speed.

In comparison, human hand-finishing uses a reciprocal back and forth motion.

The rotary motion of machines means that small vertical lines can be seen on any machine-polished anglage, AND spinning tools cannot polish a sharp internal angle. Which is why so many brands that put emphasis on superlative hand-finish deliberately design movement bridges and plates to include multiple internal angles.

So until now, only the human touch offers the very best movement finishing. But what if that wasn’t the case in the future? What if somebody developed a CNC tool with a reciprocal motion? Then there would be no impediment to machines creating fine finishes at least to the stand of the best human hands and likely much better.

Superlatively hand-finished watches are expensive. Very expensive because hand-finishing is very labor-intensive and the skill is relatively rare.

But collectors, who both appreciate superlative hand-finishing and can afford it, can justify (at least partially) their purchases because they can be confident in having not just the best hand-finishing, but the best finishing altogether.

However, if − and I’m tempted to use “when” instead of “if” as it is surely just a matter of time − machines can finish better, can we be confident that as many collectors will be willing to pay as much for what is not no longer the world’s best finishing, but only the best hand-finishing?

Vinyl records survive not (just) simply because of nostalgia, as powerful as that is, but because the quality of the music is significantly better than the mp3 format of most digital music. Whether the listener has a fine enough ear to hear or appreciate the difference between the music formats is neither here nor there. The fact is that records do offer (when partnered with a good turntable and amplifier) a much better quality sound than mp3. Now, a few astute readers may bring up the very valid and pertinent point that watch brands are no longer selling the best of anything, but rather “luxury,” an altogether more intangible feature.

Even the very best modern mechanical wristwatches are nowhere near the accuracy or reliability of (much cheaper) quartz models. But the industry is thriving (at least over the medium to long term) because collectors are buying luxury rather than practicality.

And if the audience − meaning potential market − shrinks, then the number of superlatively finished watches is likely to shrink, which will lead to fewer watchmakers and brands dedicating resources to creating the very best hand-finishing.

Which is why I think that we may be in a golden age for appreciating superlative hand-finishing in that we have the access, the information, and the hand-finished watches themselves.

Please note that I am not predicting the end of beautifully hand-finished watches, as there will (hopefully) always be a few watchmakers who will want to excel, but probably not as many as now. And there are not that many now.

Long may this golden period of hand-finishing last . . . because it is likely to come to an end, and the end may be sooner rather than later. For more on superlative hand-finishing, I recommend checking out the following articles:

* This article was first published on October 27, 2015 at Why We Are In A Golden Age For Appreciating Superlative Hand-Finishing In Wristwatches.