As watch enthusiasts, we sometimes have a somewhat emotional attachment to the commercial side of horology, seeing it almost as an organic entity instead of what it is: an industry.

The fact that many brands can generate such strong emotional connections is amazing and also quite important for selling luxury products, which are able to charge a premium on the emotions they create.

Let’s be honest: nobody needs a high-end mechanical watch. That we want one is based on the different levels of how a particular watch appeals to our emotions. And in the heat of passion, we sometimes tend to forget that, as in any normal industry, companies sometimes cease to exist for a panoply of reasons. This thought seems all the more apropos right now as the industry goes through a rough patch and a correction is taking place.

As in any industry, brands that have been unable to sufficiently insulate themselves, either financially or regarding market position, either have or are suffering.

In August 2017 MCT closed its doors, a high-profile casualty from the independent watch scene. For collectors who own timepieces from these brands, news like this can be somewhat frightening. 2010: RIP BNB Concept (though parts of it were taken over by Hublot and integrated into its manufacture)

Privately owned watch brands do not have to publicly post balance sheets, so it might come as a surprise for clients when they go belly up. This is especially sour when you have just invested a significant amount of money in one of their watches.

What makes it particularly sour, though – apart from the emotional aspect of knowing that you just bought into something that apparently wasn’t viable after all – is that when a brand becomes defunct, it usually has a negative impact on the resale value of its watches. This happens for several reasons. First, the brand is moving slowly but surely out of the eye of the general public, becoming a fond memory at best, stirred when flipping through old catalogs or coming across one of the watches on eBay or Chrono24.

Next, servicing the watch can become a challenge, especially if it was fitted with unique complications or a complicated movement. Frustrating, of course, as you bought a mechanical watch, and those are meant to last for at least a generation or two, right?

Coping is merely a matter of common sense. Like with any investment – and let’s be frank: for many watches are investments, despite their emotional component – it pays to do your homework. Quite a few watch brands are part of larger conglomerates that are actually listed on a stock exchange. This means that you can easily have access to their balance sheets, or at least those of the group as a whole.

This won’t be a complete guarantee, as even a conglomerate can discontinue its brands. But even if a brand should be discontinued, the group will most likely continue to service existing watches. A good example is when Bulgari bought the independent brands Daniel Roth and Gérald Genta in the early 2000s, only to eventually integrate both brands later into Bulgari. This meant that both names ceased to exist as separate brands, but the technology and know-how didn’t cease to exist within the group, so servicing watches by both of these brands has continued. It is highly unlikely that brands like Rolex or Patek Philippe will disappear anytime soon. That is also why in uncertain times, many watch enthusiasts focus more on these types of brands, which are considered the gold standard of the industry.

Sometimes you don’t want to do your homework or buy a watch from a brand that is considered a “gold standard.” You fell in love with a specific watch, and that is the one you want to purchase.

You should definitely go for it, as this is what keeps many amazing small and independent brands going. You will still have a watch that you love, and there are ways around not having the original manufacturer of the timepiece available for servicing it, though that will take a little homework.

The art of deduction

When it comes to caring for a watch made by a defunct brand, it is first and foremost important to know exactly what is inside the case.

The majority of relatively affordable mechanical watches are powered by ETA or Sellita movements. If this is the case, servicing won’t be a problem and can be carried out by any capable watchmaker.

Decorative components might be an issue, but sometimes there are still spare parts out there, and sometimes minor modifications can be made to at least keep the watch functional.

Quite a few smaller brands take a relatively common base movement from ETA or Sellita and add their “own” modules, providing the watch with a complication. This allows them to stand out, while at the same time keeping cost and resources in check as they only have to focus on the development or acquisition of the module.

Many of these modules have been developed and/or manufactured by specialized companies such as Dubois Dépraz, a Swiss supplier more than a century old.

In that case, your watchmaker may often be able to fall back on them for parts. In the case that the module was developed by the watch brand, it is up to the ingenuity of the watchmaker to see if he or she can find a solution, as with any vintage watch or clock in need of repair.

This can sometimes involve making parts by hand or finding a specialist. Yes, this can be costly, not to mention time consuming, but unless the module contains rapidly moving parts, like a 30-second retrograde indicator, they are in general often of a very sturdy design only requiring the occasional cleaning and oiling.

Even if a brand created its own manufacture movement after using exclusively third-party movements, it is possible that it didn’t start from scratch. Many manufacture movements are based on designs from decades ago, and often with expired patents (for example, Hublot’s Unico chronograph movement is, at base, a reverse engineered Valjoux 7750).

This doesn’t make it necessarily easier to get exact replacement parts, but at least a watchmaker has the knowledge to service it. It all really boils down to the same conclusion: make sure that you have a good relationship with a competent watchmaker to help maintain your watches. It will still require a lot of patience and at times significant investment to keep the watch running, but in many cases, it can be done.

When a brand ceases to exist and you own one or more of its watches, it just might be worthwhile ascertaining if this additional effort is something you are willing to put up with in the long run.

If not, you might want to consider selling these while they are still in working order, but possibly wait a bit if you can until the market gets over its disappointment.

As sad as it may sound, sometimes it can also be an opportunity when a brand ceases to exist. Prices of its watches will most likely immediately go down on the second-hand market due to the uncertainty that comes along with its demise. 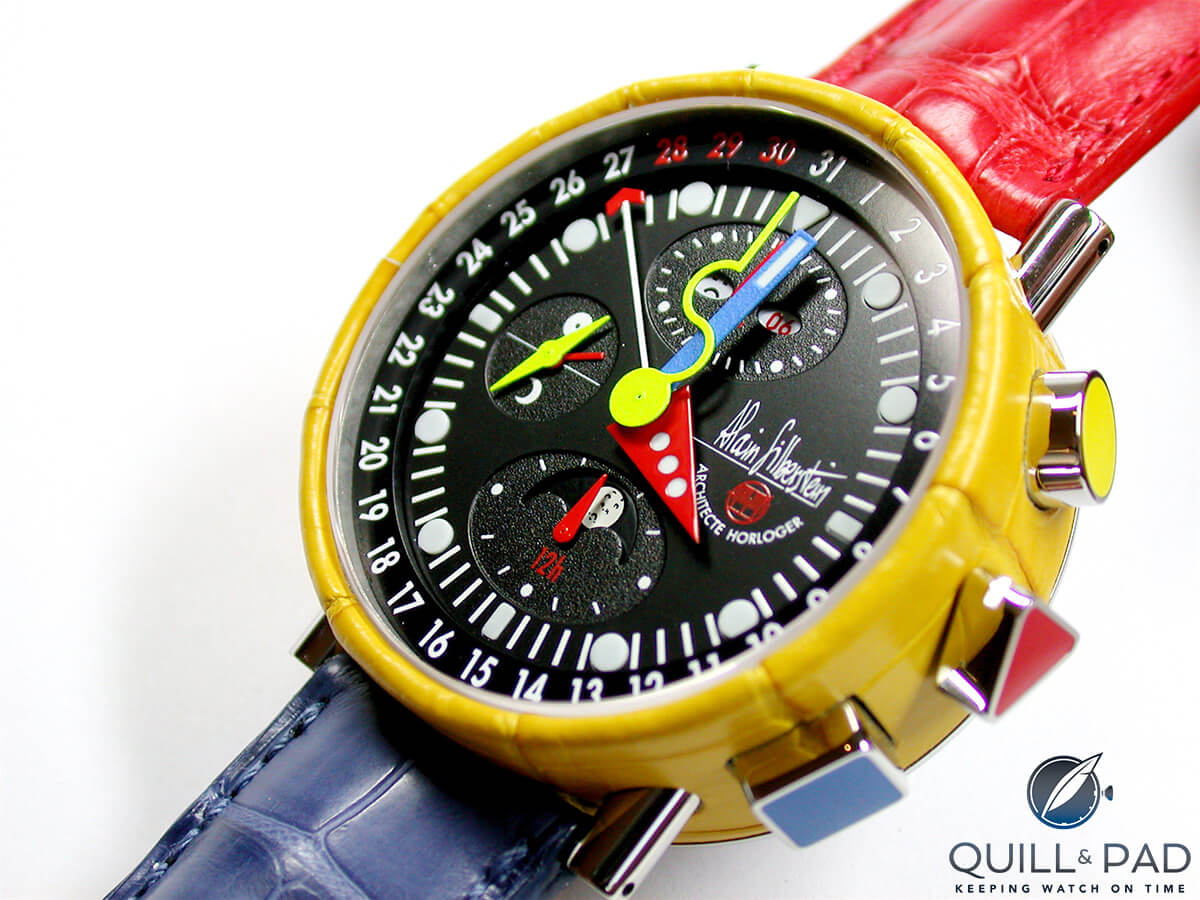 The value of Alain Silberstein watches dipped immediately after the brand’s demise in 2014, only to become quite sought after on the secondary market later

When Alain Silberstein stopped making watches, for example, prices for his watches in circulation went down quickly only to go up again later on. This secondary market price behavior sometimes resembles the stock market. While I would not promote watches from defunct brands as golden investment opportunities (which they rarely, if ever, are), they might provide the chance of owning a watch you always wanted at a much lower price.

* This article was first published on November 14, 2017 at Would You Buy A Watch From A Defunct Brand If The Price Was Right? Here’s What You Should Consider.

Living Beyond Your Means As A Collector: How To Avoid Getting Hurt Evolution, Chocolate Cake, And The MCT Sequential Two. What? A Xenomorph From Continuing Evolution: MCT Frequential One F110