Ask someone with little knowledge of watches what the best brand is and I would guess a significant number would respond, “Rolex.” I would. (A horologically inclined site this may be, but I’ll confess to the most rudimentary knowledge of watches.) A casual champagne drinker would likely name Dom Pérignon as the world’s finest, or possibly even Moët. And so it goes.

Dom Pérignon is undoubtedly a great champagne, but the best? At that level, we are talking personal preference.

If the question was put to occasional cigar smokers, I have little doubt that most would immediately declare Cohiba the finest of all. Is it? Again, personal preference rules. But to be fair, Cohiba is surely among the elite. Part of this is undoubtedly due to the almost mythical nature of its genesis. 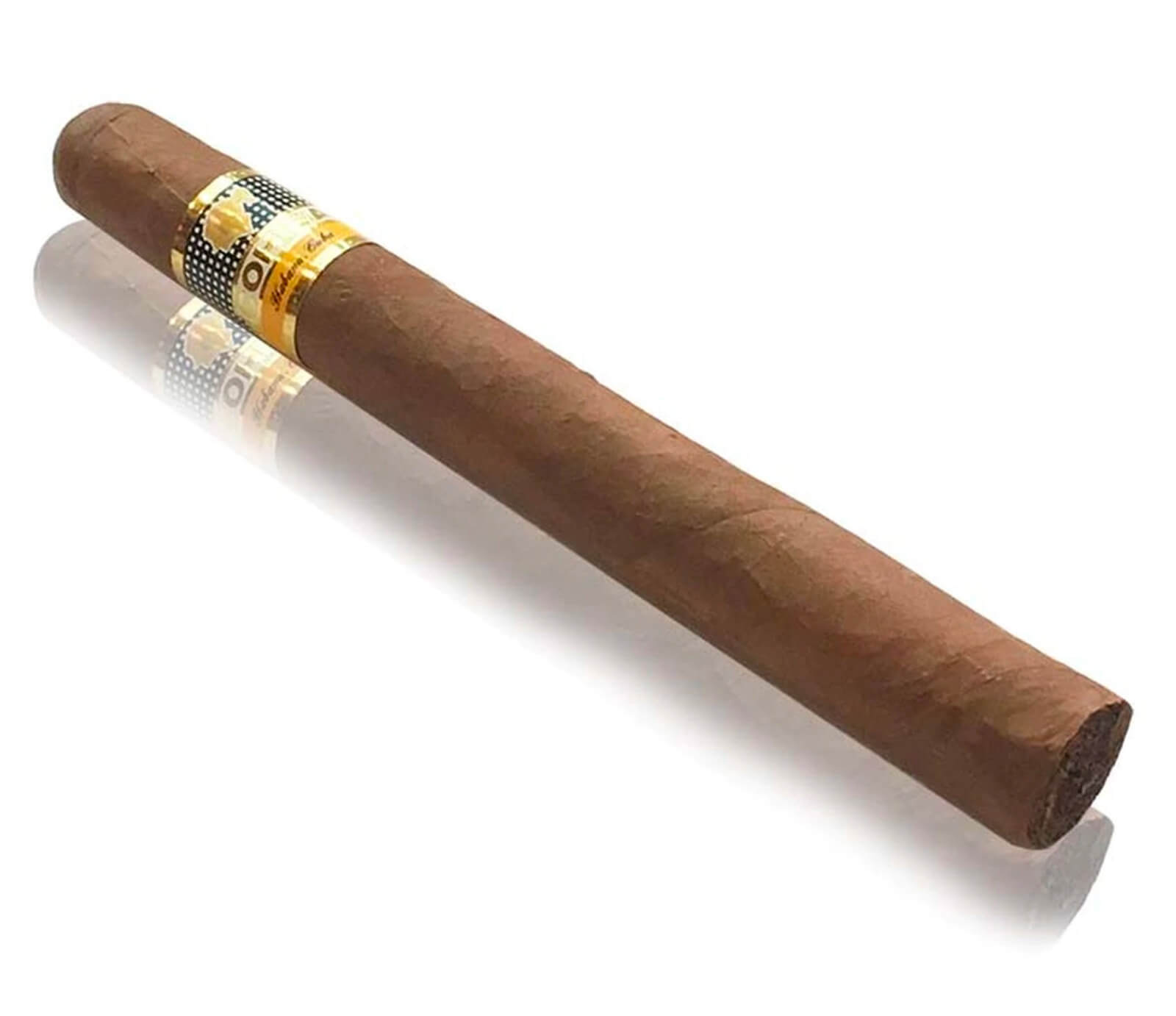 The mythical genesis of Cohiba

World leaders, especially famous Revolutionaries, rarely find themselves involved in creating a brand, yet without Fidel Castro there would be no Cohiba. In Cohiba Maduro 5: Some Of The Most Faked Cigars In The World (For Good Reason) I touched on how this came about. It is worth an expanded revisit.

The legendary brand began when Castro’s bodyguard, Chicho (Bienvenido Perez Salazar), offered him a cigar in 1962 (or ’63, depending on your source). The cigar was a fuma, one rolled for personal use. In this case, it was rolled by Eduardo Rivera (or Ribera or even Rivero, according to some sources) and he had shared some with his friends, including Chicho. Castro loved it.

And a legend was born.

At the time, Eduardo was just 20 years old though he had been rolling cigars for seven years. Next thing he knew, Eduardo became the exclusive supplier to El Jefe.

The following year, Castro established what was known as the Plan Especial de Tabaqueria and opened a factory dedicated to producing this glorious cigar. Castro generously nominated himself as the man to test the quality of the output.

As mentioned in that story, in an interview with Marvin Shanken, founder of Cigar Aficionado, the magazine that massively boosted the popularity of cigars back in the 1990s, Castro recounted the story: “I used to see the man smoking a very aromatic, very nice cigar, and I asked him what brand he was smoking. He told me that it was a special blend, but that it came from a friend who makes cigars and he gave them to him. I said, let’s find this man. I tried the cigar, and I found it so good that we got in touch with him and asked him how he made it. Then we set up the house, and he explained the blend of tobacco he used. He told which leaves he used from which tobacco plantations. He also told us about the wrappers he used and other things. We found a group of cigar makers. We gave them the material and that is how the factory was founded. Now Cohiba is known all over the world.”

There is some confusion about exactly where these cigars were first made. Eventually, production would move to the exquisite old Spanish mansion on the outskirts of Havana known as El Laguito (really worth a visit if you happen to be in Havana during the Habanos Cigar Festival, but otherwise closed to the public), but there is some suggestion that originally it was at the abandoned palace of the marchioness of Pinar del Rio, the region that produces the greatest tobacco on the planet.

This mansion is now a museum dedicated to natural sciences and offers visitors the sight of a giant concrete Tyrannosaurus Rex, although as best as I can ascertain the giant lizard was never found in Cuba. It was on the itinerary for visiting U.S. President Barack Obama and the First Lady on their historic trip to Cuba in March, 2016.

A further theory, from Min Ron Nee in his magnificent work, An Illustrated Encyclopedia of Post-Revolution Havana Cigars (an absolute must for anyone serious about cigars), has them being made at a former country club from 1964 before moving to El Laguito in 1967.

Whether there was ever production at that mansion might be up for debate, but what is not is that very soon production was in full swing at El Laguito in Havana. This estate was taken into the cigar family in 1966.

Formerly, it was the residence of the Fowler family, one of Cuba’s richest, which made its fortune in sugar (plus railroads, rum, banks, airlines, and more) and was heavily involved in Cuban politics, right back to the early war of independence. The family fled after the Revolution. It is believed that one descendent was caught as part of the invading forces during the Bay of Pigs and jailed for the best part of a year. The story suggests that he was traded back to the USA for a quantity of penicillin. Other descendants, based in the States, are still active in their opposition to the current regime. The family fled after the Revolution.

When El Laguito opened its doors, it needed cigar rollers. In one of the more interesting commercial decisions, reports claim that some 200 local prostitutes were rounded up and given training for their new career – two birds, one stone? It has maintained an almost all-female work force ever since. This decision was made by Castro’s girlfriend, Celia Sanchez, who also chose the residence. Originally, El Laguito was reserved for Cohiba cigars only but later this was expanded to include Trinidad.

Eduardo became manager of the Cohiba brand and was well known for his scrupulous insistence on ensuring every process was held to the highest standards and for instigating the triple fermentation of the tobacco destined for Cohiba cigars – other producers use a double fermentation process.

In 1964, the first cigar under what would become the Cohiba label was made, though it was not given that name until 1968 (or 1966, again depending on your source) when Celia Sanchez gave it the famous moniker. Sanchez also worked as the assistant to Eduardo in addition to her work with Castro, and was in addition a famous Revolutionary from the very earliest days. The name “Cohiba” came from the language of the original native inhabitants of the island, the very ones encountered by Columbus when he thought he had found India. It was what they called their version of cigars, presumably rolled up tobacco leaves and not quite as sophisticated as those we see today.

The first cigar was the Lancero as Castro was a devotee of the longer, slimmer style of cigars. They were joined in 1967 by Coronas Especiales and Panatelas. In the early days, those cigars that did not fall to Castro were given to dignitaries as gifts. The bands did not bear the name Cohiba, but rather the name of the recipient of the gift.

The original design for the Cohiba brand did not appear until 1969, but only lasted briefly. These early Cohiba cigars were legendary, not least because they were not available to the public. Gifts only.

Finally, in 1982 the decision was made to reveal them to the world (a poorly kept secret they were at that time), after which they pushed the marketing on an international basis from 1989, at which time the Exquisitos, Robustos, and Espléndidos appeared. This was the Linea Classico series.

For me, until the proliferation of Limited Editions, one-offs, regional releases, special selection, and you-name-it cigars, if Cohiba was the king then the Espléndidos were the ultimate Cohiba. In other words, if you wanted the best of the best you chose a Cohiba Espléndido. Of course, there were plenty of cigar lovers who opted for brands like Montecristo or Partagás. But if you did get your hands on an Espléndido, you would not be disappointed.

How do Cohiba Espléndidos taste?

Min Ron Nee describes them as having a strong bean note, especially older examples. The grassy notes so often seen in Cohiba cigars are there but not as pronounced as in some others under this label. He also notes their balance and the “creamy, sweet taste.” I do not disagree with this at all, especially the comments about balance and that creaminess. But for me, they also have a wonderful honey character and perhaps a little less of the bean note.

I find a little inconsistency with this cigar – a never-ending issue for Cubans – but if given some age, this tends to resolve itself. A recent example, granted a rather youthful one, was a 94-95 cigar for me. And I have certainly seen better. A well-aged Espléndido can go higher again.

For those who like technical details, the Espléndido is a “Churchill” at 178 mm with a ring gauge of 47 mm. Kept well, these cigars will age and improve for many years. They come in boxes of 25 and cardboard packets of three.

Whether or not you consider this the king of cigars is up to you, but by any standard the Cohiba Espléndido ranks very highly indeed.