Laws In The World Of Wine And Spirits: The Good, The Bad, And The Idiotic

In Vermont no woman may wear false teeth without the written permission of her husband. And in France you are not permitted to name your pig Napoleon – although unless you are part of the cast of the old sitcom Green Acres why would you name your pig anything?

It would seem that the law is indeed an ass as Charles Dickens told us in Oliver Twist (it does seem Mr. Dickens may have pinched that from English dramatist George Chapman, who used it in 1654 in the play Revenge for Honour, or possibly Henry Glapthorne, who used it in his The Parricide the previous year, or even someone else entirely – but I have digressed).

In any event, Shakespeare was surely spot on when he suggested in Henry VI that, “We kill all the lawyers” (I say this as a former lawyer). There are good laws, bad laws, and truly idiotic ones.

As with every aspect of our lives, the world of wine and spirits is heavily regulated. Growing grapes, making the stuff, distilling, selling, even (perhaps especially) drinking it.

Why have I turned to this? One of our former topics, Japanese whisky, has seen some major changes to its regulations recently, and a future one – I’m very keen to report on the stellar 2019 vintage for German wines – has seen the same. German Riesling is one of the world’s greatest wine styles, versatile and yet scintillating, and more than deserving of more thorough coverage.

So, Germany first (and having sat through far too many interminably dull law lectures, I promise this will be a brief overview). German wine laws, largely introduced in 1971, have long been regarded as the most complex, convoluted, and often intractably impossible to understand on the planet. And like George R. R. Martin’s winter, changes have come. Germany introduced a new hierarchy for its wines in January 2021 (it will be a process of implementation, binding for wines from the 2026 vintage) based on geographic origin. Top German wines, known as Qualitätswein, are now divided into four categories: area, region, village, and vineyard.

Of course German bureaucracy never makes things easy, and so the current hierarchy – Prädikat, which relies on must sugar levels – is to remain in force. Why have one system when you can have two?

However, the German agricultural minister Julia Klöckner is the daughter of a winemaker. She has been described in the German press as “a wine queen with a lot of technical skills” and was the editor-in-chief of an industry trade magazine. While I have no idea what a “wine queen” is, at least the minister should have some idea. And how often does one get to say that about a politician?

A presumption has been made that the smaller the geographic region/area is, the better the wines must be. Not sure that strictly follows, but it is probably ballpark. Top of the pyramid will be the Grosses Gewächs, the equivalent of Grand Cru. It needs to be a single vineyard wine, single vintage of course, and dry rather than the sweeter styles we so often associate with German Riesling. And naturally there are numerous other technical requirements.

Next up is Erstes Gewächs, effectively Premier Cru. The rules are similar as those for Grosses Gewächs but a little more relaxed. Within these two, one can have what is called a Gewann, a smaller parcel.

The parallel classification works in relation to sweeter styles. We still have, in ascending order of sweetness (noting the outlier Eiswein), Kabinett, Spätlese, Auslese, Beerenauslese, Eiswein, and Trockenbeerenauslese.

This is the barest bones of what will transpire, but so far the responses are largely positive. If, however, you do not completely follow, don’t worry. I suspect you are not supposed to. As one wag described the new system, it is a wonderful opportunity for German winemakers to put even more long and unpronounceable words on their labels, while another suggested that not even Bletchley Park would be able to crack this new classification. We shall see.

The Japanese changes have raised a few more eyebrows. The industry has largely been operating under rules established back in the 1950s, so it was certainly overdue for an upgrade.

Strong international demand for Japanese whiskies had greatly reduced supplies and there were issues arising as to the origins of all supplies. Some producers were using overseas whiskies to incorporate into theirs, and fully detailing this. Others were possibly doing it on the quiet.

Now the new regulations will hopefully align Japanese whisky with Scotch and Bourbon in protecting its geographic origins. 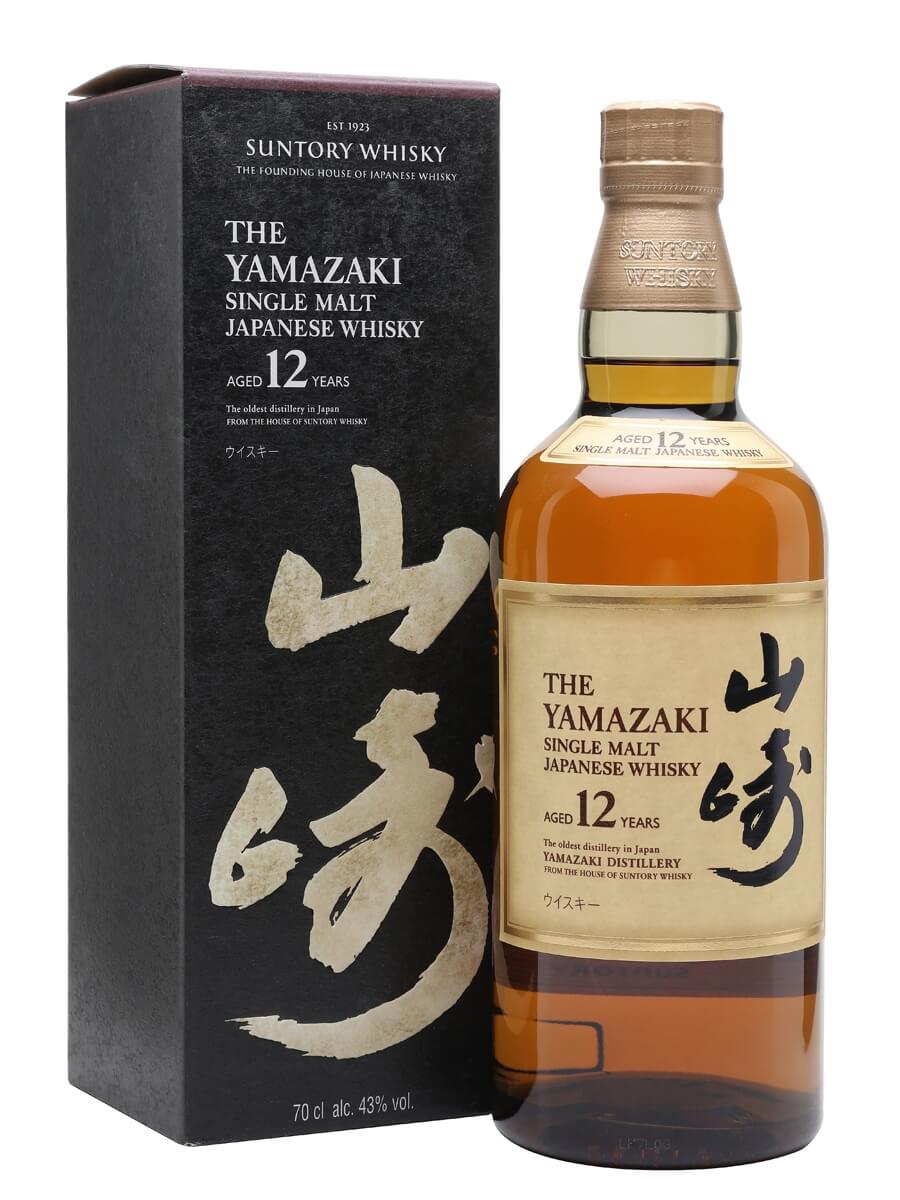 Any bottle labelled “Japanese whisky” must contain some spirit made with malted grains. Production must take place entirely within Japan. Bottling can take place away from the distillery but must still be within Japan. All water used must come from Japan. Any spirit claiming to be Japanese whisky must be aged in wooden casks for at least three years. So technically, not specifically oak, which might be interesting. The spirit must be at least 40 percent ABV and cannot exceed 95 percent.

At present these rules apply to members of the Japan Spirits and Liqueurs Makers Association, however this group includes most of the major players. These rules will apply to any product from Japan, so one cannot fudge the labels (by calling it “whiskey” or putting a Japanese flag on the label or some other ruse).

The transition period concludes on April 1, 2024 (and yet this is not an April Fool’s Day prank). Whether it will be eventually extended across the board remains to be seen. These new regulations should surely only strengthen the category and help prevent dodgy practices.

Now, notwithstanding that the topic has been wine and whisky, rarely have we had such a dry subject on Quill & Pad, so perhaps a look at some idiotic laws for a bit of fun (hopefully, I have not been misled by too many urban myths but that unimpeachable source of information, the internet, assures me these are all true).

Severe penalties for drunk driving are hardly idiotic or the subject for fun, but in El Salvador expect the firing squad. And this can be for a first offence. Apparently, the legislation does not specify the penalty for a second offence. Alabama has apparently done its bit to cut down on stupidity in cars (one assumes that no one sober would even think of doing this) by banning driving while blindfolded. 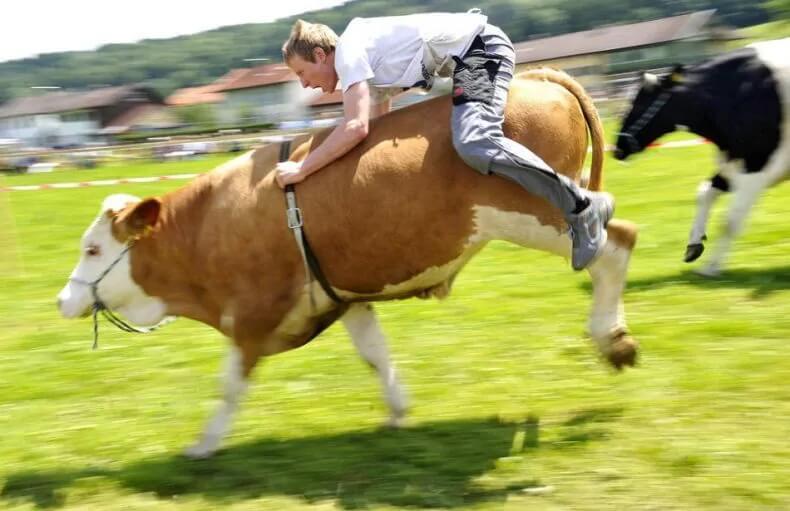 Don’t ride a cow while drunk in Scotland

Scotland seems more worried about farm stock than vehicles, making it illegal to “propel” a cow while under the influence. In Maharashtra, India if you wish to drink (no mention of driving cows), you need a license that has to be issued by the Government Civil Hospital. If they had a bar on the premises, you could kill all birds with that one proverbial stone.

In La Paz, Bolivia married women are allowed only one drink when out dining or enjoying themselves at a bar, supposedly to prevent them flirting. I bet the local #MeToo movement is happy about that. Presumably, this particular piece of lunacy was introduced by a local councilor who was unimpressed by his wife’s behavior the evening before.

Those who enjoyed our tale of Black Tot Day might be interested to learn that rum and the British Navy have more curiosities to offer: the Constable’s Dues. This began in the Middle Ages when the constable who ruled at the Tower of London received fees from prisoners. These constables were also entitled to “all flotsam and jetsam on the Thames” and they were entitled to keep all “livestock that fell from Tower Bridge into the Thames.” Quite why livestock was falling from Tower Bridge remains obscured by the mists of time.

There were many more forms of tolls imposed on pretty much anyone they could think of. Bring herring to London – that was a shilling. A pilgrim heading to worship at St. James? Tuppence.

Perhaps their best rot was the toll from ships traveling the Thames. In those days, ships would unload a percentage of cargo to cover the tolls – usually as much as any constable could carry. Eventually, these tolls were no longer enforced but, as the Brits are wont to do, ceremonial rituals run deep and there is an annual rite whereby the constable receives a keg of rum from the navy. Needless to say, much pomp and circumstance are involved.

You want strange? We are assured that in Ohio it is illegal to get a fish drunk. Oh, the questions I have! First, who would want to get a fish drunk? Next, how on earth do you do that? Perhaps tip a bottle of Billecart-Salmon champagne into your fish tank?

Finally – and as an Australian, I have to say I think this one might be a myth – it is alleged to be illegal to crush a can of beer between your breasts down under; presumably that applies to both men and women. We are told that an Australian woman was fined for doing so.

In Florida unmarried women are not permitted to parachute on Sundays. Many will have looked upon the American gun laws with stunned amazement (others may think them entirely appropriate) but allegedly the residents of Kentucky are not permitted to carry a concealed weapon if it is more than six feet long. How would it be concealed?

Over in that bastion of sanity (as an Aussie, we are allowed to poke gentle fun at the nation that packed up and shipped so many of our forebears to a distant land, and we are grateful they did), Great Britain, it is illegal to die in the Houses of Parliament. I would love to know the penalty for that! It is also considered treason to put a postage stamp of the queen upside down on a letter. Who doesn’t love a London cabbie and his or her traditional black cab? They have it tougher than you might think: they are prevented from carrying rabid dogs and corpses. Why would anyone want a rabid dog anywhere near them in the first place, let alone locking one in a small, confined space with you. And what if a passenger dies en route? Is he immediately dumped on the footpath?

It is also illegal for anyone afflicted by the plague to hail a cab. So hail a cab to go to a hospital and be saved and then be subsequently fined? Or die?

And should a whale wash up onshore in good old Blighty, then the head automatically belongs to the king while the queen gets the tail (the theory being that tailbone whale bones make better corsets).

I know, you think that all of these laws are ancient oddities that have never been cleaned out of the books. Well in 2006, the UK parliament added one: the Tax Avoidance Schemes Regulations makes it illegal not to tell the taxman anything you don’t want him to know (there are a vast number of things I don’t want anyone to know and that I cannot imagine would be relevant to tax, but . . . ), however it is perfectly legal not to tell the taxman anything you don’t mind him knowing. It would appear that Monty Python wrote the English tax laws.

My letter of complaint mysteriously had an upside-down stamp.

Splice The Mainbrace! Pusser’s Rum, Black Tot Day, And The End Of A Royal Navy Tradition