The Value Of Rarity: Christie’s Auctions A Black-Dialed A. Lange & Söhne Lange 1 In Stainless Steel (Exclusive And Never-Seen Photos)

As we approach the upcoming Christie’s New York auction on June 7, 2016 the ultra-rare stainless steel Lange 1 with a killer black dial has already enticed a lot of buzz among my collector friends. (For those not in the know, A. Lange & Söhne does not regularly produce watches in stainless steel, only precious metals.) The watch in question, seen in my photos throughout this article, is one of perhaps only 25 stainless steel watches of any kind ever made for sale by A. Lange & Söhne.

And while Lange isn’t saying, by general consensus among informed collectors it is one of only three Lange 1 examples in steel with a black dial, and the first ever to appear at auction.

That’s more than enough to get my juices flowing, but in this case I’m an even more interested observer as I know all three owners this watch has had, including the current owner who has made the tough choice to part with it to finance another acquisition. Movement view of the A. Lange & Söhne Lange 1 in stainless steel with black dial

Would you make the same call? Perhaps a few thought starters will help:

Welcome to the world of rarity! The more I’ve pondered and researched the topic, the more it becomes clear that numerical scarcity interacts with several other drivers of value, and that each of us as collectors views those tradeoffs differently.

In a world with no constraints

What if, just once, it were possible to buy a watch that ticked all of the value boxes that both make for a great watch and suggest robust future valuation? Our wish list of characteristics might include: Either happily or sadly, we don’t live in such a world where objects meeting all of these criteria abound, and it’s when the factors begin to interact that things get interesting. Take the example of the Patek Philippe Reference 3448 “Disco Volante,” a clean-looking perpetual calendar watch of which 586 examples were made. The great majority of those watches were encased in yellow gold, and buying one of those at auction today would typically set you back between $80,000 and $125,000. 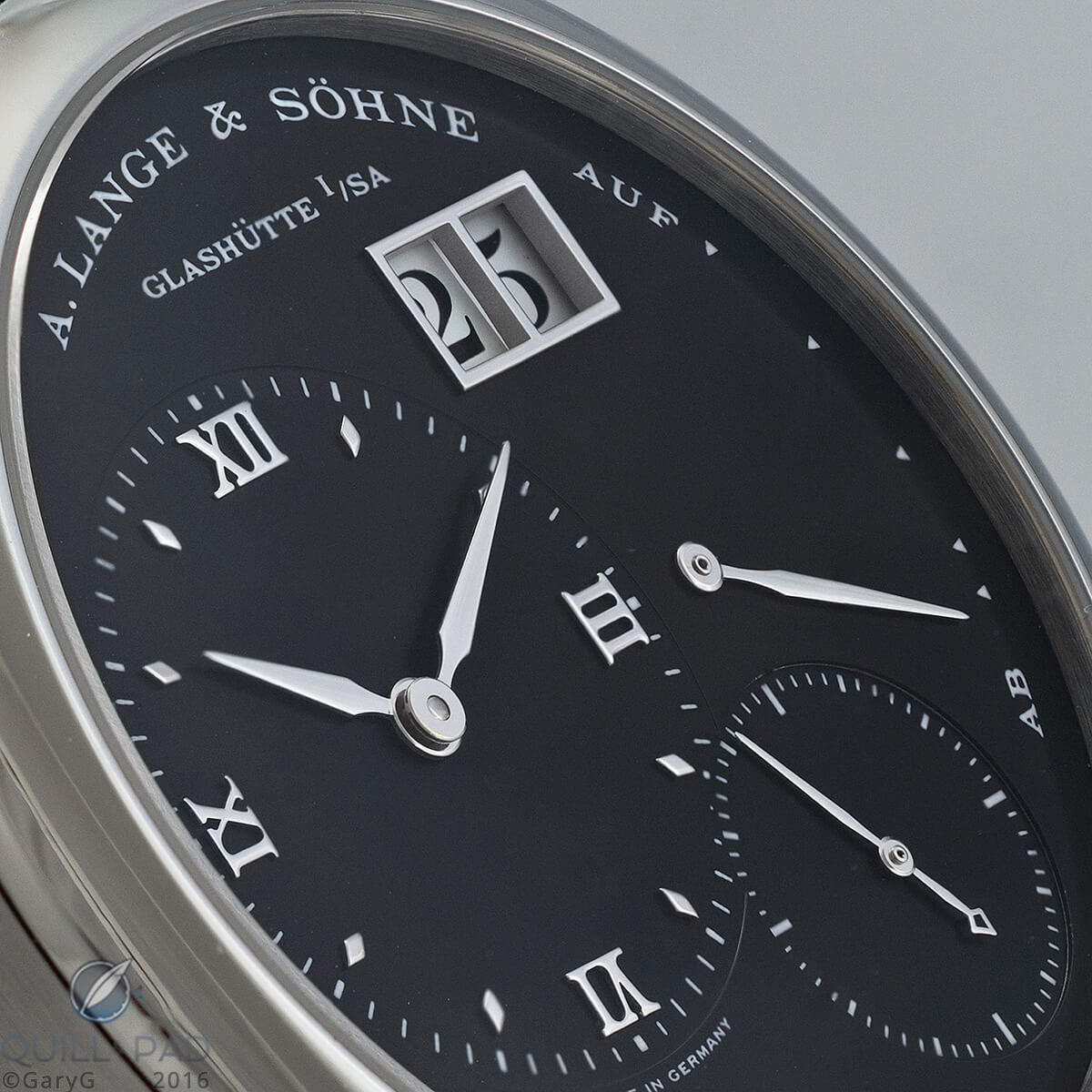 Dial detail of the A. Lange & Söhne Lange 1 in stainless steel

Confounding factors aside, at the very top end of the market sheer numerical rarity does seem to lead to exponential price elasticity as well-heeled buyers become increasingly keen to own something that others don’t.

And if you really want to go all out, you can wait until one of the two pink gold 3448s becomes available again; in 2011, one of those sold at Christie’s for over $2.3 million. Beauty as well as rarity: A. Lange & Söhne Lange 1 in steel with black dial

Sometimes, sheer rarity (with a bit of age thrown in) can lead to huge escalations in value. The Patek Philippe Reference 5020, a TV-shaped 37 mm perpetual calendar, was so unloved at the time of its introduction in the 1990s that very few were made.

At least in my opinion, the passage of time has done nothing to improve its appearance; but in 2015 one of the few white gold examples sold for more than 200,000 Swiss francs.

As you might imagine, however, scarcity alone doesn’t always dictate the full outcome. For instance, with Ferrari there’s only one 250 SWB “Breadvan,” while 39 250 GTOs exist, but the “iconic” 250 GTO is almost twice as valuable.

The looks of the Breadvan don’t appeal to everyone (Gianni Agnelli once famously had his butler paint it black because he likened it to a hearse) and the driving position is so cramped that many drivers simply don’t fit comfortably. Making choices in the real world

So let’s say that due to a fortunate set of circumstances, good friendships, and fortuitous timing you already had the black-dialed steel Lange 1 in your collection. Why might you decide to sell?

This is where the real-world constraints of collecting come into play. I’ve met a few collectors who seem to have near-infinite financial resources; but as a rule collectors have to make tradeoffs no matter where we sit on the scale of pieces owned and their value. Object of desire: A. Lange & Söhne Lange 1 in stainless steel

As I’ve watched my good friend’s collection over the past several years, there has been a clear trend in his holdings toward highly complicated and mechanically novel watches from a small number of top brands and independents. As a result, he owns a number of pieces that were made in limited numbers; but the nature of the watches themselves, not their scarcity, has been his core driver.

Several months ago, he bought an important chiming perpetual calendar watch as well as an “unobtainable” mechanically inventive watch from a leading independent, and the question became: what to sell in exchange?

The final choices came down to another rare repeating wristwatch and the steel Lange 1. After months of deep consideration he concluded that based both on the technical merits of the repeater and some personal considerations surrounding its acquisition it was the more meaningful one for him to keep. Before it vanishes again: the A. Lange & Söhne Lange 1 in stainless steel emerges for auction

That was his choice; what would yours be?

Let’s return to our criteria for an ideal rare watch: Icon in more than name: ultra-rare A. Lange & Söhne Lange 1 in stainless steel with black dial Bottom line: if you are a hard-core Lange collector, or someone who is building a carefully curated collection of the most notable and representative watches from the most respected makers, this may be that rarity: a true once-in-a-lifetime chance. You may also like Behind The Lens: Rare Lange 1 Limited Editions.