There is little more mythical in the world of horology than the existence of a handful of stainless steel watches by A. Lange & Söhne, a brand that only officially makes its timepieces housed in luxurious precious metals. 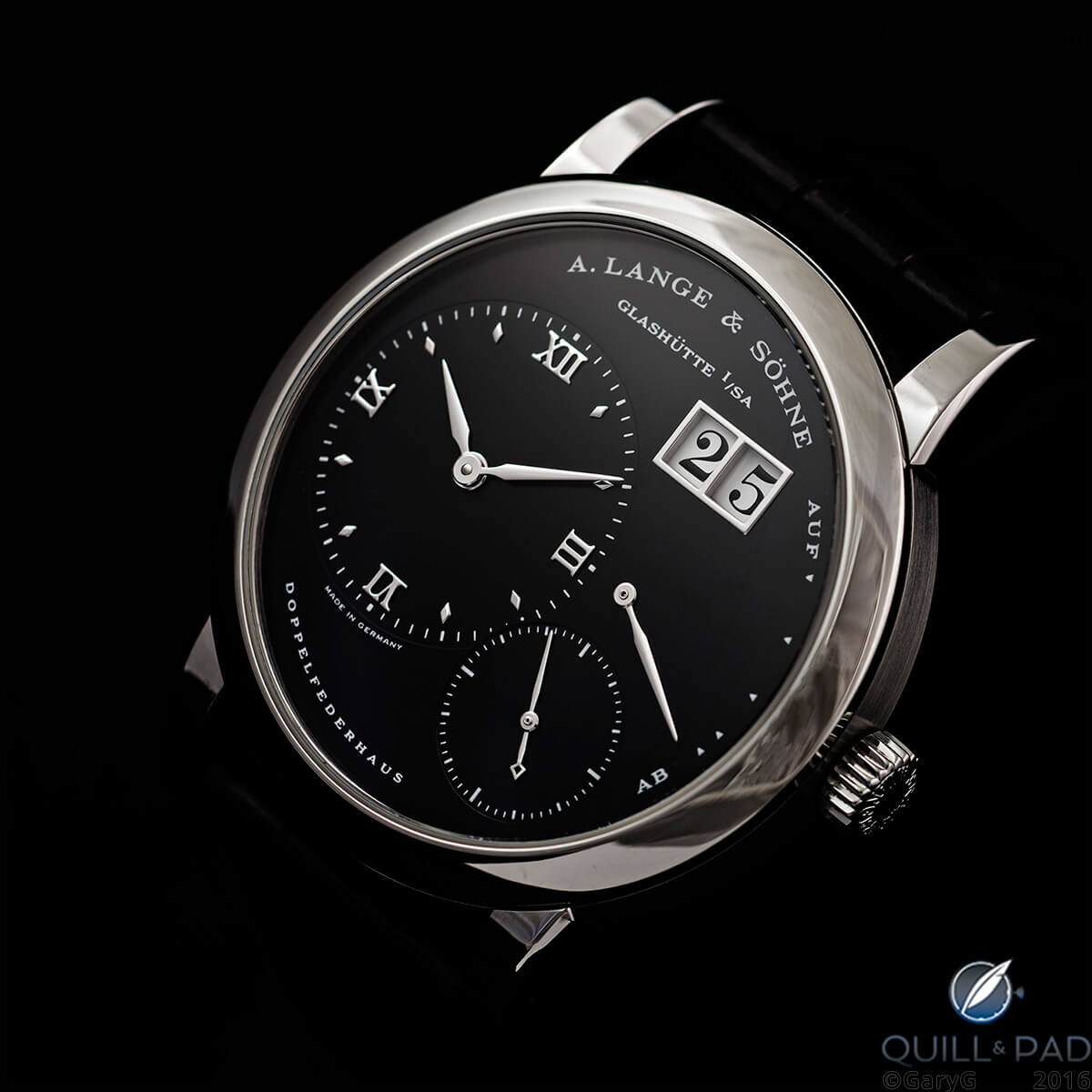 In The Value Of Rarity: Christie’s Auctions A Black-Dialed A. Lange & Söhne Lange 1 In Stainless Steel, GaryG states that there are perhaps only 25 stainless steel watches of any kind by A. Lange & Söhne in circulation.

A. Lange & Söhne isn’t saying, and there has been lots of speculation, but what is known for sure is that at least some of these rare stainless steel watches have originated in Milan’s premier watch retail store Pisa Orologeria. Pisa Orologeria was established in the heart of Milan by Divino Pisa, the second oldest of 13 brothers who began working as a watchmaker and engineer in the early 1930s, eventually founding the first Italian school of watchmaking. Divino was followed by brothers Ugo and Osvaldo, who also opened a small workshop in the city. The Pisa brothers united in the 1950s and their shop soon gained international attention.

Upon Ugo’s passing in the 1970s, the business passed to daughters Grazia and Maristella as well as Fabio Bertini, Osvaldo’s nephew. Maristella’s daughter Chiara entered the business in 2006, the family’s third generation.

Pisa Orologeria continues to make a significant impression on the world horology market because of its tradition, history, and of course its nearly legendary involvement in the almost secretive existence of stainless steel watches by A. Lange & Söhne.

In 1992 Bertini – by then director of the business – became friendly with Günter Blümlein of A. Lange & Söhne; Pisa became one of the first retailers to wholeheartedly believe in the re-founded German manufacture.

“When A. Lange & Söhne was re-founded in the 1990s, Pisa Orologeria was one of the first retailers to believe in their rebirth,” Bertini confirmed to me recently. “Therefore at the time I had an ongoing working relationship with Günter Blümlein and I initially proposed to make a Lange 1 in stainless steel. His reply was very rational: he explained to me that the different case material wouldn’t have generated any change in terms of price from the gold-encased version. But my motive wasn’t related to price, I was tickled by the idea of having a steel version of a product usually crafted in gold – this was something outside the box, especially considering it contained an important complication inside. And Mr. Blümlein accepted my offer.”

By the mid-1990s Bertini and Blümlein – Walter Lange’s partner in re-founding A. Lange & Söhne and head of LMH (Les Manufactures Horlogères), which was eventually taken over by Richemont – had together created the handful of stainless steel specialties. These watches are so underground that it is still difficult to find information about them.

However, the now-retired Bertini confirmed to me that Pisa purchased about 20 stainless steel A. Lange & Söhne timepieces in total, three with black dials. Bertini first desired A. Lange & Söhne timepieces with special dials for Pisa. “It was not possible to realize a special dial for them,” Bertini revealed. “Therefore all the changes that were made possible for us involved the case material.”

This included the only Tourbillon Pour le Mérite produced in stainless steel (number 149/150) in 1996. “That watch was crafted upon my request,” Bertini continued. “I liked the idea of such a classical watch realized with a different and unconventional material. The steel tourbillon took only three days to sell: I offered it to Mr. S, and he immediately loved the idea.” View through the display back of the stainless steel A. Lange & Söhne Tourbillon Pour le Mérite (photo courtesy Peter Chong/Deployant)

This example of the Tourbillon Pour le Mérite was sold to a collector who goes by Mr. S (he preferred to remain anonymous) in 1996. To my knowledge, this collector from Milan still owned this wristwatch, though Bertini has now informed me that Mr. S has sadly passed away. The whereabouts of the individual example of the stainless steel Tourbillon Pour le Mérite are currently unknown. Peter Chong had the chance to handle and photograph this stainless steel Tourbillon Pour le Mérite, an experience that he describes in his book, A. Lange & Söhne: The “Pour le Mérite” Collection.

Chong writes that as the dials and hands are identical, outwardly there is no discernible way to tell this piece apart from the regular white gold version except for the weight. It is the absence of precious metal hallmarks that would tip anyone off to the fact that this piece is not white gold or platinum if they weren’t aware that steel is lighter than those two metals (see Here’s Why: Stainless Steel Is The Most Precious Metal).

Today, the rare-as-hen’s-teeth stainless steel examples are the most sought-after collector’s pieces made by A. Lange & Söhne. With very special thanks to Peter Chong of Deployant for the kind permission to use his exceptional photos.