Face Off: Arabic Numerals Vs. Roman Numerals, The (Roman) Empire Strikes Back

When Rome fell on its knees in the fourth century, India rose to the occasion and gave the world what the Roman numeral system didn’t: the number zero!

Gauging the raw potential in the zero’s simplicity, Arab scholars and mathematicians sent India’s zero to their finishing school, making it full and wholesome before presenting it to Europe. And in the blink of an eye, the Roman numeral system built on the decimal foundation was decimated, making the young and happening Arabic numeral system the new worldwide number representation standard. Even though both numeral systems are the offspring of gradual evolution and inspiration from preceding civilizations, Roman numerals kept the accounts straight and fiducial through their definitive stems (the vertical/diagonal strokes of letters), which held in them a ceremonial structure of maturity and transcendent gracefulness — as if oriented by a higher power. When something needs to stand the test of time or hold a torch down the uncertain passages of history, Roman numerals take precedence. That is why, despite its commercial defunctness, the Roman numeral system has experienced a resurgence in architecture, literature, art, ecclesiastical endeavors, and anything that is designated to last for generations.

Meanwhile, the revolutionary and more legible Arabic numeral system was elected as the ambassador for timekeeping in watches issued to members of the armies, navies, and air forces during the important wars then drastically changing the world map.

That highlights just how serious the Arabic numeral system is. The bright, luminous dial with Arabic numerals of the F.P. Journe Élégante in titanium

Unlike its Roman counterpart, the Arabic numeral system is built for extreme functionality. Its characteristic bowls (the closed, rounded part of a character), descenders (the portion of a character that drops below the imaginary horizontal line on which the character sits), counters (the negative space within a character that is open on one end), and apertures (negative space in almost closed characters) bear testimony to its Terminator-like specific objective: to tell time with no strings attached.

The Arabic is a numeral system without a conscience. That is why in World War I and II the men who put their necks on the line were given pocket and wristwatches with Arabic numerals, while the nurses who tended to their wounds were given watches with Roman numerals. 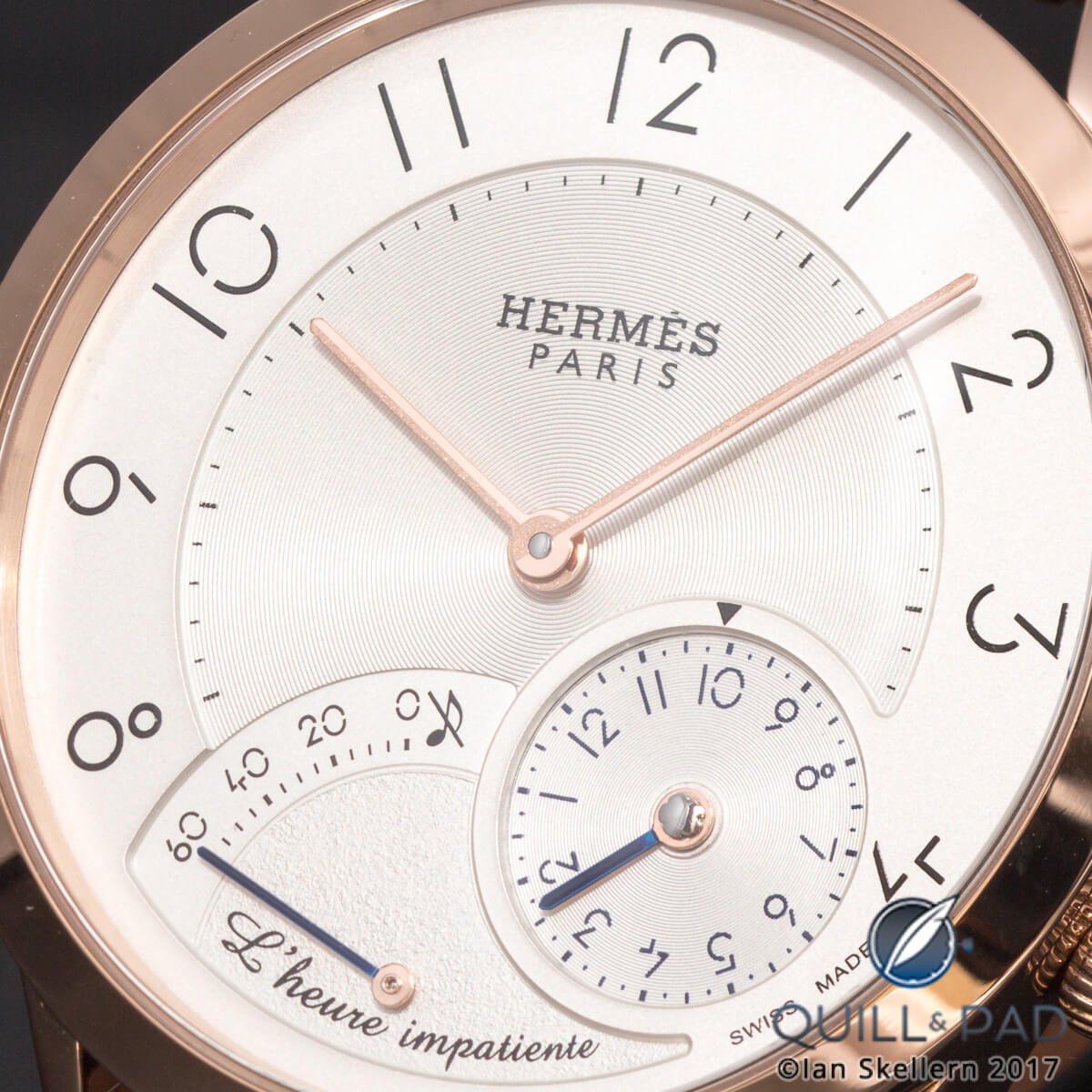 The modern world would collapse without Arabic numerals. Just as Steve Jobs convinced the smartphone generation that the human eye could not distinguish a higher resolution than 300 DPI, with its sensuous pouts, curves, and drops Arabic numerals have earned the confidence of the world for doing math and telling time.

In the summum bonum pursuit of pushing the envelope in haute horlogerie, watchmakers, apart from being entangled in their customary wheels-within-wheels design process, have yet another gruesome decision to make: whether to go with Arabic or Roman numerals – or perhaps even contemporary time markers such as hashes, dots, and even nothing. Unlike the Contrôle Officiel Suisse des Chronomètres (C.O.S.C.), the official Swiss chronometer-testing institute that tests the precision of chronometers in Switzerland, there is no official authority to determine what watch dial or numeral system displays time most efficiently.

Perhaps it is time we had such an institution. Or, perhaps, not. It is what is on the inside that counts, right?

On the one end of the spectrum, the technological habitat that we have nursed ourselves into has defamed the primordial concept of a wristwatch, while on the other think-spectacularly-out-of-the-box spectrum we have watches like the HL Sphere and the Skull from path-breaking high-end watchmakers Hautlence and HYT redefining the fundamental definitions of a watch’s purpose and function. Jaquet Droz’s latest tagline, seen in the context of its modernistic Skelet-One, puts it aptly: “Some watches tell time, some tell a story.”

It is no doubt that Roman numerals are blue-nosed exhibitionists that many cradled in the epoch of digital renaissance absolutely love to hate – to the point that they would rather have their wrists cut off than sport watches bearing these old-fashioned numbers.

The fact that Roman numerals can add value to something that you otherwise cannot add value to not only makes it an invaluable numeral system, it also makes your precious moment invaluable. We have to consider the fact that Roman numerals have been in existence much longer than Arabic numerals, and as such they are bound to have an air of rarity and edification that can come only with time.

That is why it is so easy for Roman numerals to be roman-tic. But that doesn’t mean the infectious charisma of Arabic numerals and their overwhelmingly idealistic stature for everyday humdrum and extreme uses can be overlooked. It is simple. If you want functionality, and it is durability you seek, you would put your hard-earned money on a G-Shock rather than having your heart invested in a Jacob & Co Astronomia Tourbillon. I am not saying that you have to wear the Astronomia Tourbillon to a special occasion, as wearing that watch itself is an astronomical occasion, but I will go out on a limb to say this: it is better to wear your not-so-favorite watch with Roman numerals on significant occasions than your favorite watch with Arabic numerals. Roman numerals mark history.