The bright spotlights of Baselworld 2015 lit up a plethora of eye-catching watches of every shape, color, and complication. However, it was only when the lights were turned down or off that a few of the timepieces showed that their dark sides were actually quite bright.

Here are seven lume-heavy watches from Patek Philippe, Romain Jerome, Chopard, Valbray, Bell & Ross, Bulgari, and Glashütte Original that caught our eyes when the lights were dimmed way down low. The Patek Philippe Calatrava Pilot Travel Time Reference 5524 was one of the most talked about watches from Baselworld 2015 . . . and had one of the brightest lumes

The internet was abuzz with heated debate over whether Patek Philippe should have launched a pilot’s watch at all, but not so much on whether the Calatrava Pilot Travel Time Reference 5524 is a good watch regardless of the brand name on the dial. One thing that’s not debatable is the high legibility of the indications both by day and by night. The Romain Jerome Batman-DNA shines the bat signal at night The lume of the Valbray Oculus Chrono lights up the night sky, but only when the dial’s “aperture” is open

Valbray’s party trick is that its collection watches contain an element that allows the dial to open and close like a camera aperture to reveal additional displays or mechanisms. In the case of the Oculus Chrono, though, opening the dial reveals a sunburst of lume and light as well. 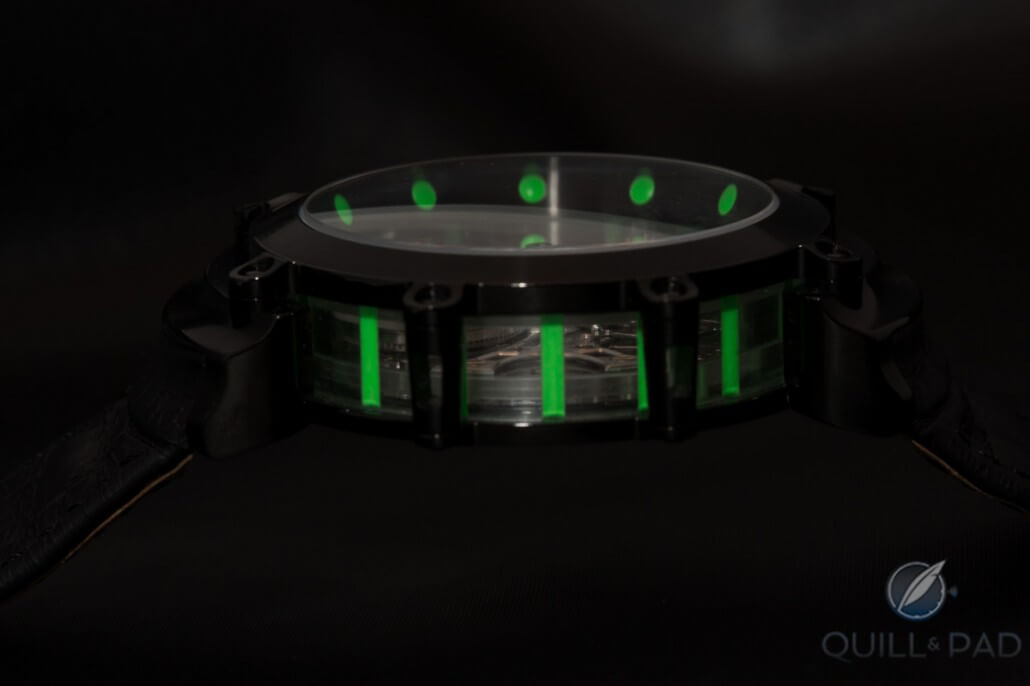 A tourbillon in a black titanium and sapphire crystal case should inherently be spectacular by day, but Bulgari has ensured that the Tourbillon Saphir Ultranero looks just as good, if not better, in the dark. 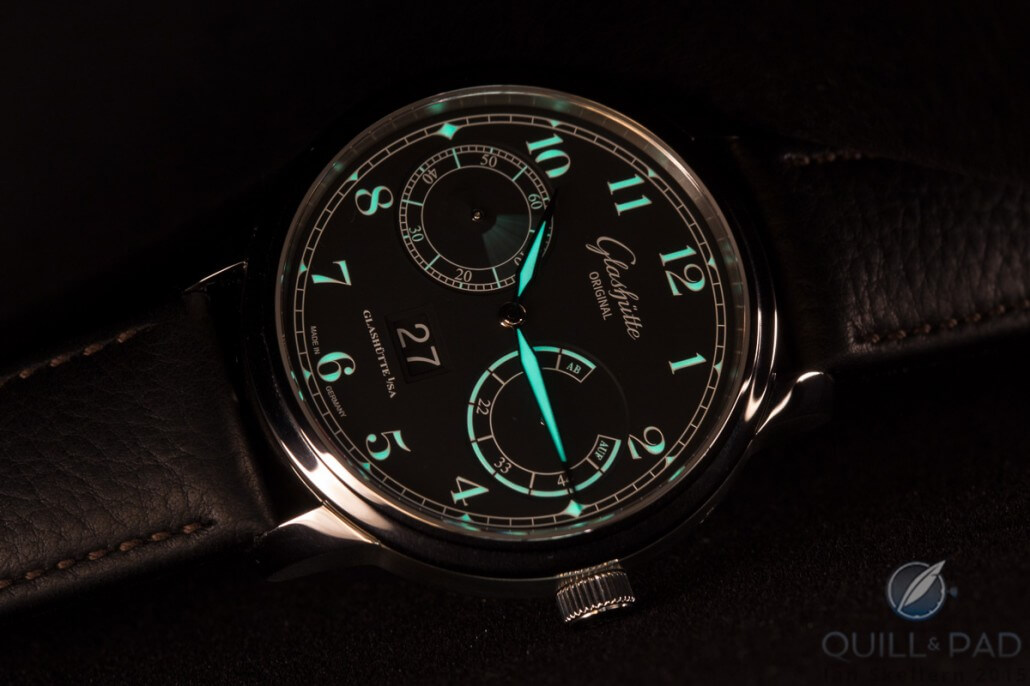 Glashütte Original is known for practical timepieces, and this Senator Observer is highly legible both day and night

While superficially looking like a pilot’s watch, the Senator Observer by Glashütte Original is actually styled after an observation or deck watch, which was used by navigators at sea. The bright lume on this model should make sailing by night a breeze. 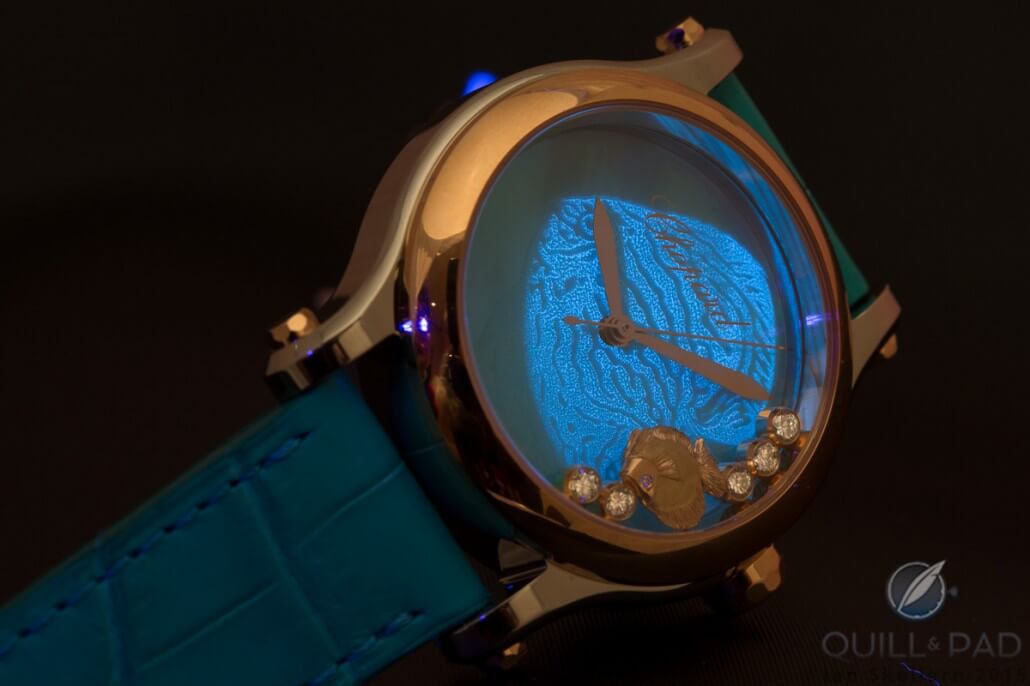 In the light this looks like a normal member of the Chopard Happy Diamonds line, but in the dark a larger glowing fish appears, really making the observer “happy”

This multi-faceted métiers d’art timepiece from Chopard possesses a glowing secret that is only visible when the lights go down: a playfully poetic fish swims out from behind a dark reef to brighten up anyone’s day. The Bell & Ross Skull looks darkly menacing by day, but comes out to play night

This may remind you of a pirate, but rest assured that this skull-themed BR 01 from Bell & Ross  is firmly rooted in the air (as in pilot, not pirate!). The extreme lume on the trendy skull ensures that it will be seen even on the darkest Halloween night.