Connoisseur (noun): “Expert; one who understands the details, technique, or principles of an art and is competent to act as a critical judge.”

Whenever someone discusses collecting of any sort, the word connoisseur inevitably enters the conversation to describe the most knowledgeable and discerning collectors, those that are in the know.

Of course, every topic or category of collectible has its own unique set of details in which a collector can become versed. Eventually, a collector can learn enough about the topic to understand the intricacies of what is or is not desirable and thus make educated decisions on what to collect.

The world of watch collecting is no exception, and the time spent (no pun intended) learning the history and importance behind brands, movements, and complications usually results in a certain attitude toward various types of watches.

Watches come in a wide variety of levels of complexity, finishing, and rarity. Depending on what the individual collector’s goals are, collections may vary wildly from each other. But when discerning horological connoisseurs compare notes, there are always similarities. There might be brands that nearly always hold high positions in the best collections as well as specific complications “required” for a well-rounded horological anthology. But one of the “musts” that you are likely to find among higher-end watch collections may at first seem like a feature more suited for the everyday watch collector on the opposite side of the financial spectrum: a manually wound movement. For many connoisseurs of haute horlogerie, the best watchmaking (and therefore the best watches) tend to feature classic, manual winding movements over the more complicated automatic winding movements.

In the following I will explain why I think manual winding watches are for horological connoisseurs and why more complexity isn’t necessarily better.

The topic of complexity versus beauty is one of the more subtle and nuanced arguments that collectors like to discuss, probably because it is entirely subjective. High-end horology is typically defined by many specific aspects, one being extremely fine finishing of components.

Unless we are talking about dual-sided grand complications where the movement is usually hidden, nearly all haute horlogerie today includes a glimpse into the movement via a see-through case back. Display backs were not always the standard in watchmaking, and it’s only more recently that the feature has become standard on high-end watches as the entire industry shifted its marketing focus. Quartz watches and cheaper mechanical watches lack the intensive hand-finishing found on high-end pieces, and most quartz or digital watches lack interesting movements to see anyway.

Brands creating fine watches realized that a major selling point of traditionally made timepieces was the movement and were happy to show off all of the hard work that went into it by many craftspeople over days, weeks, or months.

As time progressed, the movements became the stars of the show and were featured prominently as selling points along with the intensive craftsmanship that went into each one. The fine finishing and complexity of the movements became the focus for many collectors who were delighted to see what their money was purchasing. This presented collectors and watch brands with a conundrum: why put all that effort into finishing a movement to such a high degree only to cover it up with a winding rotor and the automatic mechanism? So, contrary to tourbillons, minute repeaters, and chronographs, the automatic winding mechanism became mechanism non grata for ultra-fine watches. The spectacular finishing and extreme complexity of the movements and their complications could not be covered up by something else. Every rule has its exceptions, but it is remarkable how many high-end timepieces opt for manual winding over automatic winding and how many collectors prefer this for haute horlogerie.

I can completely understand the reasoning as well. Every single movement I think that I would consider for inclusion in a list of top 10 most beautiful movements is manually wound. The layout and design of the movements, and the view into the mechanisms is simply stunning- To cover them up with a winding mechanism would truly be sacrilegious.

I think of the Jaeger-LeCoultre Duomètre, A. Lange & Söhne Datograph and Double Split, F.P. Journe Chronomètre à Resonance, anything by Kari Voutilainen, and of course the Greubel Forsey Double Tourbillon Technique. Honestly, give me long enough and I could make a list pages long with absolutely gorgeous movements that are manual winding only. Shining star: the movement of the A. Lange & Söhne Datograph Perpetual

The desire to see the movement and not have it largely hidden behind behind a winding rotor sometimes is greater than the convenience automatic winding presents. Having the mechanism be just that much simpler also allows it to be cleaner in its presentation since the movement can be presented as a crafted work of art instead of an ever-changing, partially hidden landscape.

There are many great movements featuring automatic winding (especially among perpetual calendars), but it truly seems like the best of the best are as classic as can be with manual winding.

History and a physical connection

The ”classic-ness” of the movement is the other side of the argument. Automatic winding has only been in wide use for less than 100 years, so it is a relatively new development when considering the more than 500 years of watchmaking history. If history, heritage, and tradition are valued highly in haute horlogerie, it would follow that newer mechanisms might lessen the perceived value of creations as they are the new kids on the block.

More traditionally designed movements featuring classic complications and architecture are generally perceived as better as the price bracket goes up. 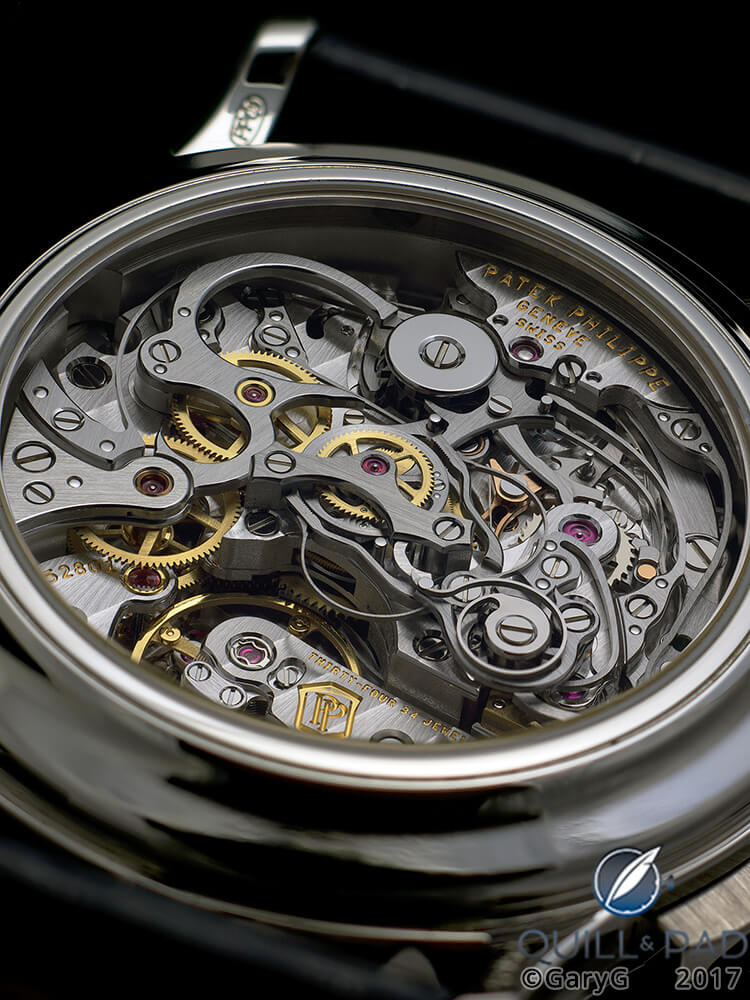 As previously mentioned, there are always exceptions to the rule, but historical similarities bode well for a movement’s provenance where collectors are concerned. There is something special when a movement looks like it could have been made two centuries ago by skilled craftsmen but instead was made in the modern day using the same time-honored techniques.

The emotional value placed on heritage is very strong, which is why brands go to such great lengths to establish a watch’s connection to history. 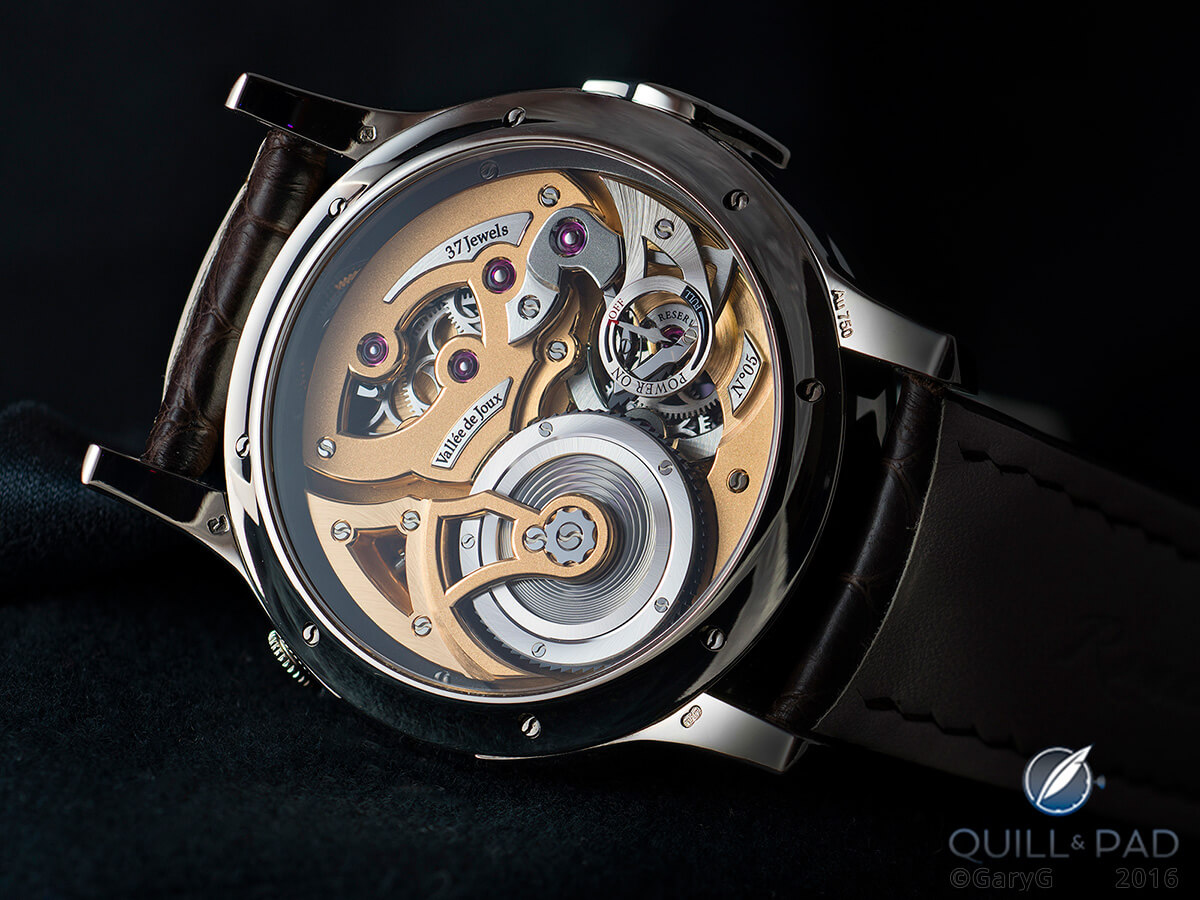 Romain Gauthier Logical One movement side

The emotional tie can be crucial to a collector’s desire to possess a piece: playing to that emotional connection are the discussions of technique and design, not necessarily ease of use and practicality. If anything, the methodical and deliberate method of manually winding the watch is emphasized for its basis in tradition.

This can be why the physical act of winding a watch every day becomes an important ritual to the horological connoisseur: it represents a link to the past and a physical connection to your story.

A lot of this dialogue might sound overplayed or perhaps even manipulative and hollow, but the meaning is not for anyone but yourself to decide. Many watch connoisseurs truly enjoy the few moments every day spent winding their watches, and this interaction with the object creates not only visual memories, but flesh memories. Feeling the ridges on the crown and resistance of the mainspring while hearing the satisfying tick of the ratchet click as you slowly wind it. It is surprising how many fine details a person can retain and how many of them can become important components of daily life. Try going on vacation to someplace new for a week and see if you don’t feel even a little bit weird when you don’t have the same routine tasks to do in the morning because you are in a new place and the familiarity is gone.

The routine of winding a watch can be just as satisfying as walking your dog or sleeping in your own bed.

But with an automatic watch, all of that specific interaction is gone, taken care of by the automatic winding mechanism. The connection to the watch, the one you love to stare at, is weakened. Many (if not all) watches before the 1980s did not display the movement anyway, and so with the addition of automatic winding mechanisms a high percentage were becoming no different than any other appliance you simply used and forgot about. Yet older wrist and pocket watches need to be wound, and the re-emergence of classic horology in the fast-paced world we occupy reminds us of a time before us, and we feel the pangs of anemoia, nostalgia for a time we’ve never known but hold dearly as if it was a better time, a simpler time.

These emotions, these connections to the watch come from its classical architecture and the interaction that is required to help it keep time. As time slips by, it keeps you rooted to the present with thoughts of the past simply through one little action: winding your crown.

Horology connoisseurs look for this because it bestows meaning, value, and purpose to the watch, something that automatics may be perceived to lack. It’s the difference between playing a grand piano and tapping on a smartphone screen to play a virtual keyboard. Sure, it might do the same thing technically, but the original is better because it’s more visceral.

Manual winding watches give you a physical connection that can’t be matched with an automatic, and the visual appeal of seeing the full movement can’t be denied. There are of course many collections where automatics are highly prized and many high-end pieces that feature fantastic automatic mechanisms, but to horological connoisseurs manual winding can make a timepiece more serious, more rooted in reality.

When you have a daily responsibility to an object for its continued use and function, this creates a bond. For these reasons, I believe the manual winding watch is suited to the haute horlogerie connoisseur, the collector discerning value from more than just the cost of the watch.

Interestingly, this doesn’t diminish the incredible nature of the automatic winding watch; instead, it places it into a different category, a category occupied by watch enthusiasts. You can be both a connoisseur and an enthusiast, but the goals of each sway in different directions.

As you form your own opinions about what you value, you can perhaps take a fresh look at complications and the intended uses of watches and see if you find new categories yourself. I’ll return with another “Here’s Why” to discuss why automatic watches are for watch enthusiasts.
Until then, happy collecting and don’t forget to be awesome!

* This article was first published on June 4, 2017 at Here’s Why: Manual Winding Watches Are For Horological Connoisseurs.