How Dangerous Is It To Wear Your Watches In Public? (With Tips For Minimizing The Risks)

Watches are made to be worn! From the time of my very first article here at Quill & Pad, I’ve argued that failing to wear the mechanical marvels we all love not only markedly reduces the joy of our hobby, but also is disrespectful to the designers and makers who created devices that are as functional as they are beautiful.

For a while, however, it has been increasingly difficult to ignore the stream of online videos and news articles about the phenomenon of watch-related muggings, including an alarming number of violent attacks resulting in serious injury or death. 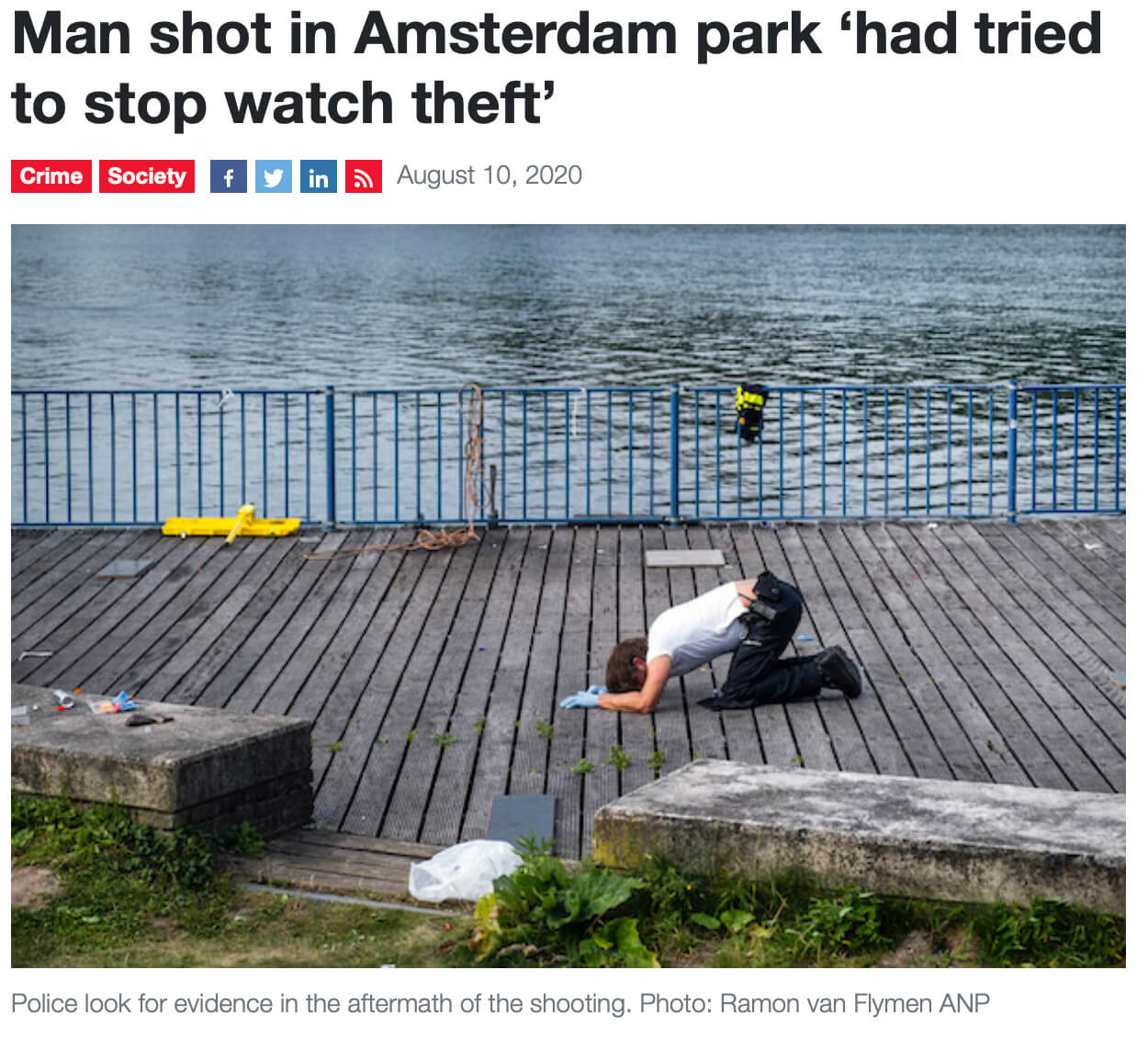 As a collector, and a fairly visible one at that, I’ve certainly been paying attention to these reports and wondering whether it makes sense these days to wear one’s valuable pieces in public. To help, I polled a group of 20 watch enthusiast friends from around the world to see whether they are more concerned these days about their personal safety while wearing watches and to learn what steps they are taking to keep safe.

If your only evidence was the set of results garnered from a quick online search of the terms “watch” and “robbery” with either “Rolex,” “Richard Mille,” or “Audemars Piguet” thrown in for good measure, you might never leave the house again! 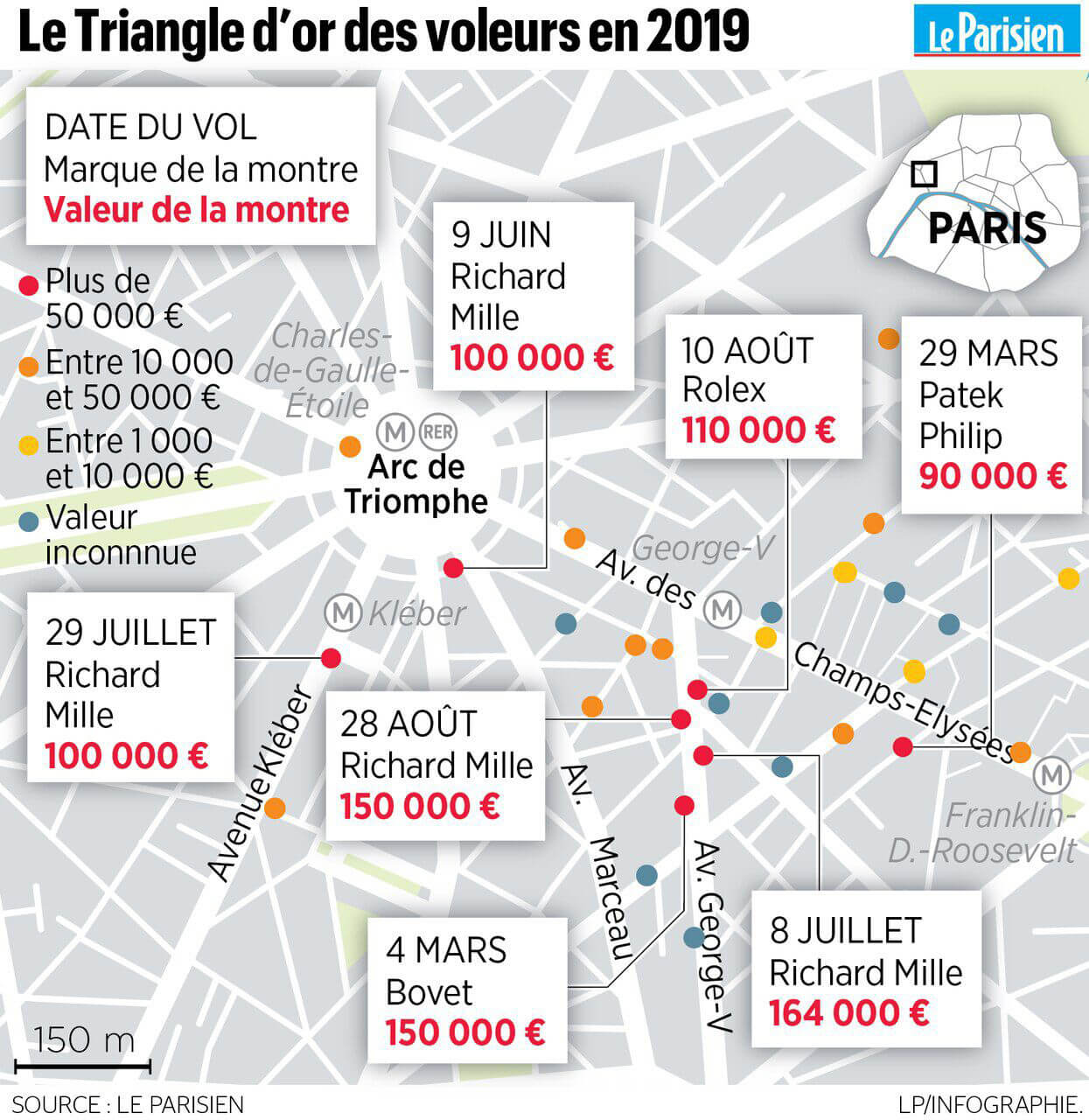 In the first three quarters of 2019 alone, Paris police reported 71 muggings resulting in the loss of watches with a total value of almost $3 million according to Le Parisien. And a quick look at the map above from the same source shows us that these attacks weren’t exactly taking place in dark alleys in the seedy parts of town, but rather on the Champs-Elysées and Av. George-V.

Watch buddy Waldo (I’ve disguised the names of everyone quoted unless stated otherwise) talks about Paris: “Wearing a high-end watch in Paris is becoming a dangerous game and if you think that these guys only know Rolex, you are wrong. A childhood friend of mine had his Patek Philippe 5970G stolen in broad daylight on Rue Saint-Honoré (yes, that’s where the French President lives), and he was with his brother-in-law, their wives, and kids. Four guys, with two of them on a Vespa. It took about 40 seconds.”

And Paris isn’t alone: other friends reported their own or friends’ experiences with watch muggings in Spain (where the robber said “give me your triple bridge tourbillon” to the victim, who was wearing the selfsame Girard-Perregaux model) and in London. London seems to be a hotbed of watch-related crime, if one goes by the frequency of video and news postings such as the video below of a fellow who seems to be minding his own business, in his own office, until things go horribly wrong.

In December of 2019, a young Omani lost his life on the sidewalk outside of Harrod’s – perhaps 200 meters from where I once lived – during the robbery of his Rolex. 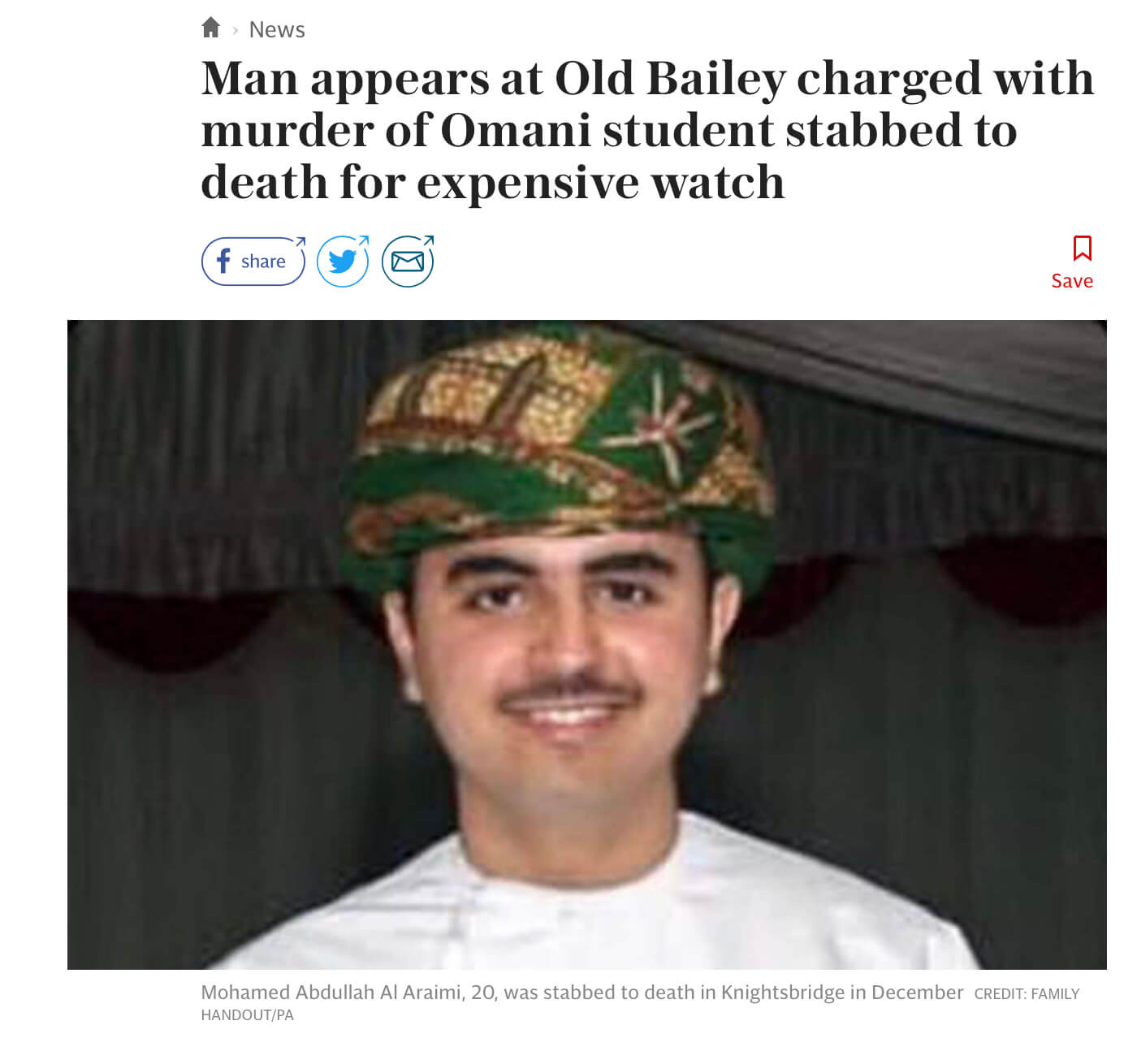 Paying with your life: student killed during Rolex robbery (photo courtesy ‘The Telegraph’)

Even Switzerland, a place that I perhaps naively believed to be among the safest on earth, is not immune. For years I’d been warned about imposters posing as police officers and stopping likely-looking victims on the Pont du Mont-Blanc and elsewhere. And journalist Sophie Furley, in addition to telling me her story about losing her own Cartier watch years ago to a thief dressed as a construction worker, mentioned two friends of hers: one who successfully fought off muggers in Geneva during SIHH and the other who was robbed while buying a transit ticket to Palexpo! 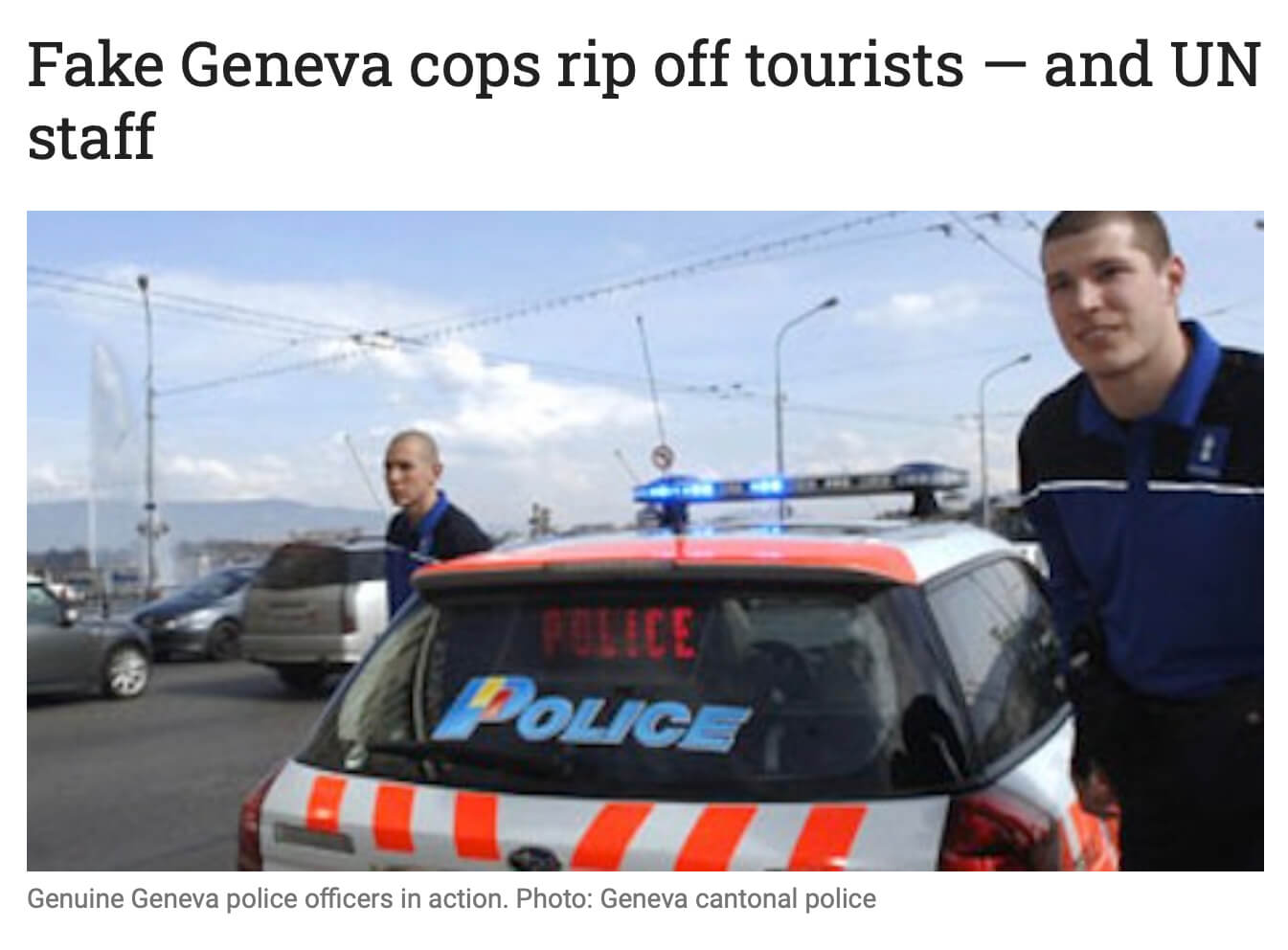 When I asked my own unscientific sample of 20 watch enthusiasts whether they felt relatively safe or not when wearing their watches, I was expecting a flood of tales of horror and fearful behavior. Instead, the responses were split straight down the middle, with ten saying that they felt that conditions were worse than before or that they were being more vigilant, and the other ten saying that they were not concerned or were proceeding pretty much as always.

I’ve now determined that at least one of my U.S. watch pals is absolutely fearless as well as fully prepared. “As someone who has been robbed at gunpoint three times before, I am not worried at all wearing my watches in public as most of them are fairly understated in appearance. But you should pick your spots and not walk into any dark alleys at night without carrying a piece yourself. Use some common sense and look pissed off as if you are going to whoop some ass if some strangers come up to you. I call that the ‘New York look’.”

For the others, the degree of comfort or discomfort seems linked to three factors: where they are, what they are wearing, and how they are wearing it. Friends from India and Singapore, for instance, report that they are absolutely confident wearing their nicest pieces while out and about, and two buddies from South America say that they have not changed their behavior, either – although there was a bit of an unexpected twist for me in one of the responses. “Here it is okay and I’m wearing them as usual. I do drive a bulletproof car just to be safer.”

I’ve already leaned on Paris enough, but there were other stories of pals’ discomfort being seen with expensive belongings there. Closer to home, San Francisco came in for criticism from a few of my home area friends, including Chuck. “I was just in Union Square picking up a watch (from a local authorized dealer) and I felt quite exposed walking on the street as there was not much pedestrian traffic except for a few homeless guys eyeing my shopping bag.” 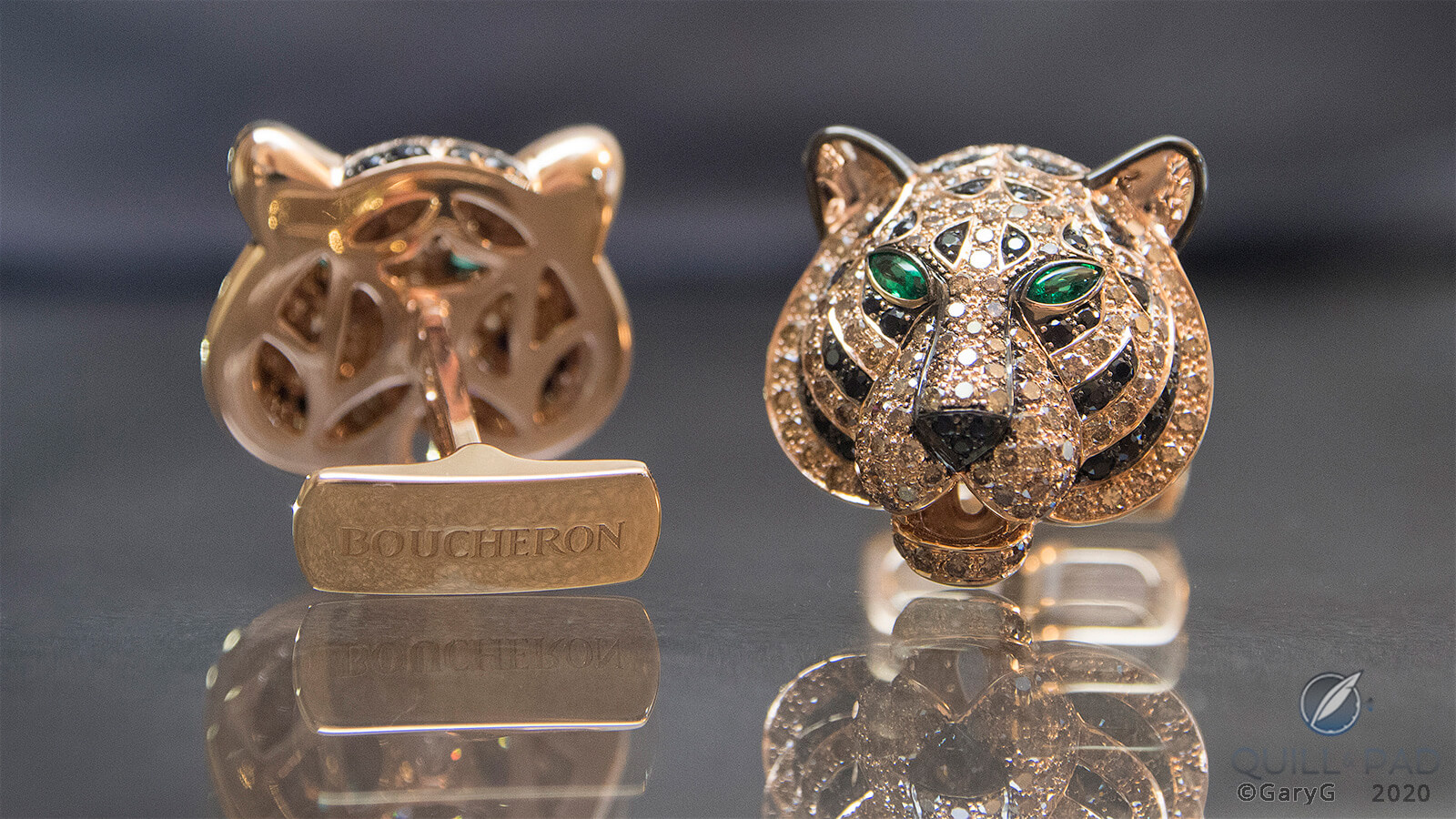 Can they be worn? The author’s Boucheron tiger cufflinks

One common pattern that somewhat surprised me was that people felt more exposed in high-end shopping areas than in other parts of town. When I asked folks what they were doing to stay safer, several gave responses such as “avoid smart streets” and “don’t go to watch stores.” Blasphemy!

That said, I do remember the shocked look that the sales advisor at Boucheron (sorry, Paris again!) gave me when upon picking up my bespoke cufflinks I began affixing them to my cuffs, advising me in no uncertain terms that I should keep them hidden and exercise special care when exiting the boutique.

The issue of home vs. away came into play for Patrick. “I rarely fly out of town with any of my most favorite watches. Any of these three or four would be extremely difficult to replace with comparable specimens so, sadly, they are pretty much homebound.”

And perhaps the glummest assessment came from Greg. “In Chicago these days, I don’t wear a watch outside at all.” 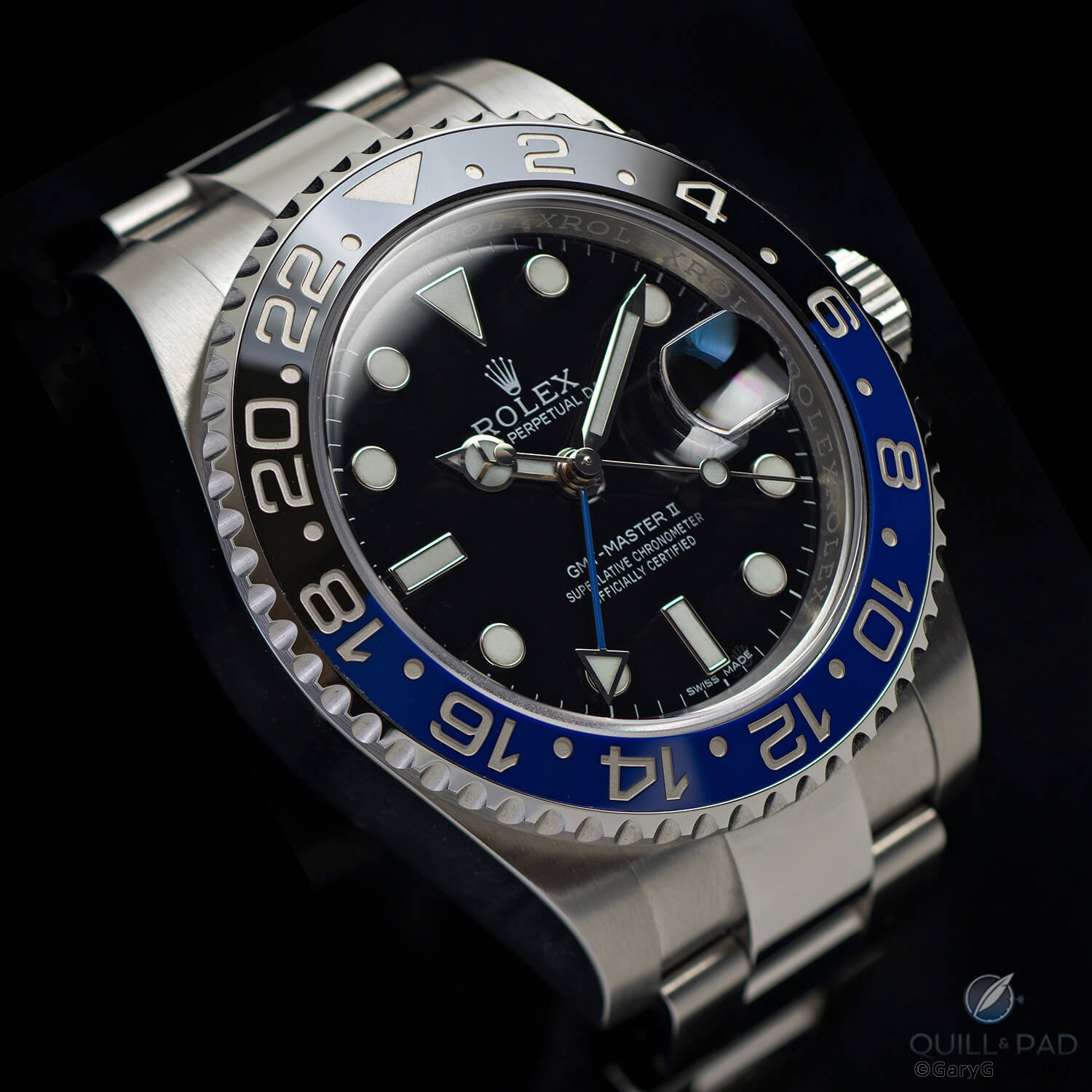 Too hot for Chicago or anywhere? Rolex GMT-Master II “Batman”

Assuming that they were wearing watches, what to wear also featured prominently in the responses and was a major determinant of people’s levels of comfort. 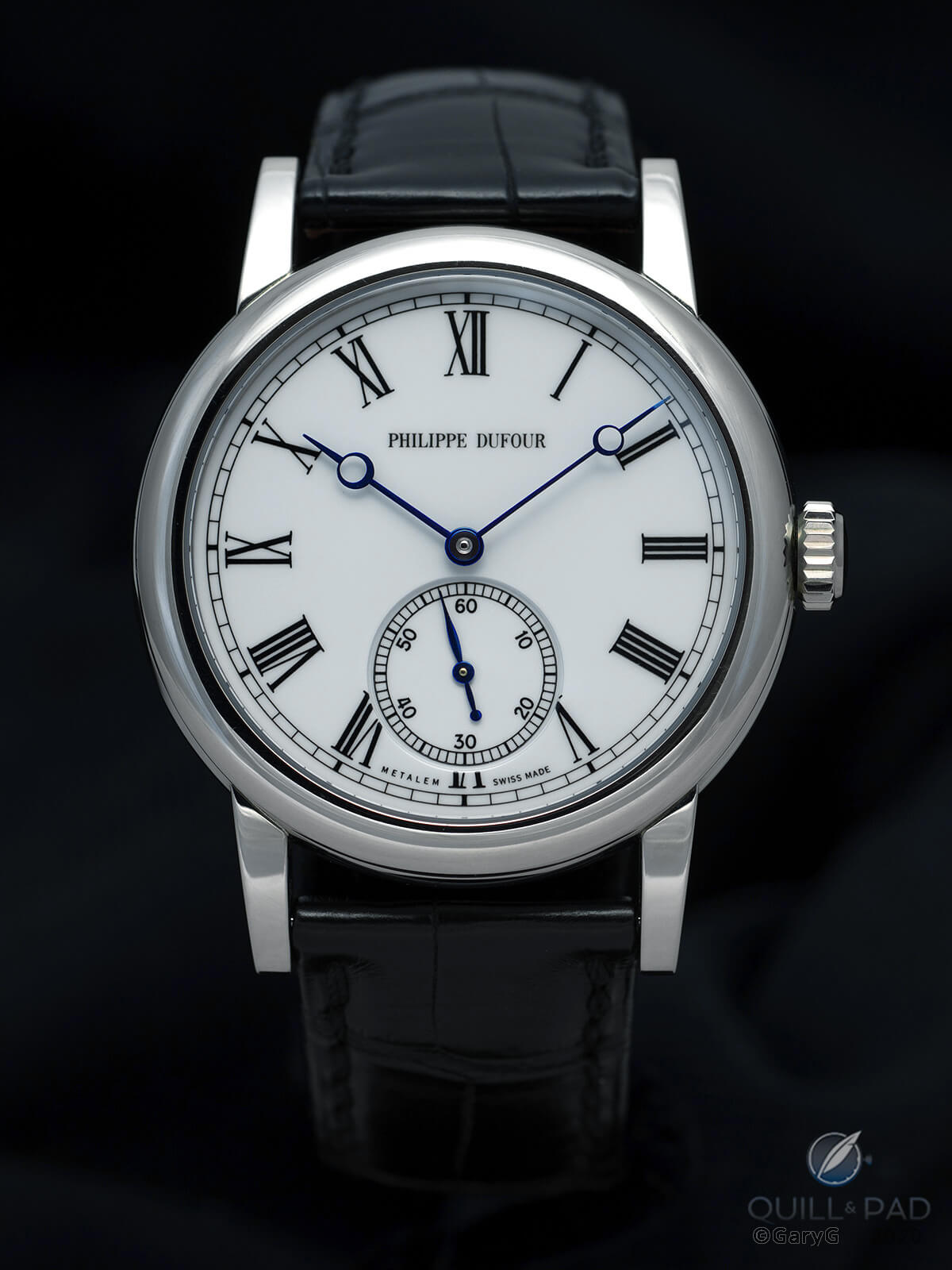 And how to wear watches also figured in.

Others mentioned avoiding flashy clothing, one even saying that he “dresses like a bum.” Although another member of the group responded that might make it difficult to get any attention at watch stores!

If things are worse, why is that?

Along the way, my friends put forward a variety of arguments as to why things have gotten worse for showing your watches publicly – if indeed they have. Here’s what they said. 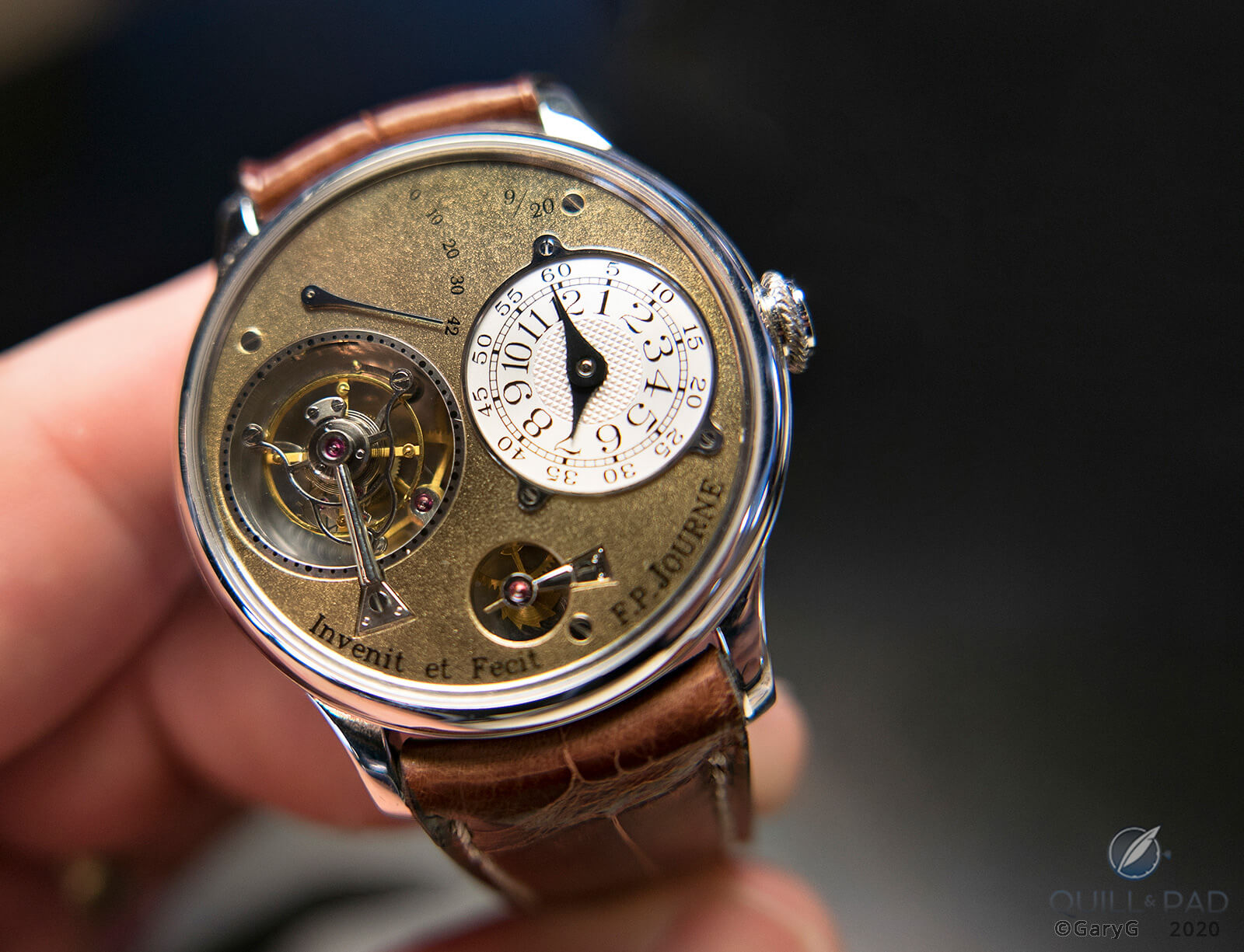 Car and watch pal Enzo, whose wisdom has appeared on these pages previously, sums up the spirit of the current times. “I do think that there is a distinct chill in the air when it comes to the appearance of luxury (at least in the U.S.). I’m hearing it from the car collector community as well. People are hesitant to be seen with valuable items like watches and cars. It is a shame because most of us do not own such things to be ‘seen’ with them. We just appreciate them and want to use them, not lock them away in a safe or garage.”

This is the disappointing part where I say that I can’t tell you what to do – but that I hope that the reflections and comments of my 20 friends are useful as you chart your own path.

If you’ve had an uneasy sense about this topic, though, you’re not alone; it’s been a consistent topic of conversation in my circles for a while, and the issue is prominent enough that it has spawned at least one product designed to address it: the Luxwi watch lock. The whole Luxwi story bears deeper investigation, but in brief it is a small “lock” designed to secure the clasp of a watch bracelet and, at least in the original marketing messages, help to deter or avoid theft as well as incidental loss. 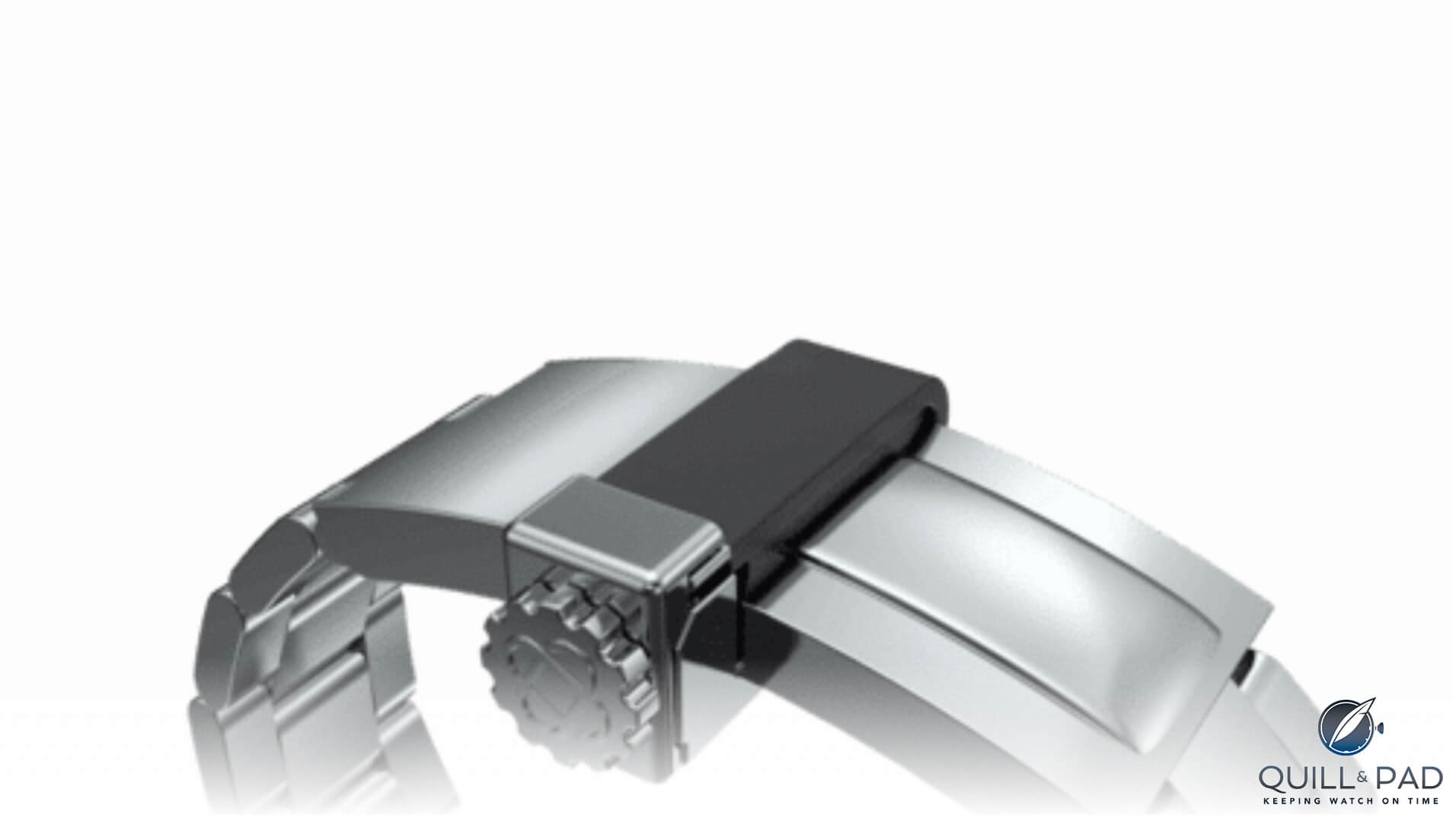 Luxwi lock: back to the drawing board

The market blowback upon launch of the Luxwi lock was both immediate and severe. The major complaints being that a) the lock wouldn’t work because the spring bars are the weakest point of a bracelet and that strengthening the clasp would not guard against robbers and b) the product would work, and in the ensuing delay the robbers would be more inclined to harm or kill the watch owner.

When I approached the original promoter of the product for input to this article, he asked for a set of written queries and upon receiving them declined to comment and suggested I contact another member of the project.

What I won’t be doing is buying a Luxwi. Some of the things I will be doing, though are as follows. 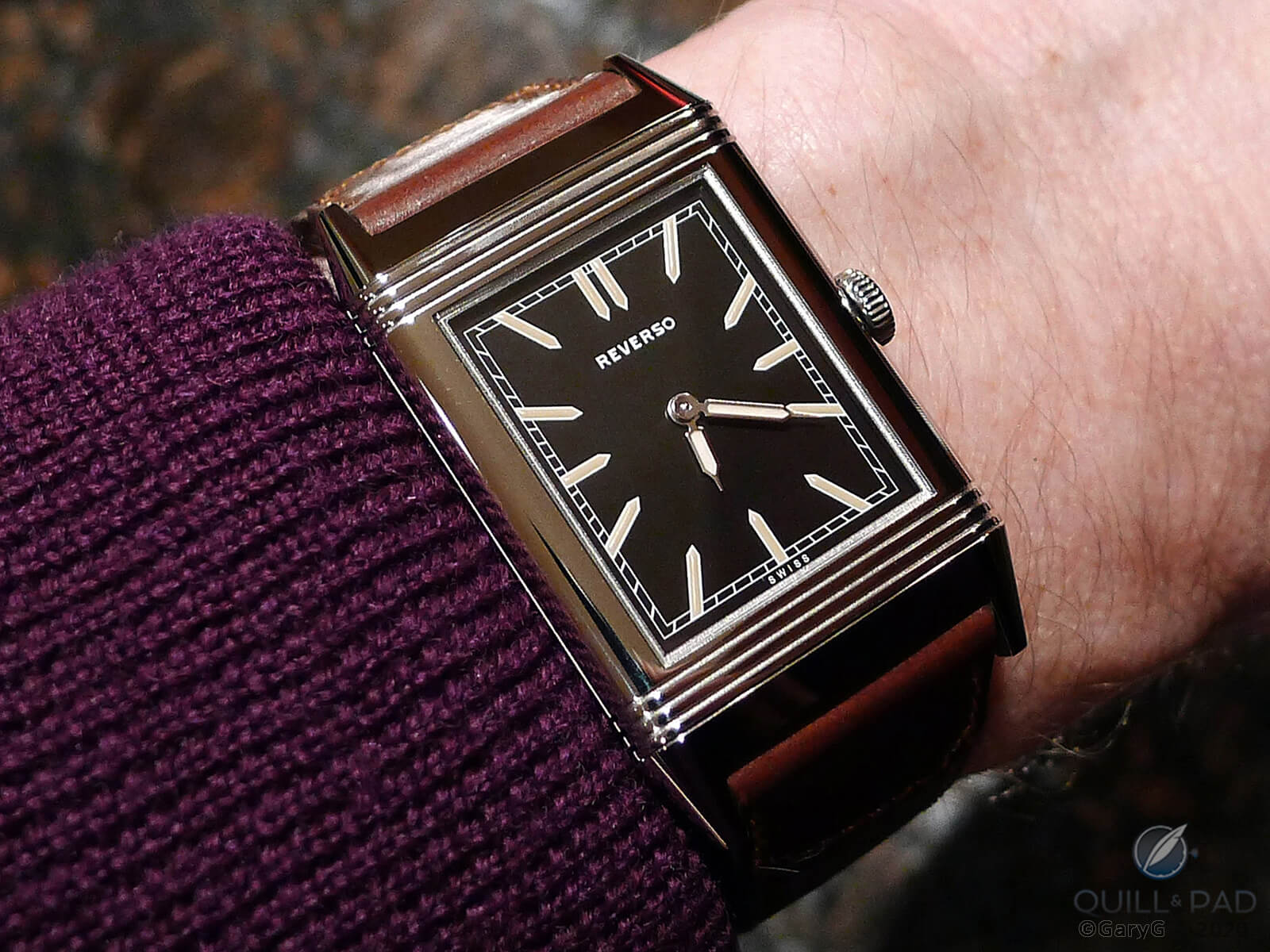 Parting shot: feeling safe with the Jaeger-LeCoultre Tribute to Reverso 1931 in steel

Are you feeling safe? I’ll look forward to hearing your thoughts in the comments below, and in the meantime wish you happy wearing!

Watch Collecting Regrets? I’ve Had A Few, But Not Too Few To Mention: They Include Selling Too Soon And Failing To Buy